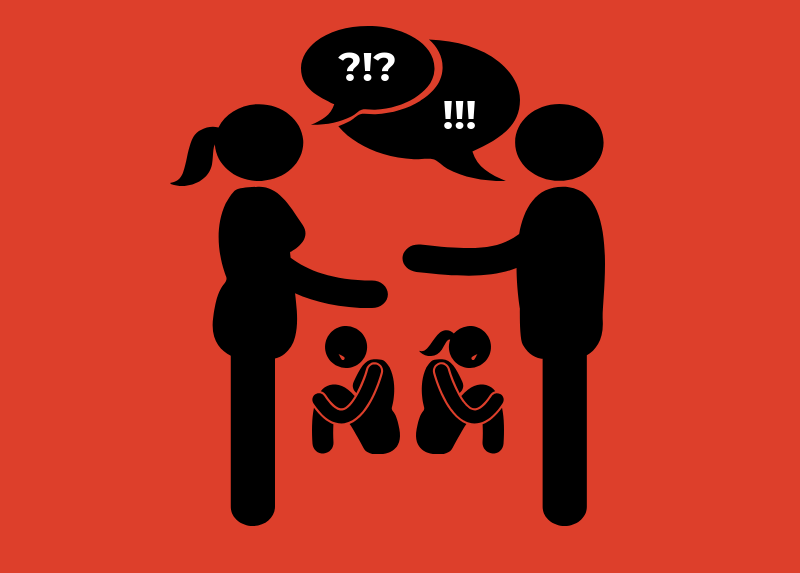 A new University of Michigan study published in the Journal of Interpersonal Violence found that when parents listen or use humor to resolve conflicts, their children report fewer emotional and behavior problems.

But, not surprisingly, if parents become verbally aggressive with blaming and putdowns of each other, children had more emotional and behavior problems as their confidence erodes in their parents’ ability to provide support and protection, said lead author Joyce Lee, U-M doctoral student in social work and psychology.

Families from all socioeconomic backgrounds are affected by parental conflict. The rates tend to be higher in low-income households that deal with poverty, stress and unemployment.

The study, conducted in eight U.S. cities, asked nearly 1,300 low-income, unmarried mothers about their children’s behavior when conflict with the child’s father arises. In order to answer the conflict questions, couples needed some contact with each other—at the minimum, a few times a month.

Respondents also disclosed if domestic violence occurred in the home. About 17 percent of the mothers reported that the abuse happened.

The findings indicate that multiple forms of conflict between parents play different roles in children’s developmental outcomes, suggesting that child emotional security may be an important target for clinical interventions focusing on parent education.