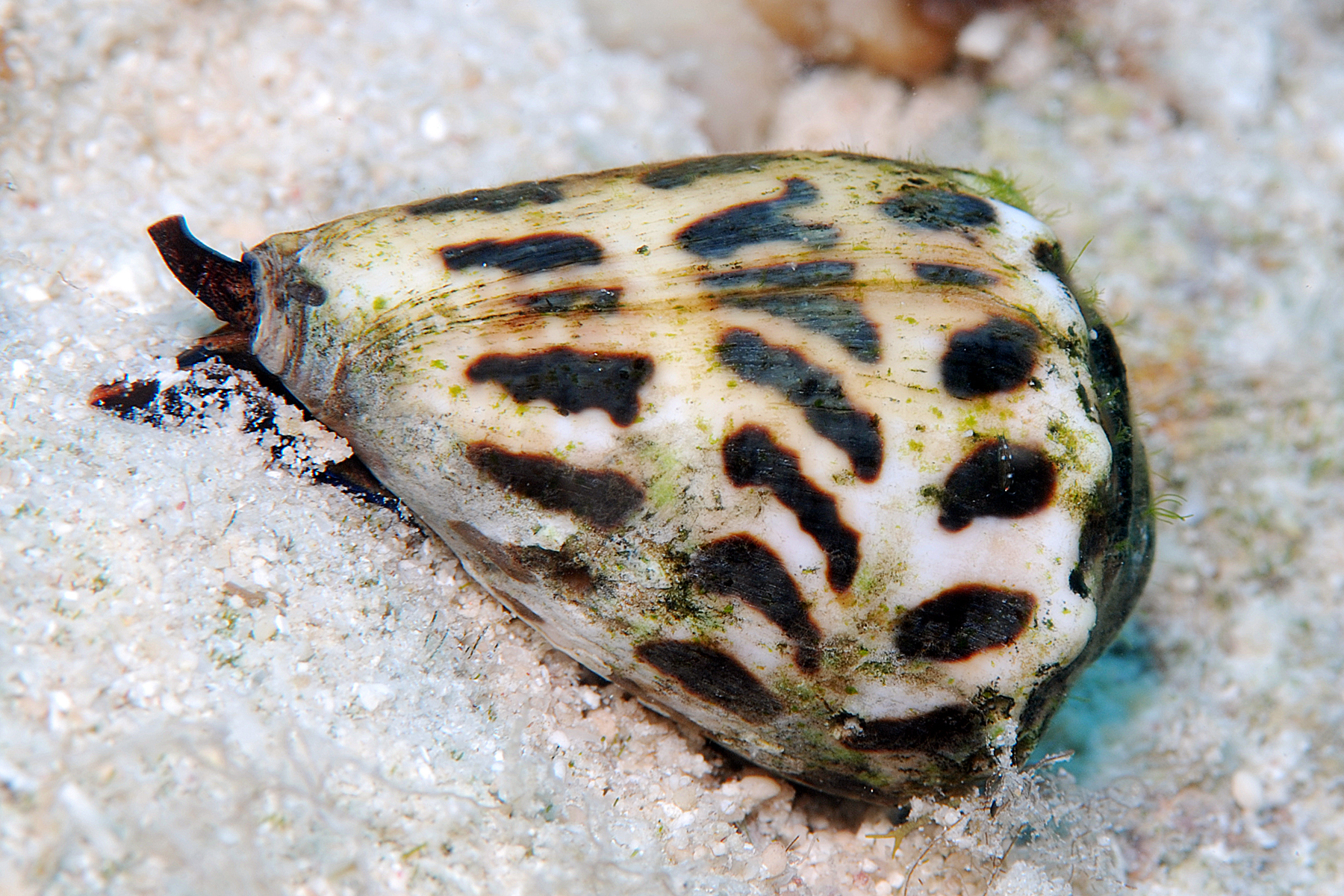 A Hebrew cone snail, Conus ebraeus, searching for food on a reef. Populations of C. ebraeus refine their venom based on the the composition and diversity of local prey species. Image credit: Jeanette JohnsonANN ARBOR—A new study by University of Michigan biologists suggests that some predatory marine cone snails evolved a highly diverse set of venoms that enables them to capture and paralyze a broad range of prey species.

When cone snails sink their harpoon-like teeth into their prey, they inject paralyzing venoms made from a potent mix of more than 100 different neurotoxins known as conotoxins.

The genes that provide the recipes for conotoxin cocktails are among the fastest-evolving genes in the animal kingdom, enabling these snails to constantly refine their venoms to more precisely target the neuromuscular systems of their prey.

U-M researchers showed that the mix of neurotoxins in cone-snail venom varies from place to place and is more diverse at locations where the snails have a broad range of prey species. In addition, they concluded that the observed patterns of local conotoxin variation are likely due to natural selection.

That’s a significant finding because it is often difficult for biologists to determine whether place-to-place variations in an organism’s observable traits—the wide range of beak sizes and shapes in the Galapagos Islands finches studied by Charles Darwin, for example—are the result of evolution by natural selection or some other factor, such as the reproductive isolation of a population of animals or plants.

In addition, the U-M researchers were able to directly target the genes responsible for the observed conotoxin patterns. A paper summarizing the work is scheduled for online publication in the journal Proceedings of the Royal Society B on March 18.

“The differences in venom composition that we observed correspond to differences in prey, and a higher diversity of venom is used to capture more prey species,” said first author Dan Chang, formerly a doctoral student in the U-M Department of Ecology and Evolutionary Biology and now a postdoctoral researcher at the University of California, Santa Cruz.

“Our results suggest that prey diversity affects the evolution of predation genes and imply that these predators develop a more diverse venom repertoire in order to effectively subdue a broader range of prey species,” Chang said.

The study involved a common species of tropical, worm-eating cone snail, Conus ebraeus, collected at locations in Hawaii, Guam and American Samoa. These snails are about an inch long and are commonly known as Hebrew cone snails. Their shells are white with black rectangular markings that form a distinctive checkerboard pattern.

The researchers characterized the patterns of genetic variation in five toxin genes in C. ebraeus snails from the three locations. They also collected fecal samples from the snails to determine the types of worms they ate.

“We demonstrated that venom genes used for predation are highly affected by local variation in prey diversity and geographic heterogeneity in prey compositions,” Chang said. “Not all conotoxin genes are affected in the same way though, which implies that these genes may have distinct functional roles and evolutionary pathways.”

The other U-M authors are Thomas Duda and Amy Olenzek. The study was funded by a National Science Foundation grant to Duda, who is an associate professor in the Department of Ecology and Evolutionary Biology and an associate curator at the U-M Museum of Zoology.