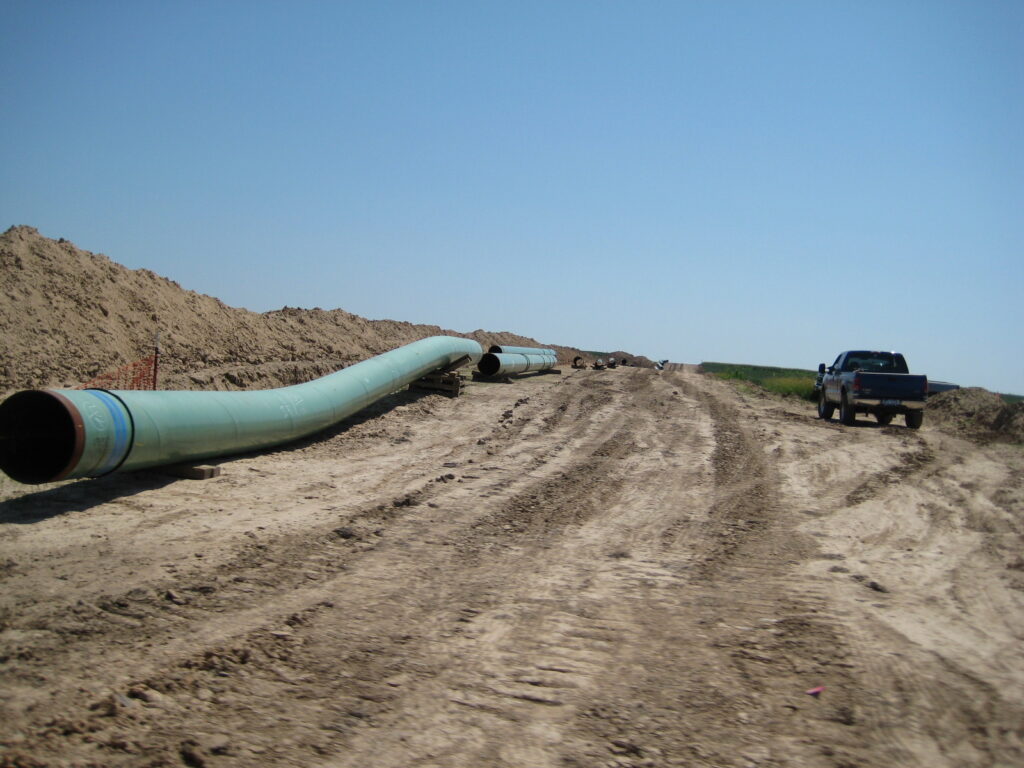 On his first day in office, President Joe Biden signed an executive order revoking the permit, issued by the Trump administration, that allowed construction of the Keystone XL oil pipeline.

Kyle Whyte is the George Willis Pack Professor at the School for Environment and Sustainability and an enrolled member of the Citizen Potawatomi Nation. His research addresses moral and political issues concerning climate policy and Indigenous peoples, the ethics of cooperative relationships between Indigenous peoples and science organizations, and problems of Indigenous justice in public and academic discussions of food sovereignty, environmental justice and the Anthropocene.

“Indigenous peoples in North America have suffered greatly at the hands of fossil fuel industries, both economically and in terms of environmental quality, health and human safety,” he said. “Some Indigenous governments have faced dilemmas, having had to fight for their political and economic self-determination over energy resources on their lands to avoid having those resources being used exploitatively and harmfully by others.

“The Keystone XL project is one among many cases where Indigenous peoples have been concerned that the health of their lands and communities are ignored, and that governments and corporations are not taking seriously their duties of government-to-government consultation with Indigenous peoples and Indigenous rights to free, prior and informed consent.

“Indigenous peoples did not choose to have to live in a fossil fuel-driven energy system that factors into dangerous climate change. Projects like the Keystone XL are at odds with certain widely held Indigenous values that promote safe, healthy and sustainable communities and lifestyles. The action of the Biden/Harris administration to halt the Keystone XL project is hopefully a step in the direction of reforming the overall problems Indigenous peoples face with the energy sector.”

Whyte has partnered with numerous tribes, First Nations and inter-Indigenous organizations in the Great Lakes region and beyond on climate change planning, education and policy. He has served as an author on reports by the U.S. Global Change Research Program and is a former member of the U.S. Federal Advisory Committee on Climate Change and Natural Resource Science and the Michigan Environmental Justice Work Group.

He is one of the authors of a commentary, produced by the Affiliated Tribes of Northwest Indians, on “Solving the Climate Crisis: The Congressional Action Plan for a Clean Energy Economy and a Healthy, Resilient, and Just America.” The commentary outlines major reforms.

Jonathan Overpeck is an interdisciplinary climate scientist and the Samuel A. Graham Dean of the School for Environment and Sustainability. He is an expert on paleoclimate, climate-vegetation interactions, climate and weather extremes, sea-level rise, the impacts of climate change and options for dealing with it. He served as a lead author on the authoritative Intergovernmental Panel on Climate Change 2007 and 2014 reports.

“President Biden has pledged to be the climate action president, and to do what is needed to stop climate change before it’s too late. Central to this pledge is the need to rapidly end the burning of fossil fuels for energy, transportation, and everything else—nothing is more key for stopping climate change,” he said. “Ending the era of fossil fuels is necessary, but it’s tough. One critical step to ending climate change is to halt the deployment of new fossil-fuel infrastructure, and the Keystone XL pipeline project must be halted for this reason—the future of the planet depends on ending this project, and ensuring as much oil and gas as possible ends up forever buried.

“In addition, President Biden has pledged to make environmental justice a centerpiece of his climate action plan, and halting the Keystone XL project is one of the most visible and effective ways he can demonstrate he’s committed to his justice pledge. The Keystone XL project places unfair burdens on Native Americans, their lands and their waters. Corporate wealth and power have often been used in the past to disadvantage and harm Native American communities, and the president’s pledge to halt the Keystone XL pipeline is also a pledge to end the racism and injustice that has no place in the 21st century.”