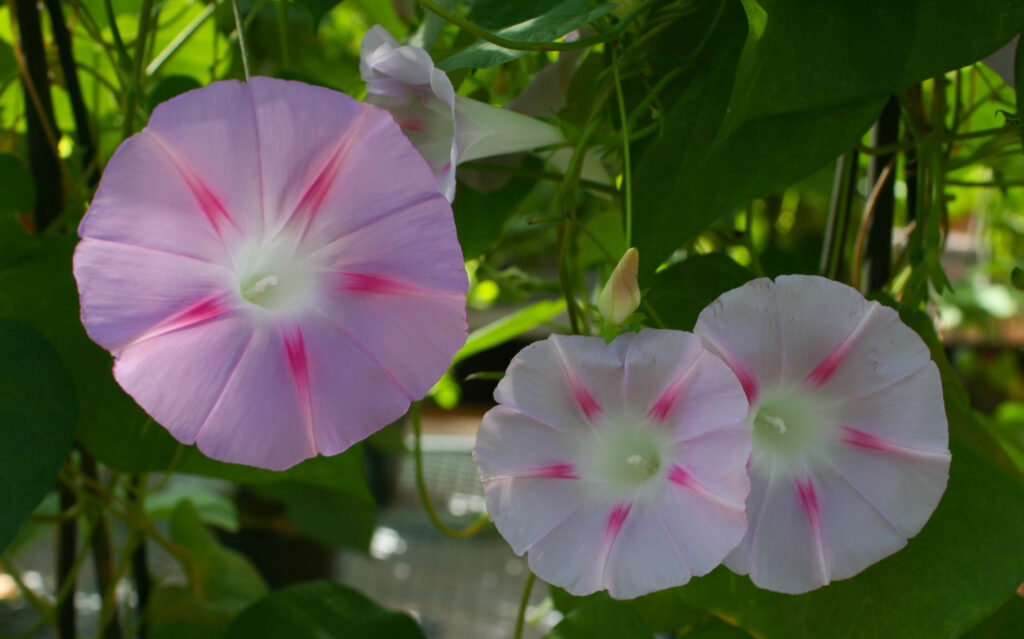 ANN ARBOR—The herbicide Roundup is the most widely used agricultural chemical in history. But over the past two decades, a growing number of weed species have evolved resistance to Roundup’s active ingredient, glyphosate, reducing the product’s dominance somewhat.

Research on the genetic basis of glyphosate resistance has focused largely on target-site resistance, which involves mutations to the single gene that encodes the plant protein disrupted by the herbicide.

Much less attention has been paid to nontarget-site glyphosate resistance, which involves identifying other genes that have mutated in ways that confer resistance to Roundup.

In a study published online Feb. 3 in the journal PLOS Genetics, a team led by University of Michigan plant ecological geneticist Regina Baucom used genome-wide scans to identify nontarget-site glyphosate resistance in the common morning glory, an annual vine that is a noxious agricultural weed.

The researchers identified five regions of the genome that showed strong signs of selection, indicating rapid evolution of resistance. Within these regions, genes that enable the weed to detoxify the herbicide were enriched.

“We show that morning glory exhibits nontarget-site resistance and that detoxification of the herbicide by the plant is a likely resistance mechanism in this species,” said Baucom, associate professor in the U-M Department of Ecology and Evolutionary Biology. “Common morning glory has always been problematic to farmers, with some populations more resistant than others. But until now we didn’t know why it was so problematic.

Overall, the study found evidence for both parallel and nonparallel genetic changes associated with glyphosate resistance in the morning glory, suggesting there are more genetic avenues underlying the adaptation to herbicide than scientists previously considered. In genetic parallelism, separate species or genetic lineages use the same genetic solution in response to selective pressures.

“These findings suggest that resistance in this species is due to a nontarget genetic mechanism, components of which exhibit signs of both parallel and nonparallel responses to selection among populations,” according to the authors.

In addition to Baucom, authors of the study are Megan Van Etten of Pennsylvania State University-Scranton, Kristin Lee of Columbia University and Shu-Mei Chang of the University of Georgia.

The research was funded by the U.S Department of Agriculture, and U-M’s Matthaei Botanical Gardens provided support.