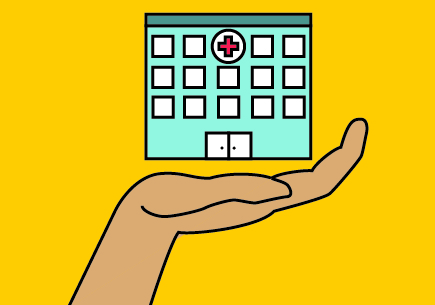 ANN ARBOR—Incentives paid to hospitals to implement electronic health records appear to have paid off, with adoption rates 8 percentage points higher per year over five years for those that were eligible for the payments compared with those that were not, University of Michigan research shows.

The study led by Julia Adler-Milstein, associate professor at the U-M School of Information and School of Public Health, and a colleague from Harvard University looked at data from 4,268 incentive-eligible and 851 ineligible hospitals from 2008 to 2015, before and after the incentives were implemented.

They found that eligible hospital annual adoption rates for electronic health record systems went from 3.2 percent before incentives to 14.2 percent after, while facilities that were ineligible for the incentives increased EHR adoption rates from 0.1 percent to 3.3 percent during the same period.

“Our findings reinforce the common notion that incentives work and we now know that’s true for health IT infrastructure,” Adler-Milstein said. “So where market failures exist, and given the current political interest in infrastructure investment, government incentives should perhaps be more widely used.”

The findings are reported in the August issue of Health Affairs.

The Health Information Technology for Economic and Clinical Health Act of 2009 (HITECH) provided incentives to acute care hospitals to adopt electronic health records, with a goal to improve the quality and efficiency of care. The federal government has paid these hospitals about $21 billion in incentives to accelerate adoption of the technology.

Some have argued that hospitals might have adopted EHRs on their own without government incentives, but the research shows that the 2009 HITECH Act drove a significant amount of EHR adoption among hospitals that would not have happened otherwise, Adler-Milstein said.

While the results show that, over the five years, incentives moved the nation’s hospitals past the halfway mark toward nationwide adoption, what is not answered fully is if the amount spent by the government represents a good value for the buck, she said.

“It’s a bit hard to say because value is in the eye of the beholder. I personally believe that, while it may not feel like money well spent right now (given the many challenges with EHRs), it will a decade from now as we continue to work to improve them,” she said. “And we will see HITECH as the catalyst that started the U.S. health care system’s IT transformation.”