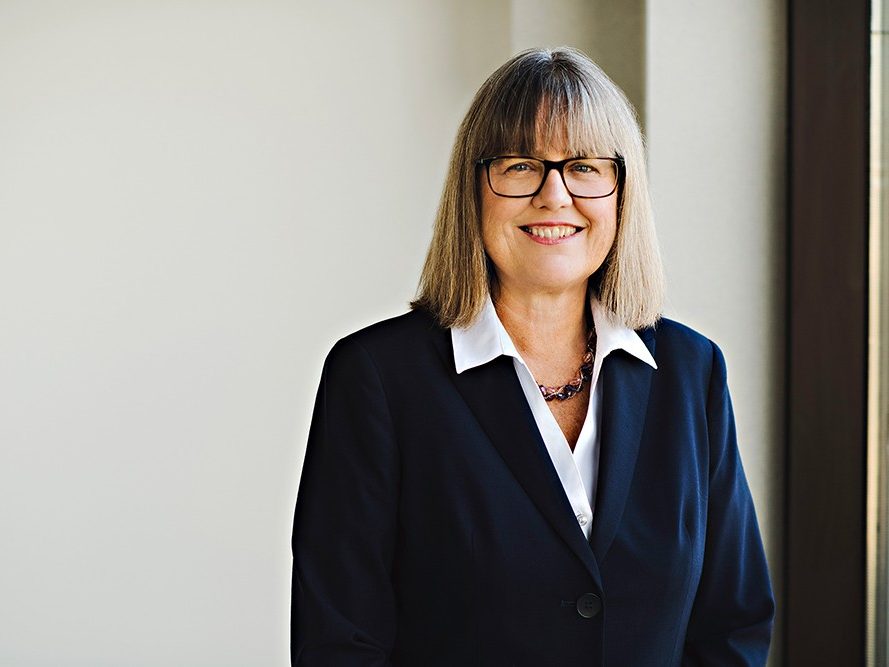 ANN ARBOR—In the mid-1980s, physicist Donna Strickland was working in a laboratory at the University of Rochester.

Then a graduate student with renowned physicist Gérard Mourou, Strickland was tasked with generating ultra-short, high-intensity laser pulses. Lasers had been around since the 1960s, but scientists immediately started to invent ways to improve them and make them more powerful, including how to make each laser pulse incredibly energy dense.

Strickland had a problem: The lab room where she was building the amplifier didn’t have a laser oscillator, which is the source of low-energy short pulses to be amplified. Luckily, some other graduate students in Mourou’s lab did have one.

Ted Norris, now the Gérard A. Mourou Collegiate Professor of Electrical Engineering at U-M, was one of those students.

“We spent an evening setting up an optical fiber that went from the laser in my lab, up into the ceiling and over into her lab,” he said. “We found a way to make it work.”

Strickland then put into practice Mourou’s idea of chirped pulse amplification. The paper she and Mourou, now professor emeritus of engineering at U-M, published based on the work done while at the University of Rochester garnered them the 2018 Nobel Prize in Physics.

Strickland will deliver a talk about the work at on Oct. 30, for the U-M Department of Physics’ annual Ta-You Wu lecture series. The event is free and open to the public.

Just the third woman to be awarded the Nobel Prize in Physics, Strickland has repeated, in previous interviews, that the focus on her gender is surprising.

The problem with simply turning up the power of a laser is that the shorter the laser pulse, the more power each pulse has, even if the same amount of energy is flowing into the pulse.

“The most important thing to understand about the physics of laser pulses is that power is energy divided by time,” Norris said. “As time gets very short, the peak power gets very high.”

Norris first came to U-M when Mourou was recruited to the university in 1988. Here, Mourou founded the Center for Ultrafast Optical Science, which is now directed by Karl Krushelnick in the Department of Nuclear Engineering and Radiological Sciences.

A modest amount of energy—one joule—compressed into a pulse of a picosecond, or a millionth of a millionth of a second, will produce about one terawatt of power, Norris says. This is nearly as much as the average power produced by the U.S. power grid.

“If you try sending that amount of power through a laser amplifier, it will at worst destroy the amplifier,” Norris said. “And at the least, it will cause the laser pulse to be badly distorted and not useful.”

So Strickland had to figure out how to bring the peak of that power down. She and Mourou knew that if you lengthened the pulse, the power peak would decrease.

Strickland was able to stretch out the laser pulse over time, then put it through the laser amplifier and recompress it to make it short again. Norris likens the stretching and recompression a rubber band. When you release the rubber band, it contracts to its original size.

Strickland’s result? Chirped pulse amplification and a 1985 paper, for which she and Mourou won the 2018 Nobel prize.

When scientists like Strickland talk about science, they don’t exactly mean singular scientific breakthroughs. They do mean the everyday, working science researchers perform to take basic ideas and shepherd them through a path of discovery.

Sometimes, those findings might result in something the public can easily recognize: laser eye surgery. Sometimes, the advancements are more subtle.

“Nobody set out to do better cataract surgery by thinking how to develop the best laser to do it,” Norris said. “It usually happens the other way around: most science is done by people pushing technology and what they understand in a lab step by step, and then it leads to new applications.”

Having a basic familiarity with science—the everyday work of science—is something Strickland sees as useful for everyone.

“I think it’s important that everyone understand what a role science plays in their daily lives,” she said. “If we’re well grounded in scientific ideas, we’ll be a better society, making better decisions and getting politicians to do something scientifically sound rather than the other way around. … I just didn’t have the venue to talk about it before the Nobel prize.”

Currently, Strickland’s group at the University of Waterloo is focused on developing lasers that use very short pulses, on the order of a single femtosecond, or one quadrillionth of a second—fast enough to watch how atoms in a molecule move in real time.

While Strickland herself was initially bemused by being just the third woman to win the Nobel prize—she has said she had no idea that so few women had won the honor—she recognizes the gender disparity in the field.

“I never had a female professor as an undergrad or graduate student,” she said. “We’re still only at about 15% women in the field. We’re not at majority, or even at gender equity. We’ve moved the needle, but the question is: Can we keep moving the needle?”

There are women moving that needle in the U-M Department of Physics. Vanessa Sih, associate chair of the graduate program in physics and professor of physics, uses pulsed lasers to study how electrons in materials behave. She says her research wouldn’t be possible without advancements like Strickland’s that make better lasers.

“My experience in physics classes and as a graduate student was being one of the few women in my classes. I very much respect that my way has been paved and made easier, and that there were women before me doing physics and completing Ph.D.s,” Sih said. “I didn’t have to be the first one to prove that.”

Graduate student Riley Sechrist is part of the next generation of people pushing diversity in the field of physics. She’s a member of the Society for Women in Physics, or SWIP, which was founded at U-M to support women in the field. Since, she says, it has grown in its scope of inclusivity, including holding workshops on autism acceptance and allyship for LGBT researchers.

“We’re trying to broaden the conversation we have about diversity,” Sechrist said. “It’s great to have a group of people excited about having this conversation.”

Sechrist studies with Jennifer Ogilvie, professor of physics, biophysics, and macromolecular science and engineering. Specifically, Sechrist uses “ultrafast spectroscopy, a technique that uses laser pulses to investigate energy transfer and electronic processes that occur in photosynthetic bacteria,” she said. “The goal is that those findings would inform better design of future photovoltaic devices.”

Strickland is a predecessor for both Sih and Sechrist not only as a woman who paved the way in the field of physics, but as someone who invented the type of laser that Sih and Sechrist use in their work—work that one day, in Sechrist’s case, could lead to a better way of harvesting solar energy.

But Strickland leaves those end-uses for her laser research up to other scientists. Her focus, she says, is on developing lasers in a way no one else has yet been able to do.

As for what the lasers can then be used for, she laughs: “I don’t have an absolute goal in mind that would help humanity.”