Putting Putin in his place: A dictator at war 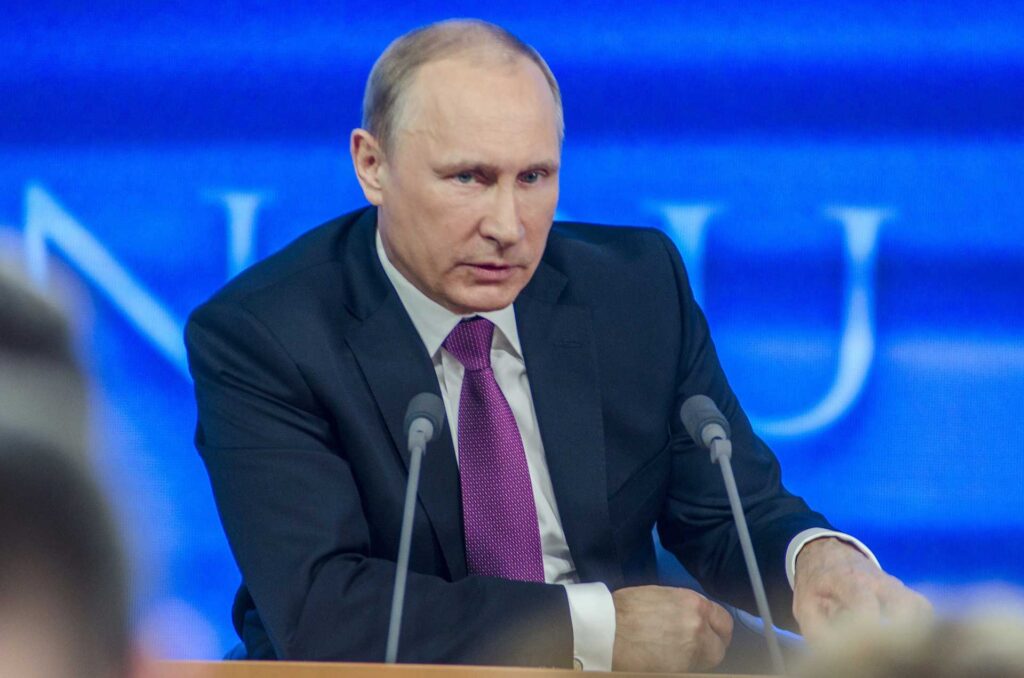 Russian President Vladimir Putin has the world on edge.

“Research in political science teaches us that dictators like Putin are especially likely to be belligerent against their neighbors,” said Dan Slater, professor of political science at the University of Michigan. “But this war is not in Russia’s national interest in any meaningful way. Nobody is threatening Russia’s territorial integrity or even questioning it.

“Crippling economic sanctions are going to make the Russian economy scream. We can only hope that concerted outside pressure will make Putin eventually reconsider his current course and refrain from further aggressions, gradually allowing Russia to regain its rightful leading place in the community of nations, which Putin has now so tragically squandered.”

Slater, a specialist in the politics and history of enduring dictatorships and emerging democracies, shares insights on the challenges to negotiate with Putin and how dictators think.

Putin is definitely a dictator. But it would be helpful to think more specifically about different kinds of dictators as we approach this crisis and the moment we’re in. There are authoritarian regimes worldwide where you know leaders might not accept free and fair elections; they might not protect civil and political rights as much as we would hope. But they’re committed to peace among nations; they’re committed to trying to raise the standard of living of their people.

Authoritarian regimes that care about economic development for their own citizens and that are willing to engage in peaceful relations with countries around the world deserve to be treated differently and be seen in a different category than dictatorships like Putin’s.

What is the difference between an authoritarian government and a dictatorship?

Scholars use them synonymously. But when we call a regime a dictatorship or an autocracy, it usually implies that power is very personalized. It’s not so much a collective leadership that rules as much as it’s the iron will of a particular leader. Whether one uses the term authoritarianism or dictatorship, certainly, either one would apply to Putin’s regime right now.

What personality traits do dictators have?

Dictators come in all shapes and sizes. Some come from ruling parties, some come from a military background, some come from the world of business and entertainment. Some are charismatic and some are not charismatic. In Putin’s case, we’re looking at a dictator whose roots are deep within the security sector, the state apparatus. His vision of the world is based on a worldview internal to the Russian State. His perception seems to be that whatever makes the Russian State great is the proper thing to be done, no matter the human cost.

What does Putin want to accomplish? What is his end game?

Putin’s main goals can be seen as both internal and external; they almost certainly go together in his mind. Internally, he wants to maintain his own power. Externally, he wants Russia to regain the status that the Soviet Union lost with the end of the Cold War. In his mind, he probably feels that he’s the only person with the requisite will and fortitude actually to accomplish this. I’m pretty sure he considers himself surrounded by weaklings who don’t have the courage to do what he’s doing right now. So, in an incredibly self-defeating way, he invaded Ukraine to try to gain a lot of things for Russia, when in fact, what is happening is the exact opposite.

At least for now, Putin is ushering in every outcome that he wants to avoid. He hasn’t divided NATO; he’s united NATO. He hasn’t made NATO move away from enlargement; he’s made NATO more likely to enlarge. He hasn’t reduced the street protests against him—in both Ukraine and Russia—he has increased street protests. He hasn’t helped the Russian economy; he’s devastating the Russian economy. He hasn’t made Russia a more respected player globally; he’s made it a rogue state in the world. Literally, everything Putin wants to accomplish, right now he’s achieving the opposite.

Is it possible to know whether the Russian population is on his side or not?

I’m sure the Russian population is divided. It’s certainly true that there have been large-scale protests. It’s undoubtedly true that the war morale of Russian soldiers in Ukraine at least appears to be relatively low.

It’s also true that Putin’s main claim to legitimacy is that he overcame Russia’s decade of chaos and weakness in the 1990s. We know that’s a major reason why people support him, so it would not be hard to infer that, to the extent that Russia’s economy craters again as it did in the 1990s, his popularity will be weakened. He has tremendous control over the information environment. Not 100%, but he has tightened the reins of censorship as expected to avoid all the bad news from Ukraine and stop the bad news from within Russia from becoming common knowledge.

Is Ukraine then a buffer for Putin?

Like most great powers, Russia is pretty obsessed with having a buffer of states that are either friendly or at least not hostile on its borders. The notion of NATO extending to Ukraine is always something that almost any Russian leader would have been very uncomfortable with. But of course, NATO wasn’t expanding into Ukraine; NATO is already on Russia’s borders, it’s already in the Baltics, and absolutely nobody claims any Russian territory as its own.

Russia is not threatened by any of the countries that neighbor it. The idea that Ukraine’s government needs to be toppled and put into friendly hands so that Russia can be militarily secure is completely implausible. The more likely argument is that Ukraine threatens Putin’s regime because Ukraine is democratic. The mere example of (Volodymyr) Zelenskyy’s government is a threat to the Putin regime in Russia.

How can the world stop Putin?

It’s going to be incredibly difficult, incredibly delicate. A dictator might escalate because he is cornered; he also might escalate because he is emboldened. The response the rest of the world needs to take needs to avoid entirely cornering Putin—so he feels he has no choice but to do something desperate, like using nuclear weapons—but at the same time, make it abundantly clear that aggression has painful consequences and can’t be rewarded. It’s going to be a real dance given that no one can know what is inside Putin’s head.

It’s going to be the most challenging set of diplomatic, economic and military maneuvers that we’ve seen in a lifetime and probably the toughest moment of brinkmanship in the international community since the Cuban missile crisis 60 years ago.