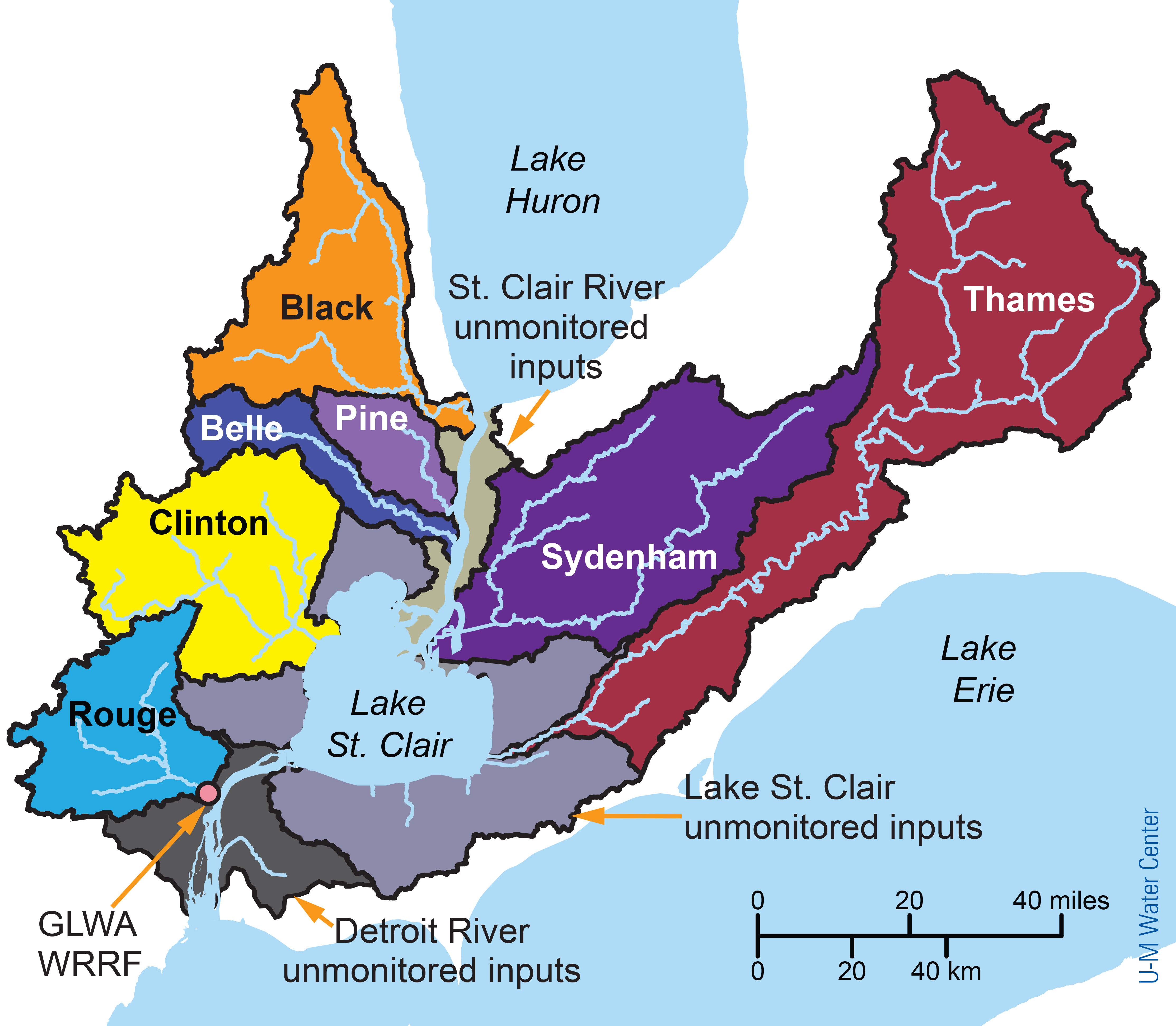 Map of the binational St. Clair-Detroit River System watershed, which includes lands on both sides of the international border that drain into the St. Clair River, Lake St. Clair, and the Detroit River. Land on the U.S. side of the watershed is heavily urbanized, while the Canadian side is mainly agricultural. Image credit: U-M Water Center.

ANN ARBOR—In an effort to control the cyanobacteria blooms and dead zones that plague Lake Erie each summer, fueled by excess nutrients, the United States and Canada in 2016 called for a 40% reduction in the amount of phosphorus entering the lake’s western and central basins, including the Detroit River’s contribution.

But the current U.S. reduction strategy for the Detroit River doesn’t address Lake Huron, which is responsible for 54% of the phosphorus that ends up in the Detroit River, according to recent calculations from a University of Michigan-led research team.

Also, the current strategy doesn’t contemplate further reductions at the regional wastewater treatment plant in Detroit, the largest single, identifiable source of phosphorus entering the Detroit River. The Water Resource Recovery Facility has already reduced phosphorus in effluent by 51% since 2008.

If those two major sources aren’t part of the plan, then the overall 40% reduction target can only be met if other phosphorus sources in the binational Detroit River watershed are cut by 72%, according to a new study from the same U-M-led research team, published online Nov. 6 in the Journal of Great Lakes Research. 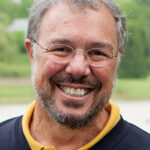 “Reducing phosphorus loads from the remainder of the watershed by 72% would be a daunting challenge if no adjustments are made to the reduction strategy,” said U-M aquatic ecologist Don Scavia, the first author of the study and a professor emeritus at the School for Environment and Sustainability.

The Journal of Great Lakes Research paper is a synthesis of the key findings in a comprehensive Detroit River nutrient study issued in May by the U-M Water Center at the Graham Sustainability Institute. Funding for that three-year project was provided by the Fred A. and Barbara M. Erb Family Foundation.

The new paper offers several potential changes to the U.S. and Canadian domestic action plans that could increase the chances of reaching phosphorus-reduction targets for the Detroit River watershed.

Amendments to the plans could include:

“Both domestic action plans emphasize that the targets and approaches are not static,” said Jennifer Read, a co-author of the Journal of Great Lakes Research study and director of the U-M Water Center.

“For systems this complex and dynamic, it is critical to set targets, take action, monitor the results, and make adjustments as necessary. We anticipate that our results will be helpful in evaluating both the overall load reduction targets and their allocation.”

The higher-than-expected contribution from Lake Huron is due, in part, to a previously undetected phosphorus source that is “sizeable and increasing over time,” they reported.

A climate-driven decline in winter ice on Lake Huron and an increased frequency of intense storms appear to be boosting shoreline erosion and re-suspending lake sediment along the lake’s shoreline, washing phosphorus-rich sediments downriver and eventually into Lake Erie, according to the May 2019 report.

When the researchers analyzed satellite images of southernmost Lake Huron, they spotted sediment plumes that occur frequently and that are often missed by monitoring programs.

In the Journal of Great Lakes Research study, the researchers say that most of the phosphorus reductions in the Detroit River watershed will need to come from agricultural lands, where fertilizers and manure are washed into streams and make their way into the river.

The most effective way to reduce that agricultural runoff is to apply combinations of conservation practices such as adding cover crops and buffer strips, creating or restoring wetlands, and applying fertilizer below the soil surface, the researchers report.