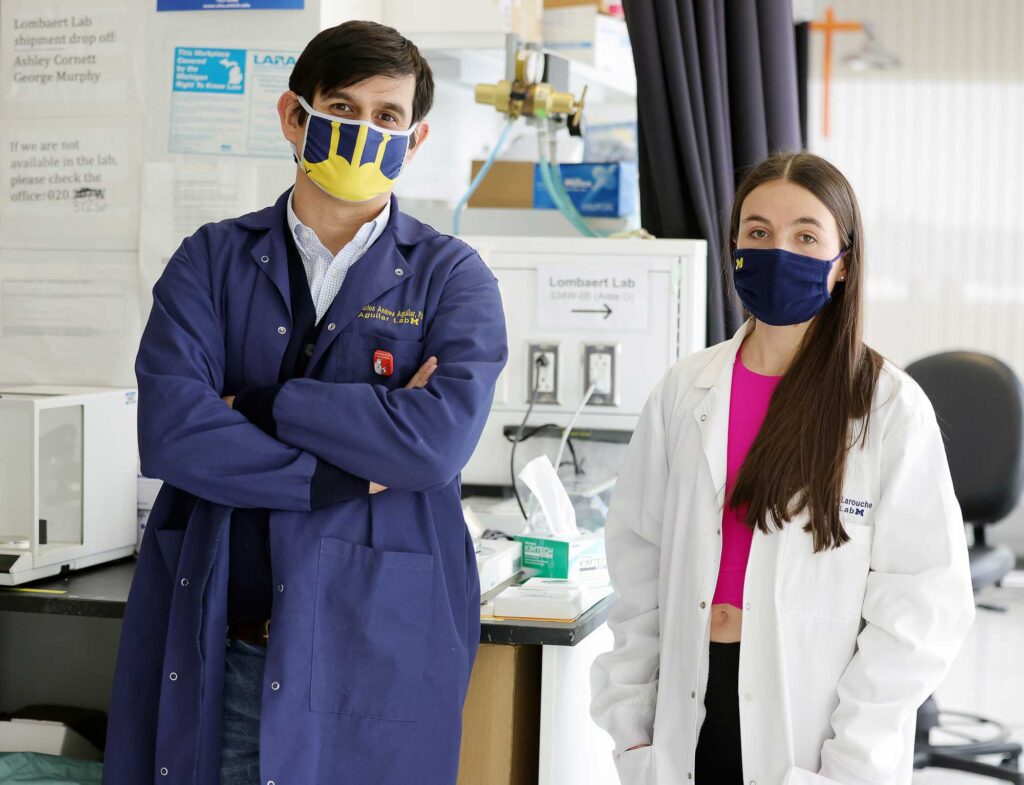 Tissues often fail to regenerate from traumatic muscle-loss injuries such as gunshot wounds and car accidents, and new research in mice from the University of Michigan sheds light on why.

Skeletal muscle is the tissue that defines how we move and communicate, and it’s able to repair itself after injury through stem cells. But this doesn’t happen when significant chunks of muscle are destroyed, known as volumetric muscle loss. Despite the prevalence of these injuries, little is understood about why they consistently overwhelm the body’s natural regenerative processes. And the medical community has no agreed upon standards of care for dealing with them.

In order to understand why volumetric muscle loss injuries do not heal, U-M researchers collaborated with partners at Georgia Tech, Emory University and the University of Oregon to study these injuries in mice.

Different types of white blood cells contribute to the repair of muscle injury by removing debris and signaling to stem cells to coordinate regeneration. However, the new results suggest that immune cells become dysregulated and prevent stem cell repair. For instance, the U-M team found that after volumetric muscle loss injuries that do not heal, neutrophils—a type of white blood cell—remain at the injured site longer than normal.

“The persistence of neutrophils at the injury site reduces the ability of muscle stem cells to make new and repair existing muscle fibers,” said Jacqueline Larouche, a Ph.D. student in biomedical engineering at U-M and first author of the paper in the Proceedings of the National Academy of Sciences.

In addition to the neutrophils not doing their jobs properly, the team also found that they were being killed by other immune cells. Carlos Aguilar, U-M assistant professor of biomedical engineering, called this counterintuitive. Using single-cell RNA sequencing and imaging, neutrophils were observed to communicate with natural killer cells. Those natural killer cells essentially prompted neutrophils to self-destruct. By altering how the two cell types communicate, different healing outcomes are possible.

“The fact that natural killer cells are inhibiting inflammation caused by neutrophils is a new role for what they might be doing,” Aguilar said.

Alex Smith, a former quarterback in the National Football League, represents one of the best known examples of volumetric muscle loss. During a 2018 game, Smith suffered a gruesome compound fracture, breaking both the tibia and fibula of his right leg. Within days, doctors discovered a rare bacterial infection called necrotizing fasciitis spreading in the wound, and they had to remove a great deal of his muscle tissue. It took 17 surgeries and nearly two years for Smith to return to the field—a “miracle” recovery according to many.

The team hopes that better treatments could mean that recovery from these injuries is no longer miraculous.

The research was funded by the Congressionally Directed Medical Research program of the U.S. Department of Defense and the Defense Advanced Research Projects Agency.