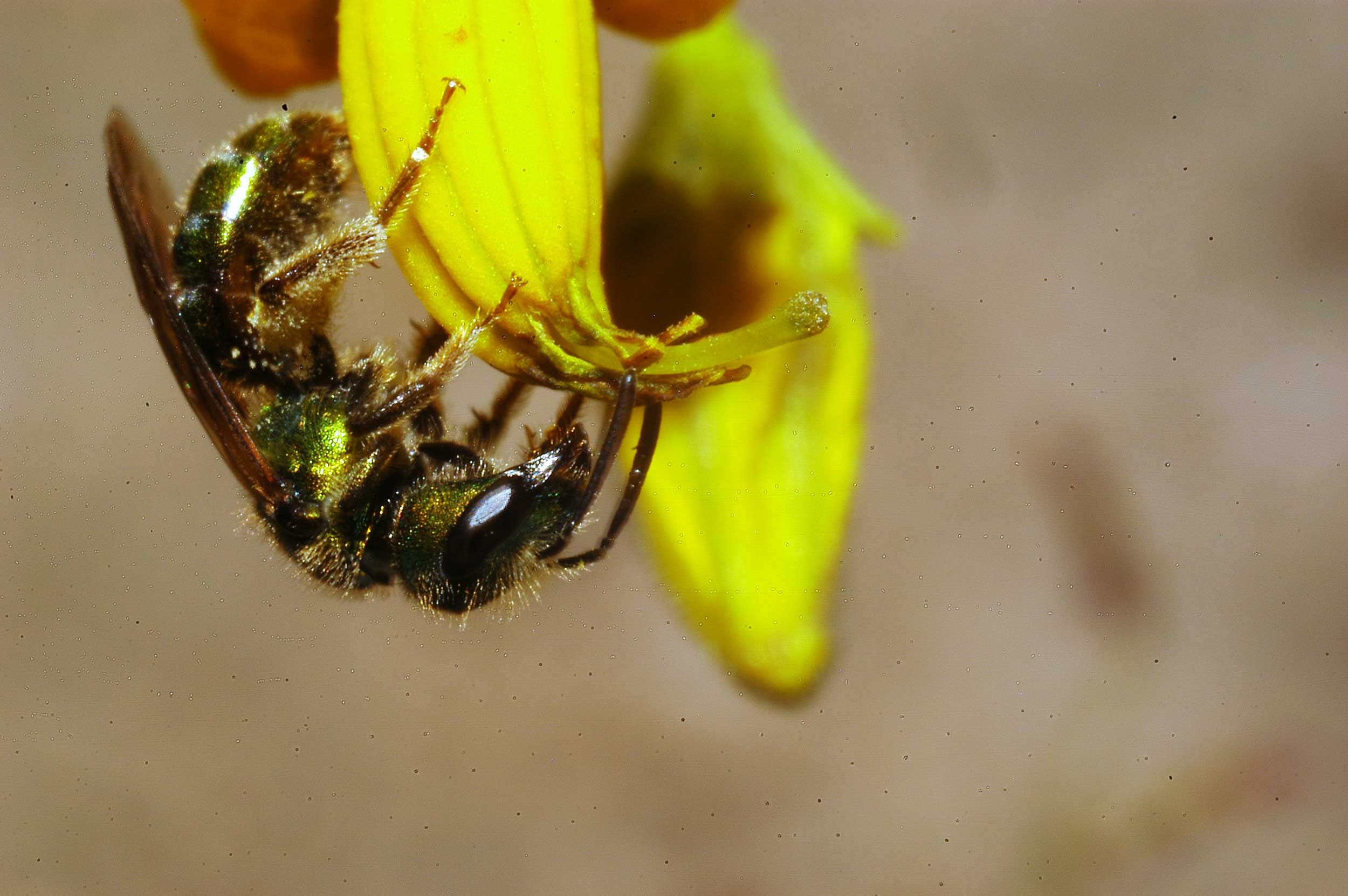 ANN ARBOR—In sports, sometimes a player has to take one for the team. The same appears to be true in the plant world, where reduced individual growth can benefit the broader community.

The findings from the University of Michigan’s Paul Glaum and André Kessler of Cornell University help explain the persistence of some plant communities when theory predicts they should go extinct. The work was published Dec. 11 in Nature Communications.

“We looked at how chemical defense cues from plants, meant to deter herbivores, can also deter pollinators,” said Glaum, a doctoral student in the U-M Department of Ecology and Evolutionary Biology. “The surprising model result is that while this can lead to fitness losses for individuals, the population effects can be positive for pollinators and plants under some circumstances.” 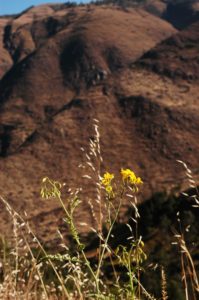 A wild tomato plant, Solanum peruvianum, from field-study sites in the Rio Fortaleza Valley in the Ancash Province of Peru.

Many plants, including the wild tomato species used in this study, produce chemical compounds to repel insect pests and other hungry herbivores. But those same chemical defenses can reduce the number of visits to the plant by pollinators such as bees, resulting in less pollination of individual plants and decreased growth.

“Biologists have puzzled over how such a costly defense mechanism can be maintained in these plant populations,” Glaum said. “How would a plant population with such a strategy persist?”

Glaum and Kessler developed a computer model showing that decreased growth of individual plants can benefit overall populations and community resilience by indirectly controlling herbivore population growth. The results introduce mechanisms of persistence into communities previously found to be prone to extinction in theoretical models.

Tomatoes and other plants produce repellent chemicals called volatile organic compounds in response to herbivore attacks. The presence of these so-called herbivore-induced volatile organic compounds can make the plant less attractive to pollinators, which can reduce pollen deposition and negatively affect individual plants, an effect known as herbivore-induced pollinator limitation.

Previous modeling studies have looked at the direct effects of herbivory on a three-species community: flowering plant, pollinator and herbivore. Some of those studies predicted extinctions because growing herbivore populations would reduce the number of plants, limiting resources available to pollinators. In response, the pollinator population would decline, lowering plant reproduction.

But Glaum and Kessler reached a different conclusion when they included herbivore-induced pollinator limitation (HIPL) in their model, which allowed them to examine broader, more indirect effects of herbivory on plant population persistence and community dynamics.

“We show that the inclusion of mechanisms like HIPL into models generates the potential for unexpected population and community-level effects that can reduce the tendency for extinction and actually support community persistence,” they wrote. 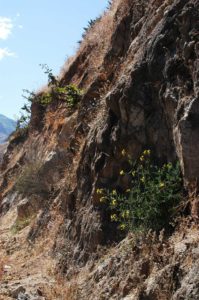 A wild tomato plant, Solanum peruvianum, from field-study sites in the Rio Fortaleza Valley in the Ancash Province of Peru.

The modeling study suggests that the herbivore-induced release of protective chemical compounds limits population growth of both the pollinator and the flowering plant, thereby temporarily and indirectly restricting the growth of herbivore populations and preventing extinction.

Glaum and Kessler generated the model using data from a series of field experiments on the Pacific slope of the Peruvian Andes conducted by Kessler and his collaborators using the wild tomato species Solanum peruvianum. This plant is subject to attacks by a diverse set of herbivorous insects and is pollinated by wild bees.

The researchers measured both the release of herbivore-induced volatile organic compounds (HI-VOCs) by the wild tomato plants and pollinator visits at different levels of herbivory to determine how bee pollination changes as a function of the amount of herbivory experienced by a plant.

In the field, herbivory of the tomato plants was found to significantly lower pollinator visits due to the release of HI-VOCs. However, the modeling study showed that the mutually beneficial relationship between the flowering tomato plant and its bee pollinators—as well as the overall system—can persist through higher rates of herbivory than researchers had previously believed.

The work was partially supported by the National Institute of Food and Agriculture, U.S. Department of Agriculture, Multistate Grant under NE-1501, awarded to the Kessler Lab.