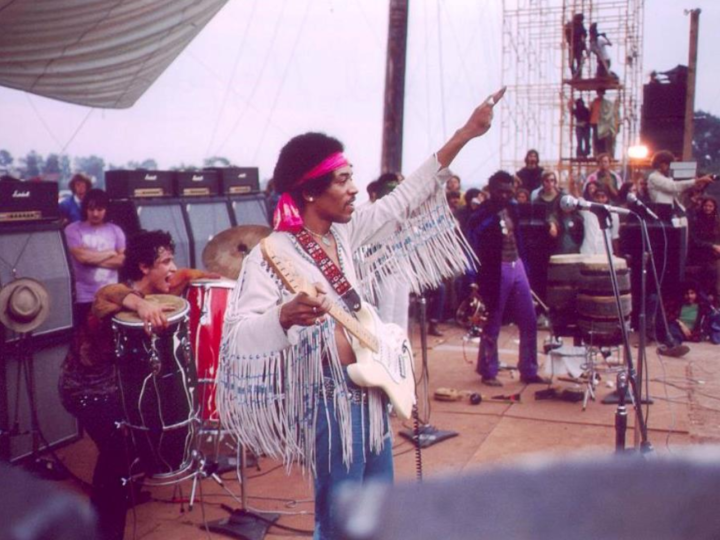 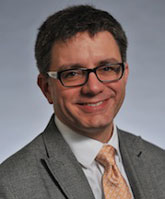 ANN ARBOR—Mark Clague, associate professor of musicology at the University of Michigan School of Music, Theatre & Dance, is one of the nation’s foremost experts on “The Star-Spangled Banner,” among many other facets of American music.

Clague is the founding board chair of the Star Spangled Music Foundation and editor and producer of the “Star Spangled Songbook” and its associated recording project “Poets & Patriots: A Tuneful History of ‘The Star-Spangled Banner.'”

As Independence Day approaches July 4—as well as the 50th anniversary of the Woodstock Music Festival that took place Aug. 15-18, 1969—Clague is available to speak with journalists about the history of the U.S. national anthem and the significance of Woodstock and its place in the history of American music.

Is it true that Jimi Hendrix’s famous performance of The Star-Spangled Banner inspired your research and work?

Clague: There’s a documentary film about Woodstock that really climaxes at Hendrix’s famous performance of the anthem, and I used to use that performance to kick off a class that I taught on the history of American music. That prompted students to ask me questions about where the song came from and how it was sung originally, so I started to look into early arrangements of the song and why Francis Key Scott wrote it. I quickly found out that the version we hear today is very different than Scott’s. There are literally hundreds of different lyrics to this tune that we know as The Star-Spangled Banner, and the idea that this is a sacred hymn to the nation that’s immutable that can only be done in certain ways, is false. Like many people before him, Hendrix was claiming the song for young people at the time, and also for African Americans. His performance is a snapshot on the country on Aug. 18 1969—of the hope and horror that people were feeling.

In what ways had people before Hendrix “claimed” the national anthem?

Clague: The interesting thing about a song as a patriotic symbol—unlike a flag that remains unchanged as you look at it over time—is that it has to be brought to life in the form of a performance. In the 19th century, those performances were ephemeral, they weren’t recorded in any way. That’s when people started the tradition of shaping the anthem into their own image by singing the song in their native languages or by changing the lyrics to support social causes, like the suffrage movement or abolitionism. With the advent of recording and Thomas Edison, the 20th century became more about the way one performed it.

So you’re saying that there have been many different performances over the years—what is it about Jimi Hendrix’s performance that makes it particularly special?

Clague: What’s fascinating to me about it is that it’s it’s so self-contradictory. On one hand it’s it’s a celebration of America. It expresses hope and expands upon the notion that there was a revolution of youth and that young people were going to reinvent the world—that rock was going to make a new nation. And on the other hand, you have a performer who’s at a countercultural festival on electric guitar. He’s an African American, mixed-race artist who came from a traditional black rhythm and blues background—but he was really doing psychedelic experimental rock, which was a white thing. At the time, the civil rights movement was playing out. People had just lived through the race riots of the ’60s and the assassination of Martin Luther King Jr. and Bobby Kennedy. So you have a sort of reverence and revolution at the same time. His performance is both a protest and a fireworks display. And that’s what makes it so interesting to teach with.

What do you think that Hendrix was trying to express in his particular anthem version?

Clague: That performance is so famous that everybody thinks that Hendrix had this ecstatic improvisatory revelation in music—that he performed at that one time because it was in this film, and that film has become so iconic. In fact, it’s the midpoint in about a two-year-long obsession that Hendrix had with the anthem. He played it about 70 times, starting with the year before Woodstock and up until his death in 1970. And so that one performance was actually just a moment in an ongoing struggle that Hendrix himself felt about who he was as an American. A lot of people think that he was a hippie or a druggie, and while he certainly did partake in the rock ‘n’ roll lifestyle, I think it is inaccurate to say that much of his work was instinctual or improvised. I believe that he was a really thoughtful cultural critic. His music was about engaging with the world and answering the politics of the time. Bringing that story out is part of what excites me about his music.

What is the significance of Woodstock against the backdrop of the civil rights movement and the politics of the time?

Clague: Woodstock was a mixed-race event, and that was part of the utopia that was created there. It was planned as a paid festival and everyone eventually broke the gates down and it became a free festival. There was a lot of worry about health and safety and just keeping crowd control. The notion of 300,000 kids in a farm field—well, people were scared. They were scared of rock ‘n’ roll because of its volume and its intensity and its association with violence. And yet, Woodstock was about peace, love and happiness. There was self-policing, and people took care of each other and it actually didn’t become a big safety disaster. It became a symbol of a way forward for the whole country of people supporting and caring for one another. And in a way, it made sense that Hendrix was the headliner.

Was there any kind of uproar about Hendrix’s anthem?

Clague: People, like they do today, got upset when it was performed in a nontraditional way. A really famous nontraditional performance of the song took place the year before Woodstock at the 1968 World Series in Detroit when José Feliciano performed it. That was nationally broadcast and because it was the World Series, a lot of people were watching it live, so the backlash was quick. Woodstock wasn’t televised, and so that backlash came on gradually over time. Since he was the last performer, the crowd had also dwindled from 300,000 to around 70,000, so only a portion of the actual audience witnessed it. The documentary about Woodstock was released in March of 1970, and that was really the first time a lot of people saw it or reacted to it.