Reforesting US topsoils store massive amounts of carbon, with potential for much more 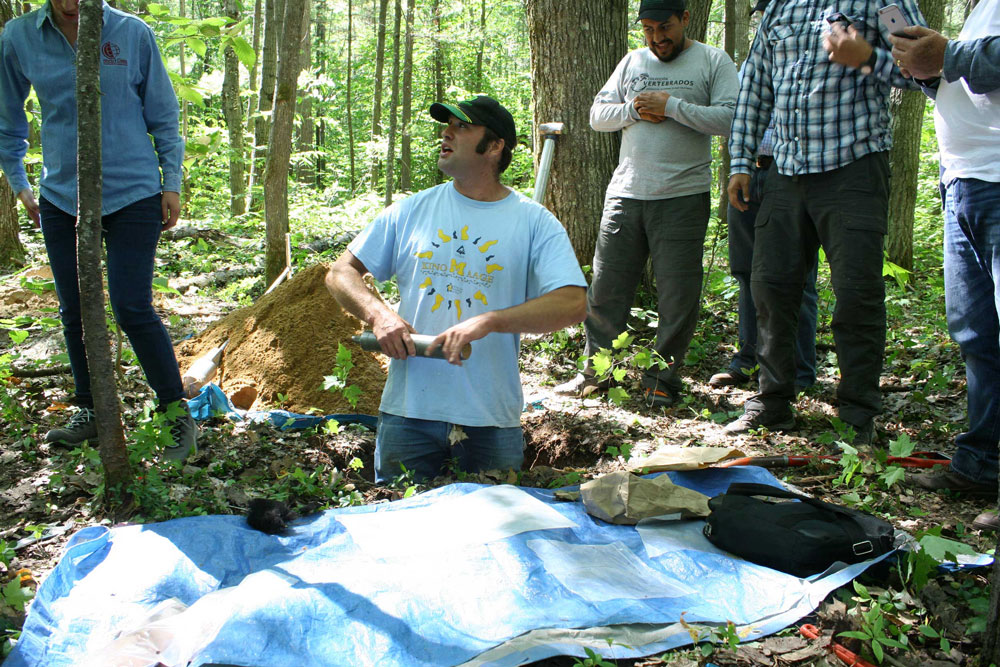 But for more than 20 years, experts have warned that the strength of this carbon “sink” is declining and will level off around mid-century. One way to compensate for the declining sink strength of U.S. forests is to add more trees—by actively replanting after disturbances like wildfires or by allowing forests to retake marginal croplands, for example. 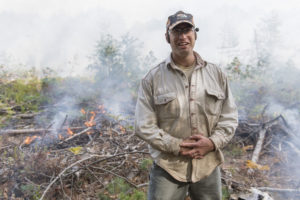 University of Michigan ecologist and biogeochemist Luke Nave during a prescribed fire at the U-M Biological Station in October 2017. Periodic burns at the station allow researchers to address critical questions about climate change and the long-term storage of carbon in forests and their soils. Image credit: Roger Hart, Michigan Photography.

A study scheduled for online publication the week of Feb. 26 in Proceedings of the National Academy of Sciences provides the first empirically based, published estimate of the total amount of carbon currently accumulating in the topsoil of U.S. forests undergoing these two types of reforestation.

The University of Michigan-led research team also looked at the potential to expand carbon sequestration in reforesting areas.

“Where reforestation is happening—either through planting of trees or through encroachment—these lands are actively adding carbon to a large pool that will continue to grow for many decades,” said U-M ecologist and biogeochemist Luke Nave, the study’s lead author.

“The topsoils of reforesting lands provide a significant long-range solution to the problem of the declining carbon-sink strength of U.S. forests, and they help to mitigate climate change. Even modest increases in the amount of land being reforested would have a multiplicative impact on nationwide carbon sequestration.”

The researchers found that reforesting topsoils across the country are currently adding 13 million to 21 million metric tons (13-21 teragrams) of carbon each year, an amount equivalent to about 10 percent of the total U.S. forest-sector carbon sink and offsetting about 1 percent of all U.S. greenhouse gas emissions.

Over the next century, reforesting U.S. topsoils will sequester a cumulative 1.3 to 2.1 billion metric tons (1.3-2.1 petagrams) of carbon, accounting for nearly half of the soil-carbon gains occurring on U.S. forestland, said Nave, an assistant research scientist at the U-M Biological Station and in the Department of Ecology and Evolutionary Biology.

And the amount of stored carbon could increase dramatically if the nation’s reforesting acreage, currently at nearly 200,000 square miles, grows. 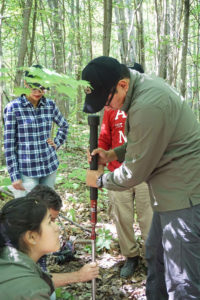 As part of the study, the researchers looked at U.S. forestlands that have experienced major disturbances, such as intense wildfires or severe insect outbreaks, using National Forest Inventory data from the last several decades. They found that only about 7 percent of the forestlands available for replanting have been replanted.

When they looked at marginal croplands undergoing reforestation, they found that carbon-storage gains to date are only about 10 percent of their potential. That finding highlights “the substantial C-sink capacity of this land-use transition if these lands are allowed to continue returning towards a natural forest condition,” the authors wrote.

For their study, the researchers combined satellite imagery with some 15,000 on-the-ground measurements of topsoil carbon from two national-level databases. One of the databases, from the International Soil Carbon Network, includes soil-carbon measurements at the U-M Biological Station near Pellston.

Nave and Swanston, who collaborated through the Northern Institute of Applied Climate Science, completed the work to help Forest Service researchers and land managers document the carbon benefits of reforestation.

The work was supported by funding from the U.S. Department of Agriculture-Forest Service and the National Science Foundation. The study, “Reforestation can sequester two petagrams of carbon in U.S. topsoils in a century,” is available at http://www.pnas.org/content/early/2018/02/16/1719685115