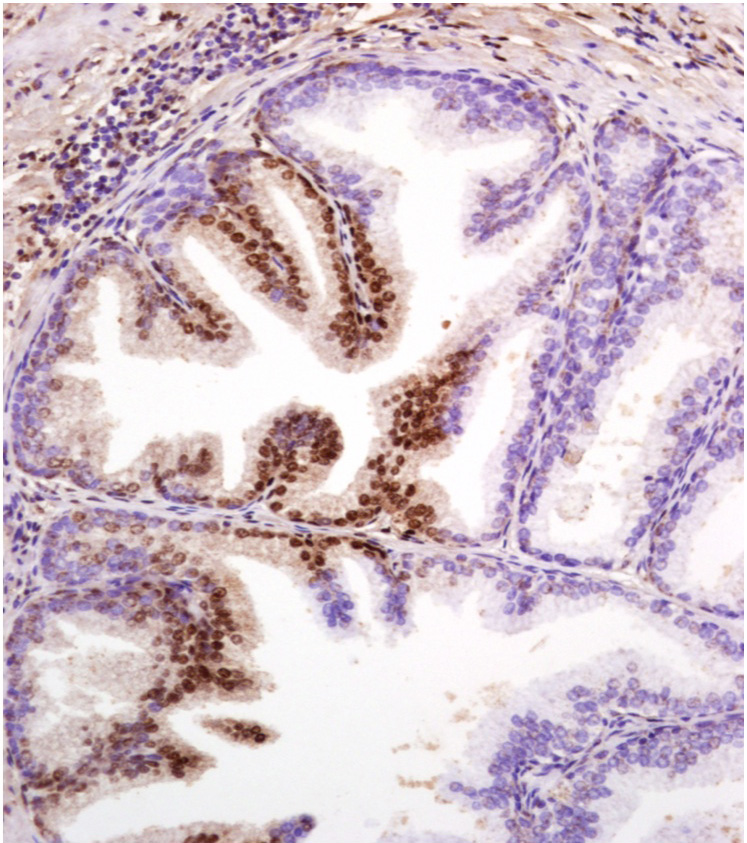 Biomarkers in the body are analogous to the warning lights in cars that signal something might need repairing. In our bodies, they indicate if something’s wrong or if we’re about to get sick or if we’re predisposed to certain illnesses.

“(In the context of prostate cancer) there’s a big interest in trying to find biomarkers to discriminate between aggressive and nonaggressive disease,” said Renny Franceschi, U-M professor of dentistry, biological chemistry and biomedical engineering.

Franceschi and colleagues recently discovered a biomarker that they believe achieves this differentiation. Prostate cancer can grow so slowly the carrier dies of natural causes before the cancer spreads, but the deadly form progresses very rapidly.

“If this biomarker does indeed control the growth of prostate cells, it’s a new signal that’s not been seen before and could provide a potential new drug target for prostate cancer,” Franceschi said. “It could also be a potential biomarker to discriminate between fast and slow growing tumors.”

The U-M researchers made the discovery in a roundabout way, said Franceschi, whose research lab mainly studies bone formation, not cancer.

“We discovered this regulatory mechanism in bone cells, but subsequently found it was also operative in prostate cancer cells,” he said. “This is the first paper the lab has published on cancer.”

The idea is that adding a phosphate group, a process called phosphorylation, to the protein Runx2, changes its structure to activate specific genes in both bone and prostate cancer cells—but with vastly different results. Bone cells need Runx2 and the newly roused genes to make healthy bone. However, in prostate cancer cells, Runx2 triggered genes that fuel tumor growth and metastasis.

“It’s unusual that a protein whose function is to produce bone has this unusual function in prostate cancer,” Franceschi said.

To test this, researchers inhibited the ability of Runx2 to be phosphorylated in cancer cells and found that tumor growth was reduced. Franceschi’s lab also collaborated with researchers in Italy to analyze tissue samples from 129 patients with prostate cancer.

The next step is to establish an actual cause-effect relationship between Runx2 phosphorylation and prostate cancer. To do this they will compare prostate cancer formation in normal mice and mice lacking Runx2 in their prostates.

Worldwide, prostate cancer is the second-most common cancer in men, according to the World Cancer Research Fund International. In the U.S., about 221,000 new cases of prostate cancer will be diagnosed in 2015, resulting in roughly 27,500 deaths.

Research colleagues include Chunxi Ge and Guisheng Zhao of the U-M School of Dentistry and researchers from the U-M Medical School, the University of Foggia in Italy and Centro di Riferimento Oncologico Della Basilicata Rionero in Italy.

The paper, “Role of Runx2 Phosphorylation in Prostate Cancer and Association with Aggressive Disease,” is scheduled to appear online April 13 in Oncogene.