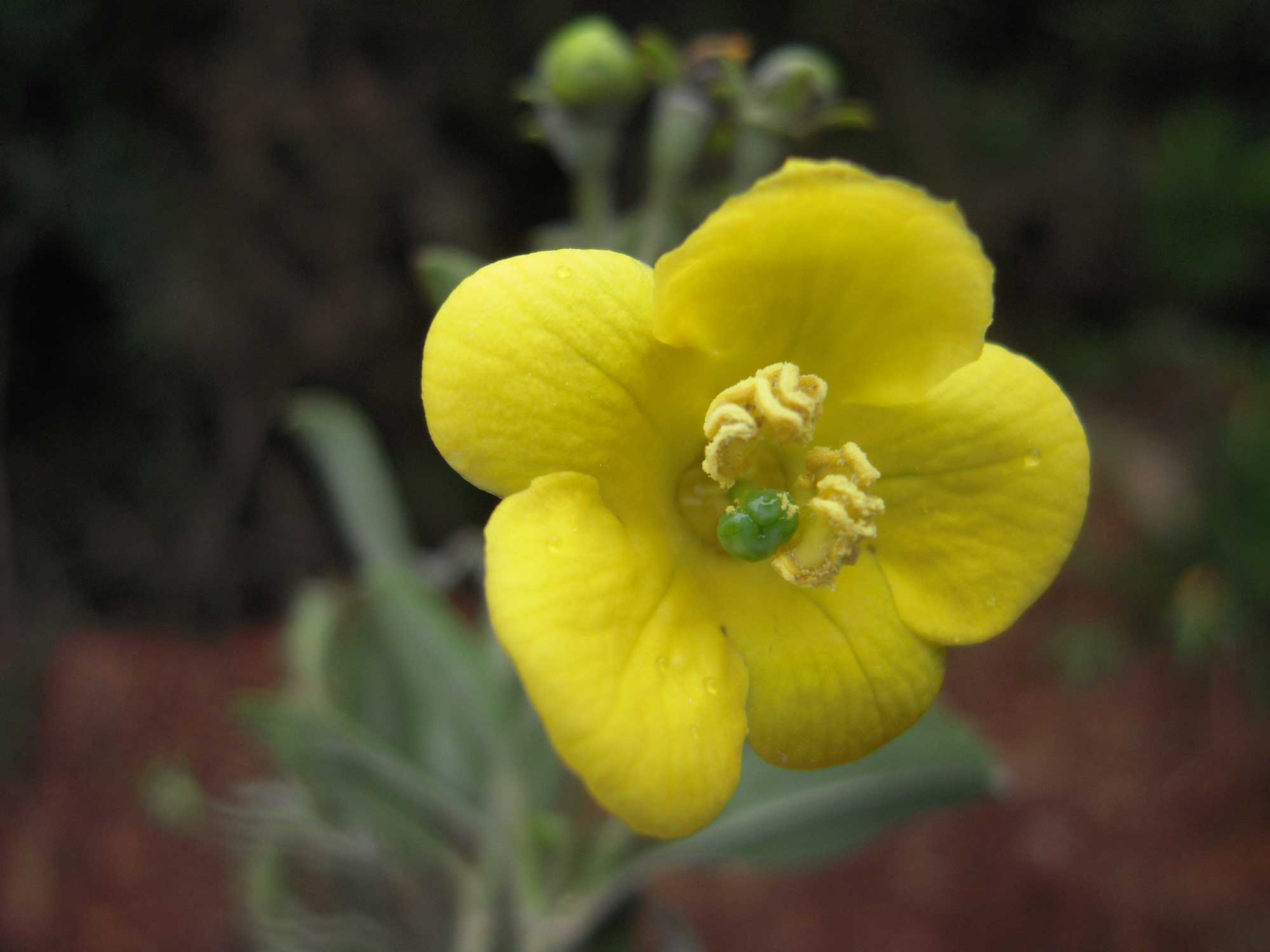 Columellia oblonga, a flowering plant in the family Columelliaceae, which is endemic to the Americas. Image credit: C. Ulloa

Vascular plants are land plants with specialized internal-transport and vertical-support tissues. The vast majority of plant species on Earth are vascular plants, including trees, shrubs, grasses, flowering plants and ferns.

In a project led by the Missouri Botanical Garden, 12 regional and national plant lists were merged into a single super-list for the Western Hemisphere. Twenty-four authors, including two from the University of Michigan, contributed to a paper published Dec. 22 in the journal Science.

“This is the first time we have a complete overview of the plants of the Americas,” said lead author Carmen Ulloa Ulloa of the Missouri Botanical Garden. “It represents not only hundreds of years of plant collecting and botanical research, but 6,164 botanists who described species that appear on this list.” 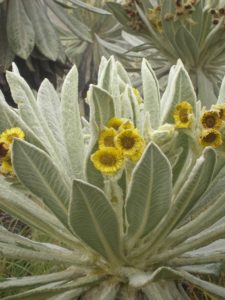 Espeletia pycnophylla, a flowering plant found in Colombia and Ecuador. It is a member of the Asteraceae family, the second-most-diverse plant family in the Americas. Image credit: C. Ulloa

The new study is “a monumental achievement that will be of enormous interest to conservation biologists, ecologists, evolutionary biologists, biogeographers, land managers, and government officials around the world,” University of Wisconsin botanist Thomas Givnish, who was not part of the study, wrote in a Perspectives article that accompanies the Science paper by Ulloa Ulloa et al.

The U-M authors are Paul Berry, a professor in the Department of Ecology and Evolutionary Biology and curator of vascular plants at the U-M Herbarium, and Lois Brako, U-M’s assistant vice president for research – regulatory and compliance oversight.

Berry worked on several South American flora projects, published over the past two decades, that were used in the new compilation. Brako was the main author of a list of Peruvian plants published in 1993 and was a postdoctoral researcher at the Missouri Botanical Garden at the time.

“This is the first time we’ve been able to merge all of this data into a central database—and do a fair amount of data cleanup and verification in the process—to yield an overall picture of all the different native vascular plants found in the Western Hemisphere, based on verified records covering the entirety of the region,” Berry said.

The study shows that most of the Western Hemisphere’s plant diversity is in South America. Brazil has the most diverse flora, with 33,161 species, followed by Colombia (23,104) and Mexico (22,969).

The most diverse plant family in the Americas is Orchidaceae, the orchid family, with 12,983 species. It is followed by Asteraceae (12,043 species), a family that includes everything from garden ornamentals such as daisies, marigolds and zinnias to economically important food crops such as artichokes, lettuce and sunflowers. 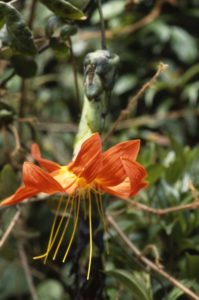 Mutisia magnifica, a flowering plant restricted to Ecuador. It is a member of the Asteraceae family, the second-most-diverse plant family in the Americas. Image credit: C. Ulloa

The West Indies has the highest level of endemism of the areas tallied by Ulloa Ulloa et al.—67 percent of West Indian vascular plant species are found nowhere else in the Americas.

Of the 124,993 native species in the Americas,122 of them occur in all 12 of the countries and regions considered in the study, from Canada and the United States south to Chile and Argentina.

“It’s a bit surprising, in my view, that there are so many of these species, given that the 12 regions cover everything from seasonally cold temperate areas to the lowland tropics,” U-M’s Berry said.

Over the past 25 years, the rate at which new plant species descriptions are added has averaged 744 annually for the Americas. At that rate, the total will reach about 150,000 by 2050, according to the authors of the Science paper.

University of Wisconsin’s Givnish said the new study is “a precious distillate” of the findings of thousands of individuals devoted to botanical exploration and research over the past 500 years. The first European accounts of New World plants included the first reports of tobacco, chili peppers and corn, which soon became widely used worldwide.

Over the next five centuries, more than 22 million plant specimens were collected. Now housed in the world’s herbaria, they provide the foundation for the work reported in Science.

In the 1970s, universities, museums and government agencies across the Americas—faced with the enormous plant diversity in the tropics and the mounting threat of extinctions due to habitat loss—began producing and computerizing plant checklists that provided an overview of botanical diversity.

In the 1990s, a series of country-based plant checklists was organized by the Missouri Botanical Garden, followed by other lists produced by institutions throughout the Americas. These checklists provide verifiable listings of species based on the analysis of herbarium specimens, published literature, and the expert knowledge of plant specialists.

“Ulloa Ulloa et al. have now integrated these checklists into one grand compendium for the Americas, with details on authorship, publication, and geographic distribution for each species,” Givnish wrote.

The Missouri Botanical Garden is now working with more than 40 other institutions on a larger project known as the World Flora Online. The goal is to fully document all known plant life by 2020.