As battery makers race to keep up with demand, a quick and inexpensive step can save money and time in development 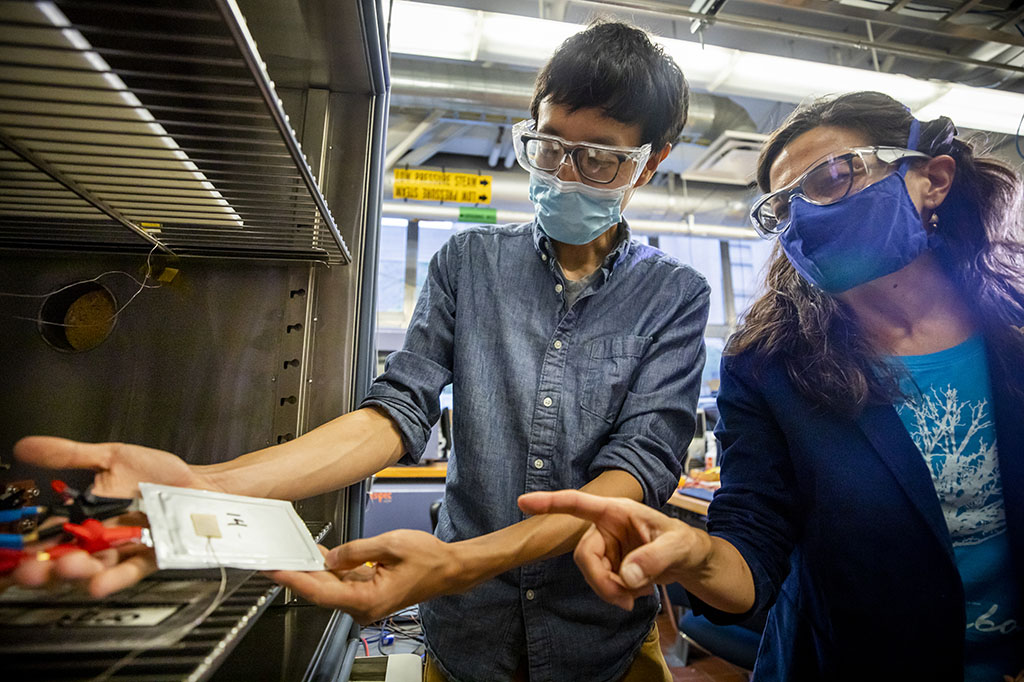 As demand for electric vehicle batteries continues to grow, researchers at the University of Michigan have developed a method for predicting how changes to manufacturing processes and materials will impact battery life.

U-M engineers have identified internal resistance, measured immediately after cells are made, as a key indicator of how long a battery will last. The measurements can be done in just seconds at the tail end of the manufacturing process at little to no additional cost.

Previous research has shown lifespan prediction is possible, but it requires repeated cycling—charging, discharging and recharging—in order to gather data needed to train the algorithm. Aging tests needed to determine lifespan can take weeks to months to complete. For this reason, the tests are performed to only a few cells and not all the cells produced.

But the new study, recently published in Joule, shows that accurate battery lifetimes can be predicted with the help of one resistance measurement, or a measure of how much the battery fights the flow of current inside it. That resistance can come from the materials used for internal components, or electrochemical factors that affect how well ions move between the battery electrodes. Measuring resistance at low levels of charge is key.

“The resistance measurement, at low state of charge, can, in principle, be obtained without any cycling, making the model training process much faster,” said Andrew Weng, a doctoral student in mechanical engineering and the study’s lead author. 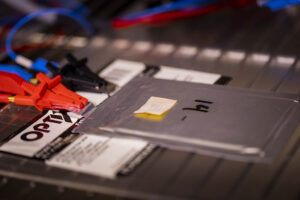 Why is resistance such a good barometer for battery life estimates?

It can give an indication of how much lithium merged with the liquid electrolyte that ferries ions from one electrode to the other inside the battery. That combination layer, known as the solid electrolyte interphase, can protect the surface of the electrode and enable longer lifetimes.

The amount of lithium that goes into the solid electrolyte interphase is usually difficult to measure. But at a low state of charge, the battery’s internal resistance is closely related to how much lithium went into the solid electrolyte interphase. This provides a quick measure of that protective layer, as well as the operating capacity of the battery, with ordinary equipment.

U-M’s research provides a useful tool for automakers at a time when most are quickly moving their product lines away from internal combustion technology to embrace hybrid and electric transportation. The shift has the industry competing for lithium ion battery materials, seeking to increase productivity and reduce costs—all at the same time.

As Reuters reported earlier this month, those factors have contributed to a “bottleneck for EV batteries.”

“Carmakers are always trying to decrease the cost of producing cars, and right now, they’re looking to make EV batteries as cost-effective as possible,” said Anna Stefanopoulou, the William Clay Ford Professor of Technology and leader of the research team. “So the question we’ve tried to answer is ‘How fast can you learn about battery lifetime during the manufacturing process itself?’

“It turns out that the answer is, ‘Immediately, if you know the critical signal that can be acquired in a high-throughput testing.’ Finding such key measurable features can be simply used for continuous improvements and scaling up domestic battery manufacturing.”

The research was funded by the National Science Foundation. The team ran experiments in the U-M Battery Laboratory. A collaborator at Stanford University contributed to the analysis.