By Richard Curtin, director of the University of Michigan Surveys of Consumers

The full restoration of consumer confidence will be more difficult and will take longer to complete than following any other recession since the Great Depression.

While the collapse in confidence reflects assessments of personal finances and the national economy, the primary cause of the crash in confidence was the coronavirus rather than some economic event. Correspondingly, the first glimmer of the restoration in confidence will not be due to an improving economy, but when consumers become convinced the spread of COVID-19 has been effectively contained. 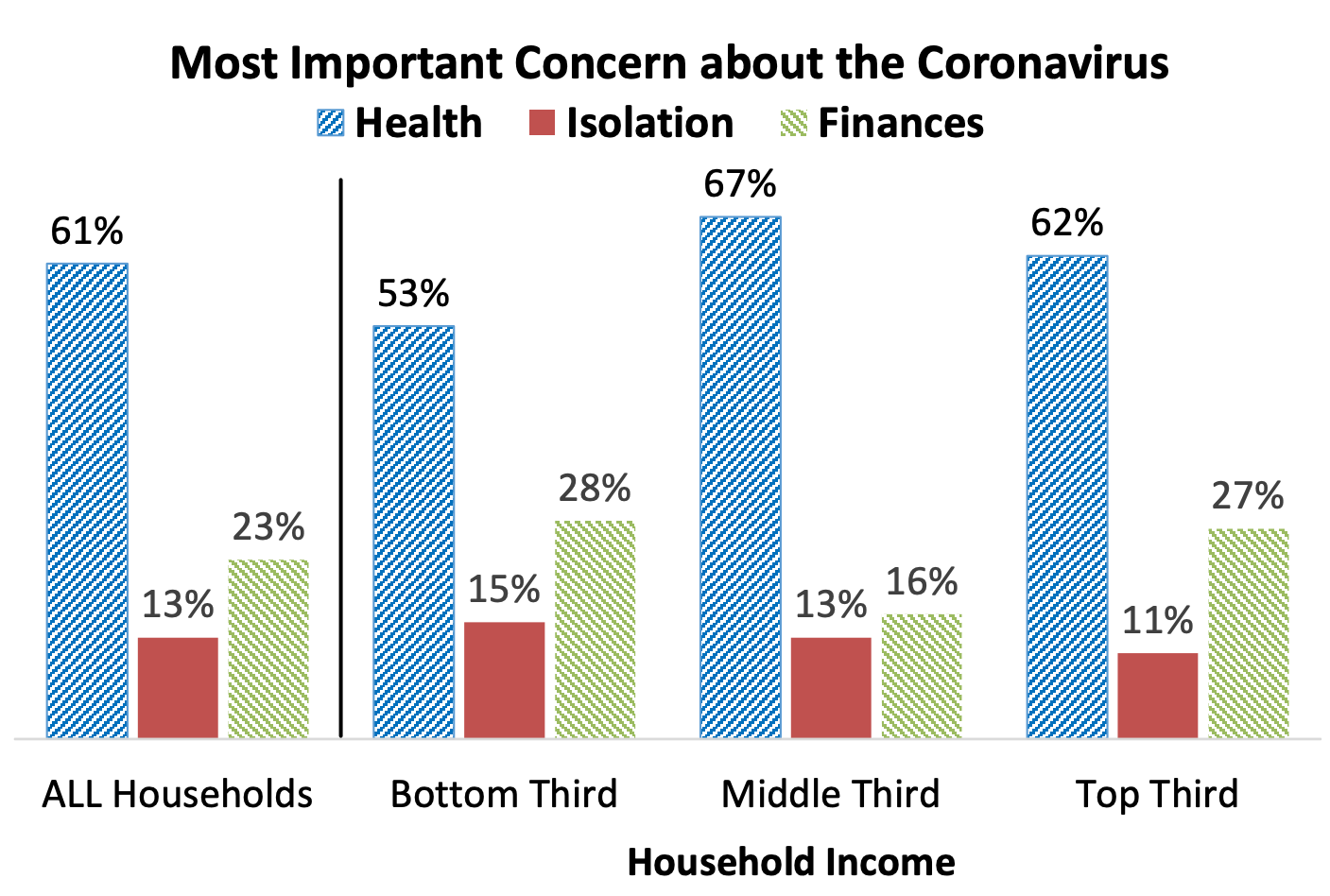 Consumers were asked in April to identify which aspect of the coronavirus they were most concerned about: the threat to their health, the required social isolation or the impact on their finances. The health threat dominated responses, mentioned by 61% of all consumers, the harm to their personal finances was mentioned much less frequently, by just 23%, and the required social isolation by just 13%.

Interestingly, the financial impact was of somewhat greater concern among households with incomes in the bottom third (28%) as well as households in the top third of the income distribution (27%); it was in the middle third that concerns about finances were lowest (16%) and the threat to their health was highest (67%). Overall, however, all of these differences were rather small, with the health threat dominating all income subgroups.

Regardless of official announcements made by state or federal agencies, individual consumers will form their own judgments about the risks of the COVID-19 virus to themselves, their families, friends and their communities. There will be no national consensus nor a uniform restart of the economy. Consumers’ judgements will be based on science, experience and emotion.

Moreover, the fears generated by the coronavirus will not completely disappear anytime soon. Residual fears of exposure to some virus may still limit people’s willingness to be in crowds at sport stadiums, theaters, airplanes, cruises, large shopping malls or even shake hands at the workplace or social events. While most of these changes in behaviors will not be permanent, they will certainly persist over the next few years.

Moreover, many spending preferences and shopping habits may have been permanently changed by consumers’ recent experiences. Although recessions are notorious for reshaping economies, this downturn will entail many more changes in the makeup of the business sector as well as the working, spending and shopping habits of consumers.

While there may be a misstep in economic policy, the greatest risk would be if there was a resurgence in infections following the reopening of the economy or following an easing in some critical distancing or travel regulations. It may only take a resurgence in one locale to prompt consumers from other areas, or even nationwide, to believe the relaxation occurred too soon. That miscalculation would cause failed expectations that could again significantly reduce consumer confidence. A second shutdown of the economy, local or national, would be extremely expensive to both firms and consumers; it would also lead to more bankruptcies across both sectors of the economy.

The best antidote to failed expectations is to provide consumers with more realistic expectations. While the health consequences of the pandemic represented the top concern of consumers, its dominance over the accompanying financial devastation was facilitated by the anticipation that the impact of the pandemic would be transitory.

As the weeks extend into months, without greater financial assistance to a growing number of consumers who have lost their jobs and incomes, discontent will grow among consumers. Current economic policies do not correctly account for the extraordinary costs of this pandemic to the entire nation.

The size of the government relief programs should not be compared with prior recessions, but to the decisions made during WWII. At that time, much larger spending programs were approved to guarantee the well-being of the nation from potential harm.

A new CARES program of equal size and scope is now urgently needed. Concerns about rising federal deficits are irrelevant to this decision. Policymakers need to act quickly and decisively to prevent the pandemic from having the same devastating impact on the economic well-being of the nation. The pandemic will end with a vaccine, but the scars from the economic devastation will remain part of family lore long into the decades ahead as did the wounds of the Great Depression.