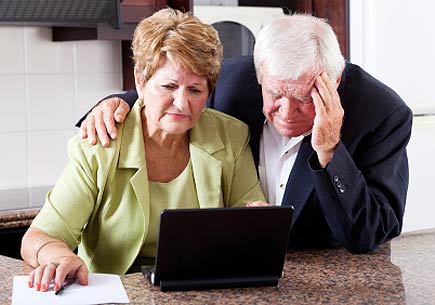 ANN ARBOR—New research shows that 40 percent of older Americans postponed retirement in the wake of the Great Recession.

The research, presented at the annual meeting of the Population Association of America, is the first to link actual data on household wealth just before and after the downturn to the retirement plans of a nationally representative sample of Americans age 50 and older.

“The typical household lost about 5 percent of its total wealth between the summers of 2008 and 2009,” said Brooke Helppie McFall, an economist at the University of Michigan Institute for Social Research (ISR). “The average person would need to work between 3.7 and 5 years longer than they planned in order to make up the money they lost.”

But people do not intend to work long enough to make up everything they lost, according to McFall.

“In considering when to retire, people make trade-offs between their desire for more leisure and for more time to spend with friends and family, and their desire to be financially secure in retirement,” she said. “So the typical person we surveyed who planned to work longer because of the recession only planned to work about 1.6 years longer than they had originally planned. That isn’t long enough to make up what they lost, but they’re trading off time for money.”

In general, McFall found that people who decided to postpone retirement also expected to leave less for their heirs.

With funding from the National Institute on Aging, McFall conducted the analysis using longitudinal data from 900 participants in two ISR studies: the Health and Retirement Study and the Cognitive Economics Study.

She also found that people who were pessimists about whether the stock market was going to rebound in the next year, and people who were within two years of their initial retirement age, were the most likely to say they planned to work longer.

“I also found that the greater the loss, the more likely people were to delay their retirement,” she said. “Still, very few people decided that they would work long enough to recoup their entire economic loss.”

In the analysis, McFall took into account financial wealth, including stock market, cash and retirement accounts, and net equity in housing wealth, as well as the likely value of future earnings, based on the income and the unemployment rate in the counties where participants lived.

“I became interested in this topic after my mother-in-law decided to postpone her retirement as a result of the Great Recession,” McFall said. “She decided to put it off for two years, and then to work part-time for a while instead of quitting all at once.”

In future research, McFall plans to study whether Americans are opting for bridge jobs or other transitional work arrangements rather than moving directly from full-time work to full-time retirement.