Running an LED in reverse could cool future computers 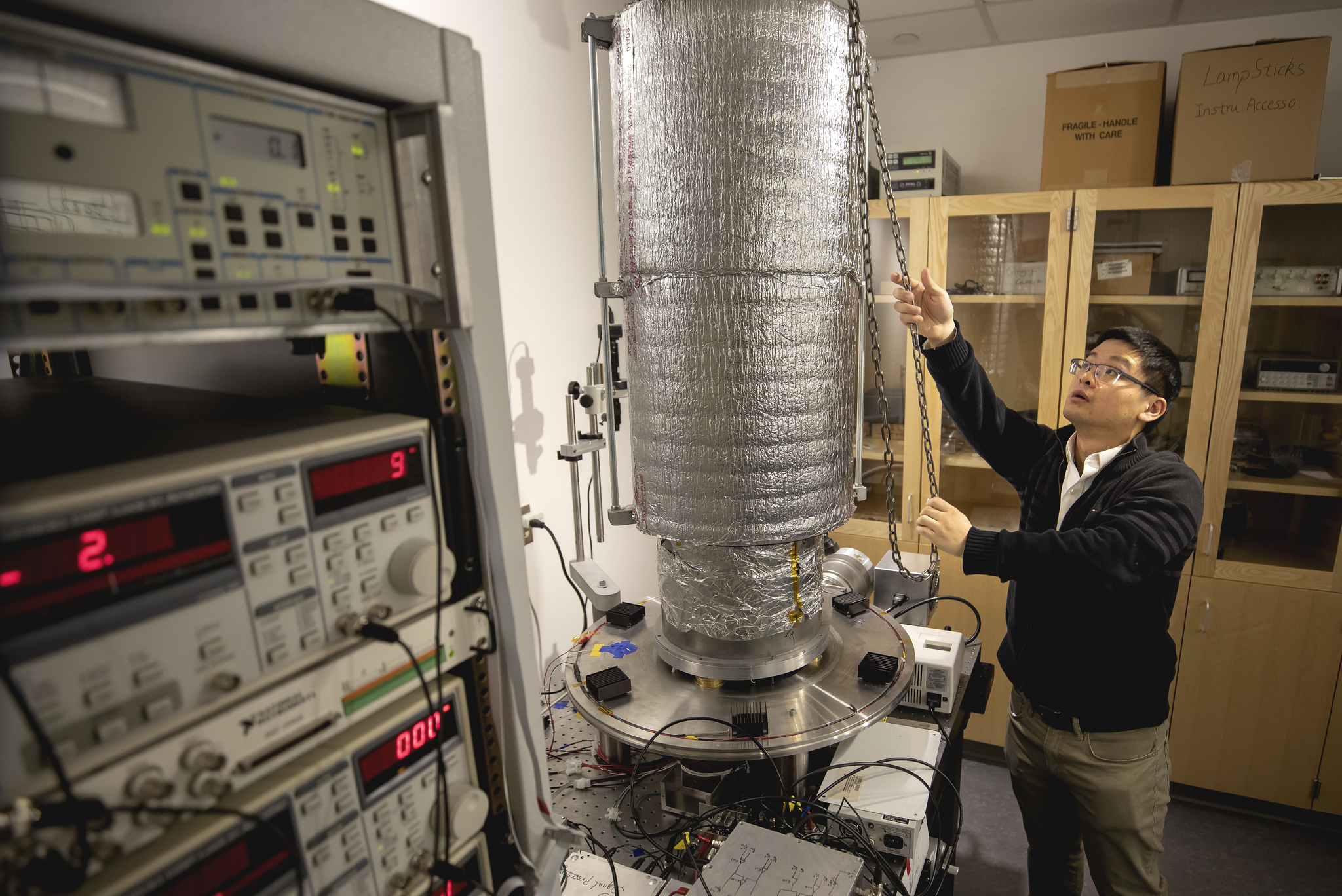 ANN ARBOR—In a finding that runs counter to a common assumption in physics, researchers at the University of Michigan ran a light emitting diode (LED) with electrodes reversed in order to cool another device mere nanometers away.

The approach could lead to new solid-state cooling technology for future microprocessors, which will have so many transistors packed into a small space that current methods can’t remove heat quickly enough. 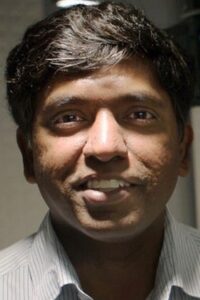 “We have demonstrated a second method for using photons to cool devices,” said Pramod Reddy, who co-led the work with Edgar Meyhofer, both professors of mechanical engineering.

The first—known in the field as laser cooling—is based on the foundational work of Arthur Ashkin, who shared the Nobel prize in Physics in 2018.

The researchers instead harnessed the chemical potential of thermal radiation—a concept more commonly used to explain, for example, how a battery works.

“Even today, many assume that the chemical potential of radiation is zero,” Meyhofer said. “But theoretical work going back to the 1980s suggests that under some conditions, this is not the case.” 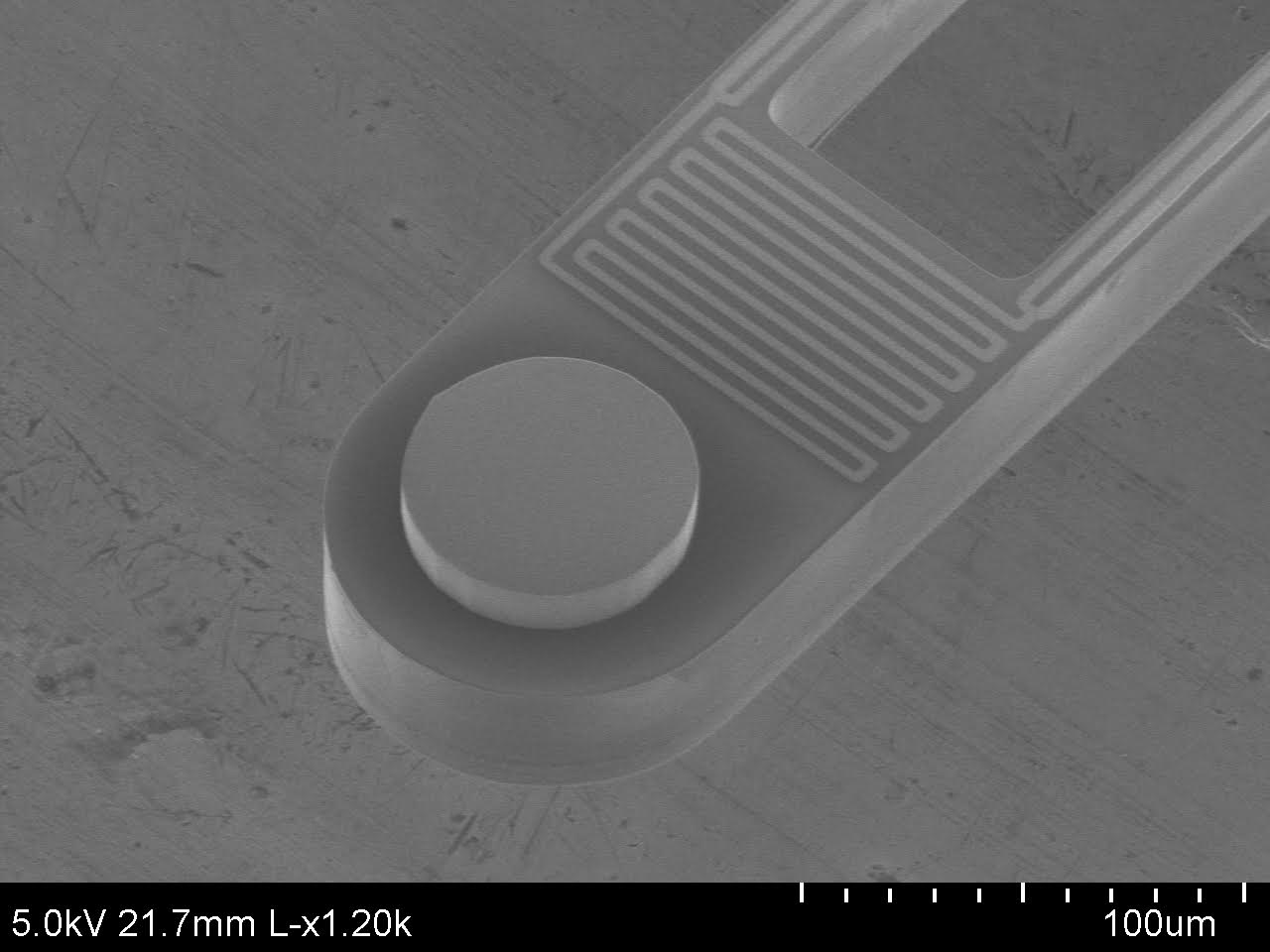 The U-M team made a calorimeter with a sensing area 80 micrometers (0.08 millimeters) across, shown in this electron microscope image. They used the calorimeter to show that an infrared photodiode running with electrodes reversed behaved as if it were at a lower temperature and cooled the calorimeter. Image credit: Linxiao Zhu

The chemical potential in a battery, for instance, drives an electric current when put into a device. Inside the battery, metal ions want to flow to the other side because they can get rid of some energy—chemical potential energy—and we use that energy as electricity. Electromagnetic radiation, including visible light and infrared thermal radiation, typically does not have this type of potential.

Usually for thermal radiation, the intensity only depends on temperature, but we actually have an additional knob to control this radiation, which makes the cooling we investigate possible.

“Usually for thermal radiation, the intensity only depends on temperature, but we actually have an additional knob to control this radiation, which makes the cooling we investigate possible,” said Linxiao Zhu, a research fellow in mechanical engineering and the lead author on the work.

That knob is electrical. In theory, reversing the positive and negative electrical connections on an infrared LED won’t just stop it from emitting light, but will actually suppress the thermal radiation that it should be producing just because it’s at room temperature.

“The LED, with this reverse bias trick, behaves as if it were at a lower temperature,” Reddy said.

However, measuring this cooling—and proving that anything interesting happened—is hideously complicated.

To get enough infrared light to flow from an object into the LED, the two would have to be extremely close together—less than a single wavelength of infrared light. This is necessary to take advantage of “near field” or “evanescent coupling” effects, which enable more infrared photons, or particles of light, to cross from the object to be cooled into the LED. 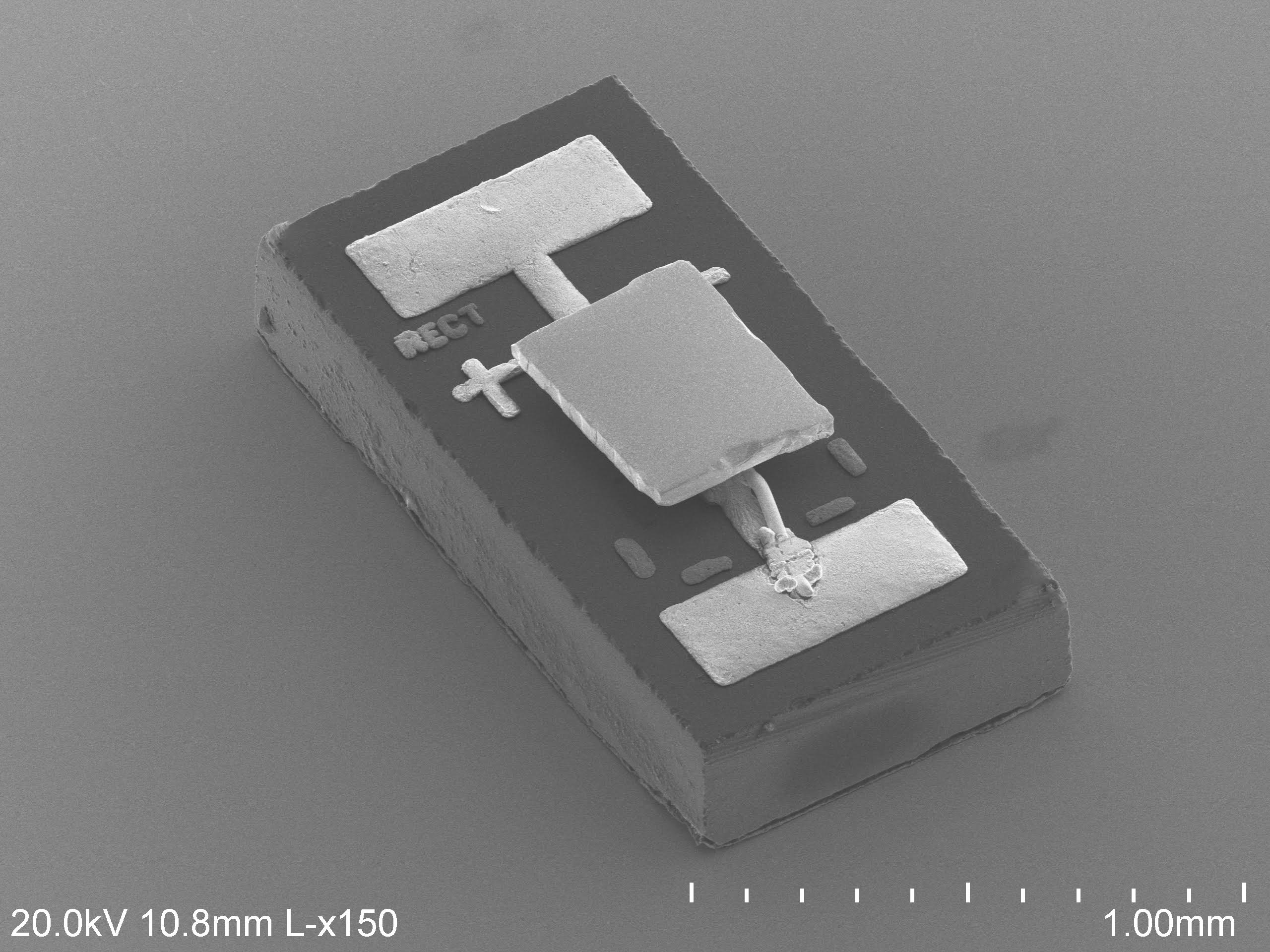 The U-M team modified an infrared photodiode about the size of a grain of rice, shown in this electron microscope image. They smoothed its surface so that they could place it in close proximity to a custom-made calorimeter, just 55 nanometers (0.000055 millimeters) between them. The calorimeter’s measurements showed that the photodiode, when run with electrodes reversed, behaved as if it were at a lower temperature, and cooled down the calorimeter. Image credit: Linxiao Zhu

Reddy and Meyhofer’s team had a leg up because they had already been heating and cooling nanoscale devices, arranging them so that they were only a few tens of nanometers apart—or less than a thousandth of a hair’s breadth. At this close proximity, a photon that would not have escaped the object to be cooled can pass into the LED, almost as if the gap between them did not exist. And the team had access to an ultra-low vibration laboratory where measurements of objects separated by nanometers become feasible because vibrations, such as those from footsteps by others in the building, are dramatically reduced.

The group proved the principle by building a minuscule calorimeter, which is a device that measures changes in energy, and putting it next to a tiny LED about the size of a grain of rice. These two were constantly emitting and receiving thermal photons from each other and elsewhere in their environments.

“Any object that is at room temperature is emitting light. A night vision camera is basically capturing the infrared light that is coming from a warm body,” Meyhofer said.

But once the LED is reverse biased, it began acting as a very low temperature object, absorbing photons from the calorimeter. At the same time, the gap prevents heat from traveling back into the calorimeter via conduction, resulting in a cooling effect.

This could turn out to be important for future smartphones and other computers. With more computing power in smaller and smaller devices, removing the heat from the microprocessor is beginning to limit how much power can be squeezed into a given space.

With improvements of the efficiency and cooling rates of this new approach, the team envisions this phenomenon as a way to quickly draw heat away from microprocessors in devices. It could even stand up to the abuses endured by smartphones, as nanoscale spacers could provide the separation between microprocessor and LED.

The research is to be published in the journal Nature on Feb. 14, 2019, titled, “Near-field photonic cooling through control of the chemical potential of photons.”