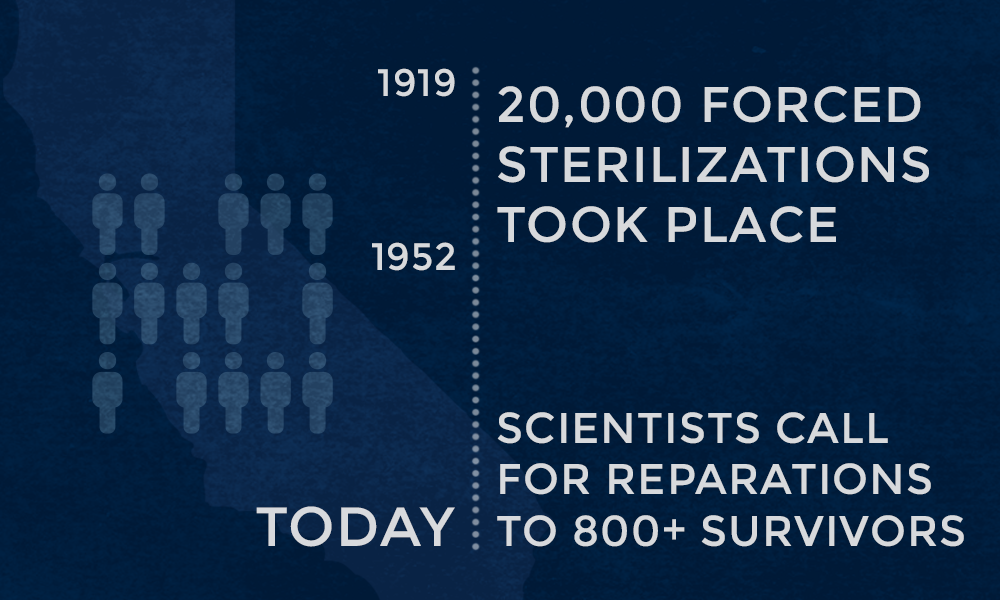 ANN ARBOR—California should consider offering reparations to more than 800 survivors of the state’s 20,000 forced sterilizations that took place between 1919 and 1952, say University of Michigan researchers.

Alexandra Minna Stern, U-M professor of American culture and director of the Center for Latin American and Caribbean Studies, and colleagues spent several years combing through thousands of records of sterilizations carried out in California psychiatric institutions—which disproportionately affected poor and minority patients in the state.

“Given the advanced age and declining numbers of sterilization survivors, time is of the essence for the state to seriously consider reparations,” said Stern, who also co-directs the Reproductive Justice Faculty Program based at U-M’s Institute for Research on Women and Gender.

Stern and her team recommend that California follow the examples of Virginia and North Carolina, states that recently set up funds to compensate survivors of forced sterilization programs.

“Recent efforts in these two states underscore the merit of compensating individuals who have experienced state-sanctioned reproductive justice,” Stern said.

Stern team’s previous research showed that Latinos were disproportionately sterilized for decades in California. Between 1907 and 1937, 32 states passed eugenic sterilization laws geared to prevent the “feeble-minded” and “insane” from procreating.

Sterilization laws had the effect of depriving individuals marginalized in the U.S. society of their reproductive rights, according to the researchers.

Stern has also provided historical expertise to “No Mas Bebés,” a PBS documentary focusing on Mexican immigrant mothers who were sterilized while giving birth at Los Angeles County USC Medical Center in the late 1960s and 1970s.

Her current study appears in the American Journal of Public Health.