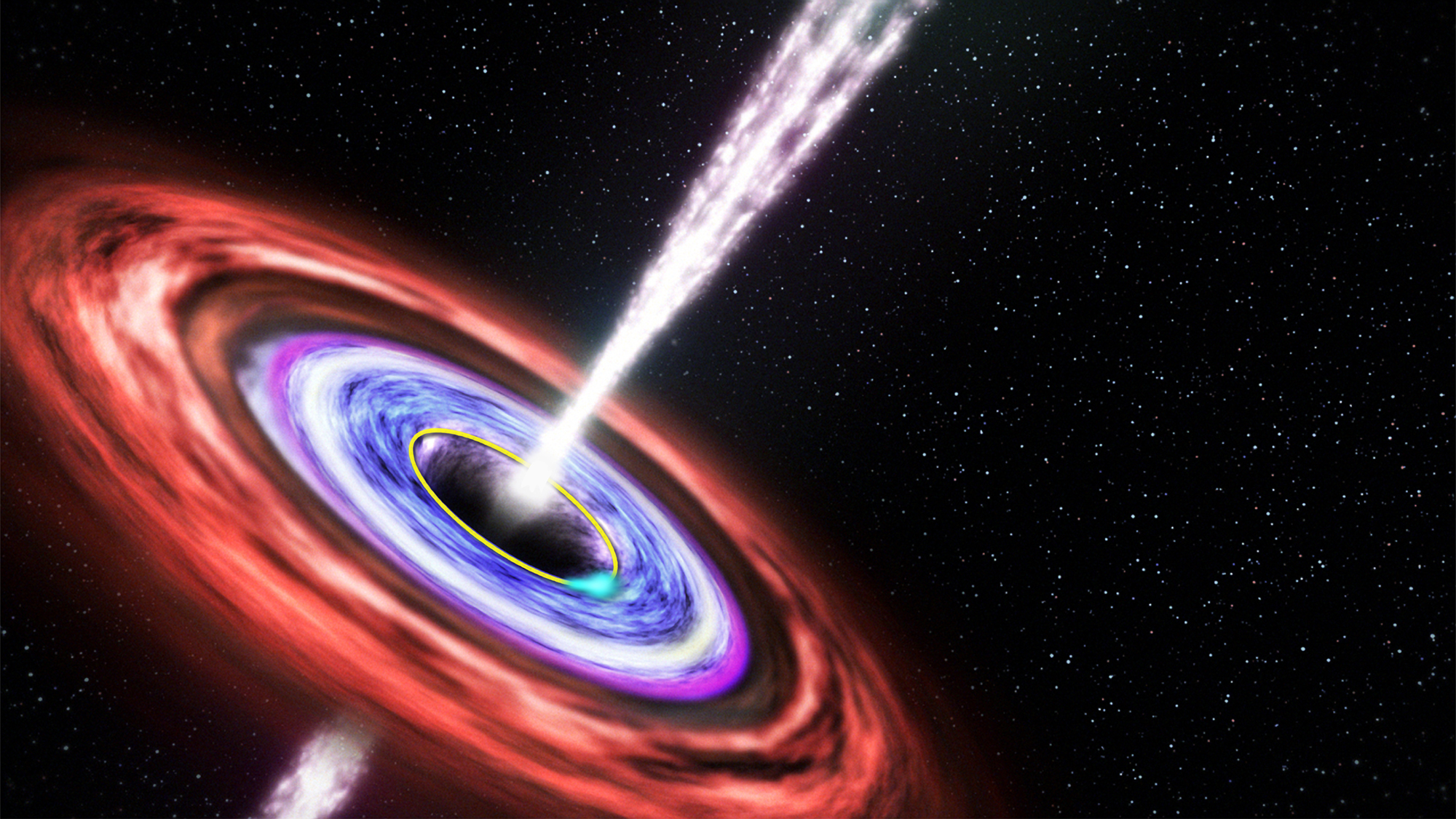 Researchers have identified a distinctive X-ray signal that comes from matter on the verge of falling into the black hole. Image credit: NASA’s Goddard Space Flight CenterANN ARBOR—Astrophysicists have detected, for the first time, the oscillating signal that heralds the last gasps of a star falling victim to a previously dormant supermassive black hole.

Led by researchers at the University of Michigan, the team documented the event with the Suzaku and XMM-Newton orbiting X-ray telescopes. These instruments picked up semi-regular blips in the light from a numerically-named galaxy 3.9 billion light years away in the northern constellation Draco the dragon.

The blips, scientifically known as “quasiperiodic oscillations,” occurred steadily every 200 seconds, but occasionally disappeared. Such signals have often been detected at smaller black holes and they’re believed to emanate from material about to be sucked in, explained Rubens Reis, an Einstein Postdoctoral Fellow at U-M and first author of a paper on the work published this week in Science Express.

“In order for the black hole to feed from a star that its gravity has broken apart, the remains of the star must form an accretion disk surrounding the black hole,” Reis said. “The disk gets heated up and we can see emissions from the disk very close to the black hole in X-rays. As this matter is falling in, it gives a quasiperiodic wobble and that’s the signal we detected.”

“You can think of it as hearing the star scream as it gets devoured, if you like,” added Jon Miller, astronomy professor at U-M and a co-author of the paper.

The researchers liken the signal to a sound because it repeats at a characteristic frequency, which they say would sound like an ultra-low D-sharp.

Scientists were able to “see” this event with NASA’s Swift Gamma-ray Burst Telescope last year, but they didn’t detect the oscillations at that time. Oscillations have been documented in stellar mass black holes having masses about ten times that of the Sun in our own Milky Way Galaxy. They have also been observed emanating from a supermassive black hole at the core of a nearby active galaxy.

Scientists have never identified a quasiperiodic signal from a latent galactic core that had reactivated, nor had they ever observed an event like this so far away.

“Our discovery opens the possibility of studying orbits close to black holes that are very distant, and it could make it possible to study general relativity under extreme settings,” Miller said.

For Reis, the findings confirm the constancy of black hole physics.

“This is telling us that the same physical phenomenon we observe in stellar mass black holes is also observed in black holes a million times the mass of the sun, and also for black holes that were previously asleep,” he said. “It speaks to the invariant nature of physics, which I think is very beautiful.”

The researchers detected the quasiperiodicity in the signals from both the joint Japanese and NASA Suzaku and the ESA’s XMM Newton orbiting observatories. To confirm that the signal was not just noise, they created a power spectrum of the signals, which involved counting the number of photons the telescopes received from the source as a function of time. It’s a way to quantify slight fluctuations in the light that might not otherwise be detectable. Their power spectrum confirmed the existence of the quasiperiodic oscillations in the signal. The event was originally detected with NASA’s Swift Gamma-ray Burst Telescope operated by Goddard Space Flight Center.

The paper is titled “A 200 s quasi-periodicity following the tidal disruption of a star by a dormant black hole.” The work was funded by NASA.