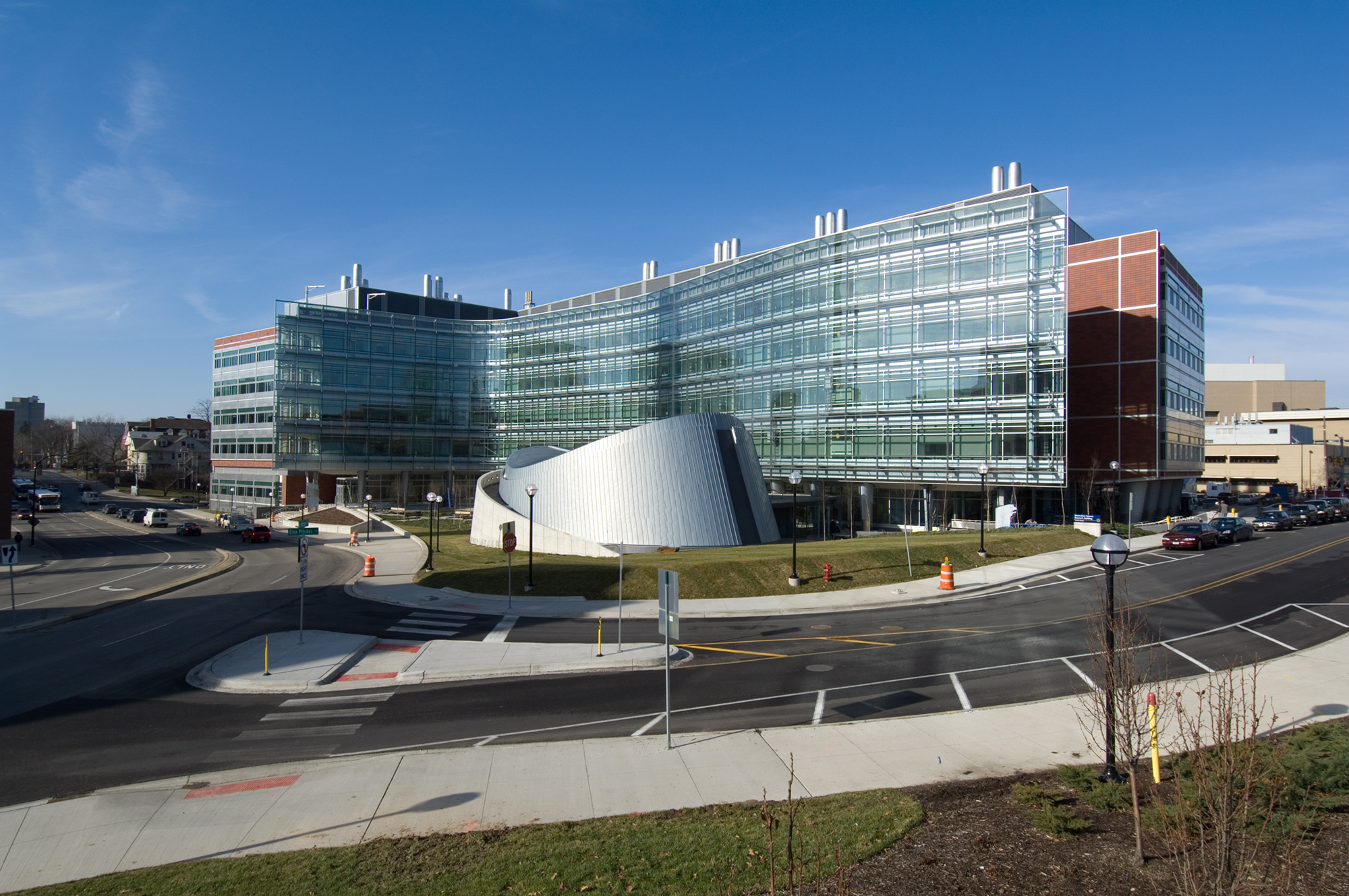 A. Alfred Taubman Biomedical Science Research BuildingANN ARBOR—A new University of Michigan study shows that when researchers share a building, and especially a floor, the likelihood of forming new collaborations and obtaining funding increases dramatically.   The findings have wide relevance to corporations, as well.

“Our analyses clearly show that there are benefits to co-location,” said Jason Owen-Smith, an associate professor of sociology and organizational studies.

Owen-Smith is the lead author of a report titled “A Tale of Two Buildings: Socio-Spatial Significance in Innovation” (http://bit.ly/NCRCReport). The report details the findings of a two-year study funded by the U-M Office of the Vice President for Research, the U-M Institute for Social Research and the U-M Medical School. 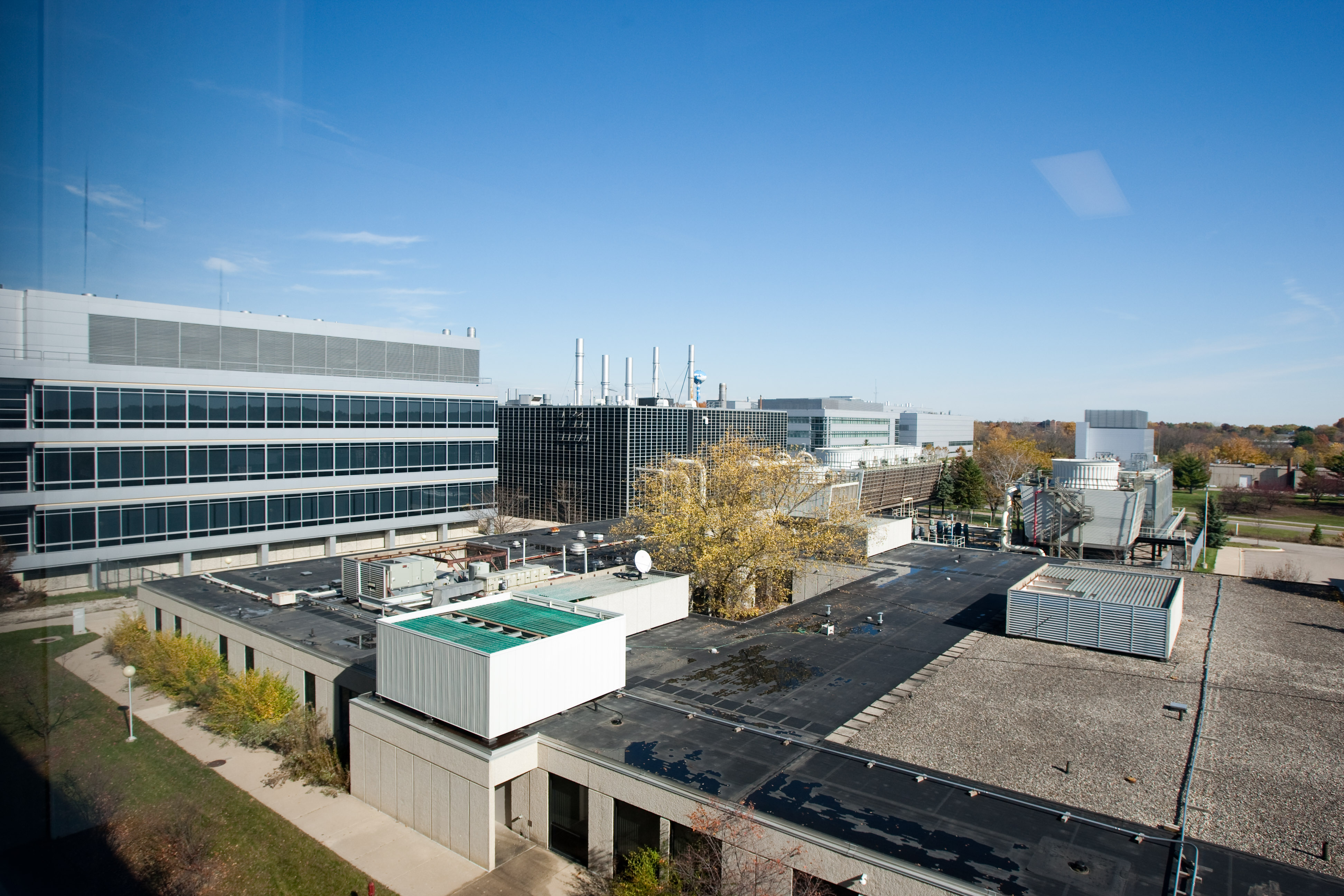 “One of the truly distinctive features of the University of Michigan is the exceptionally low barrier to doing interdisciplinary research,” said Stephen Forrest, U-M vice president for research. “This study gives insights into the benefits that such research brings and how interdisciplinarity, which is now at the forefront of scientific enquiry, is supported by such hubs as the North Campus Research Complex that brings researchers from many different disciplines into contact.”

“This study comes at an opportune moment when the NCRC is still an experiment-in-progress of larger scale collaborative research,” said David Cantor, NCRC executive director. “The conclusions from this study are a reminder that a one-size-fits-all approach is not an optimal approach. Group dynamics and the benefits of chance interactions influence productivity and innovative ideas.” 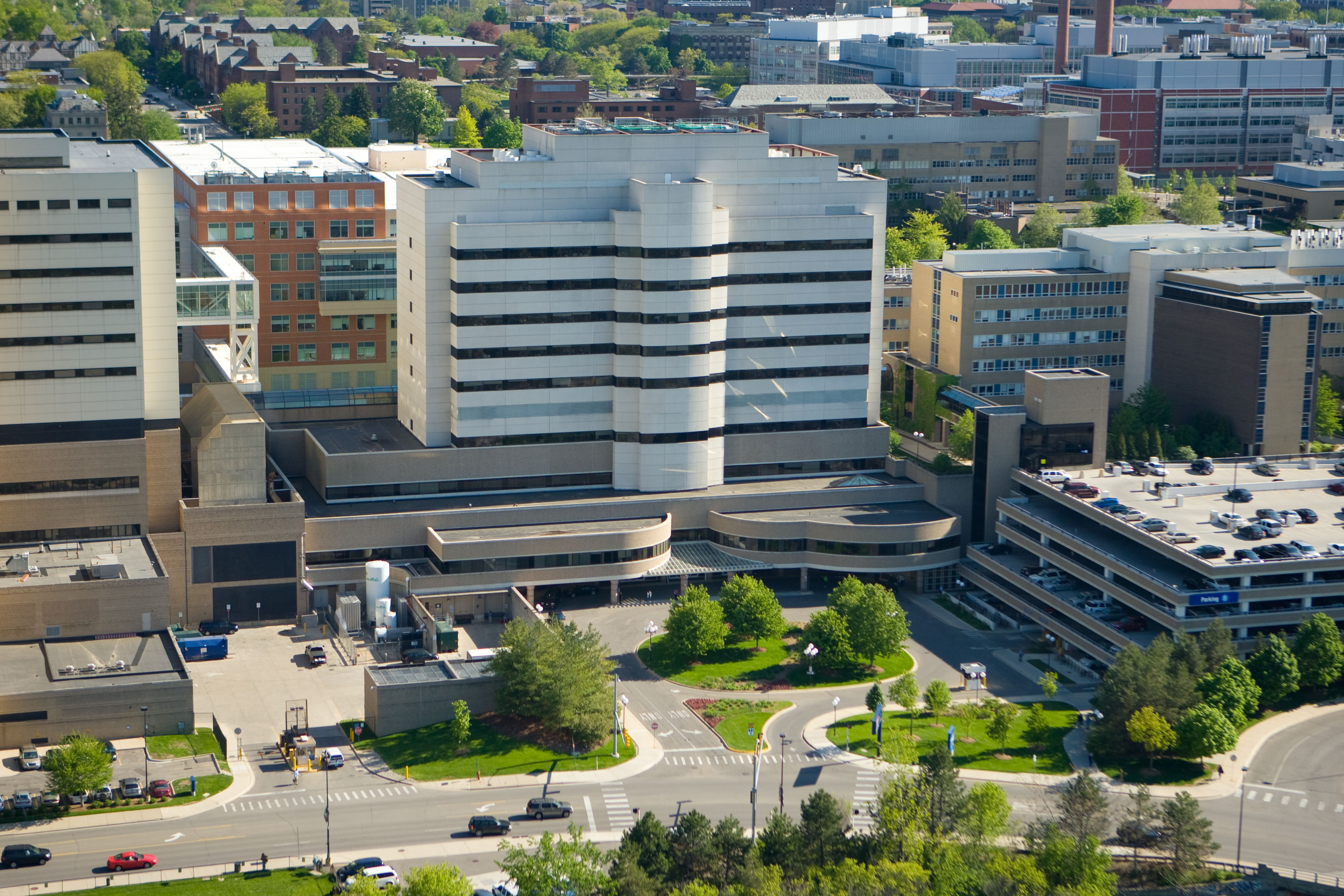 Comprehensive Cancer Center“This kind of rigorous social science research is very much in the ISR tradition,” said ISR director James Jackson. “Similar principles were used by the ISR founders in designing the 1965 ISR building. We invested in this study in order to assist the NCRC but also to inform our decisions about how the new addition to the ISR-Thompson building, now under construction, can maximize interdisciplinary collaborations and success in achieving funding for research from a variety of external sources.”

The study, which is the most extensive attempt to date to elucidate the socio-spatial dynamics of successful scientific research collaborations, tests assumptions about proximity and social networks that have stood unexamined for half a century.

One of these assumptions is that passive contacts between inhabitants of a building—just bumping into people as you go about your daily business—makes it more likely that you’ll share ideas and eventually engage in formal collaborations. This assumption is based on the work of ISR researcher Leon Festinger, who studied the friendships that developed among dormitory residents in the 1950s. 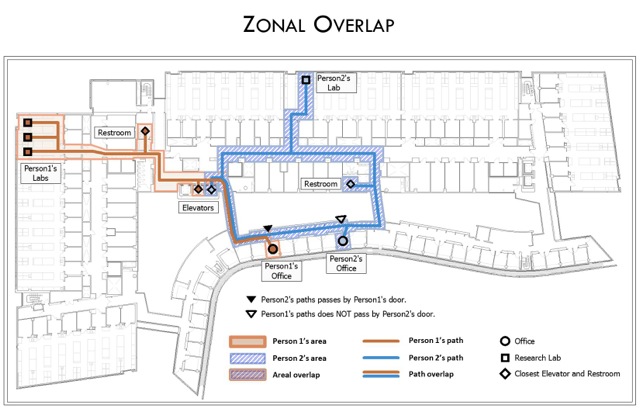 Owen-Smith and colleagues examined the relationship between office and lab proximity and walking patterns, and found that linear distance between offices was less important than overlap in daily walking paths. They developed the concept of zonal overlap as a way to operationalize Festinger’s idea of passive contact.

“We looked at how much overlap existed for any two researchers moving between lab space, office space, and the nearest bathroom and elevator,” Owen-Smith said. “And we found that net of the distance between their offices, for every 100 feet of zonal overlap, collaborations increased by 20 percent and grant funding increased between 21 and 30 percent.”

Owen-Smith and colleagues also found that the likelihood of passive contacts can be more simply assessed by using a measure of “door passing”—whether one investigator’s work path passes by another’s office door.

The analysis also showed the research groups studied were more likely to report unscheduled, impromptu encounters rather than scheduled meetings, and that most communication took place face-to-face rather than through electronic means. But this tendency varied among groups.