Shutdown of pipelines in Michigan’s Straits of Mackinac: U-M experts can comment 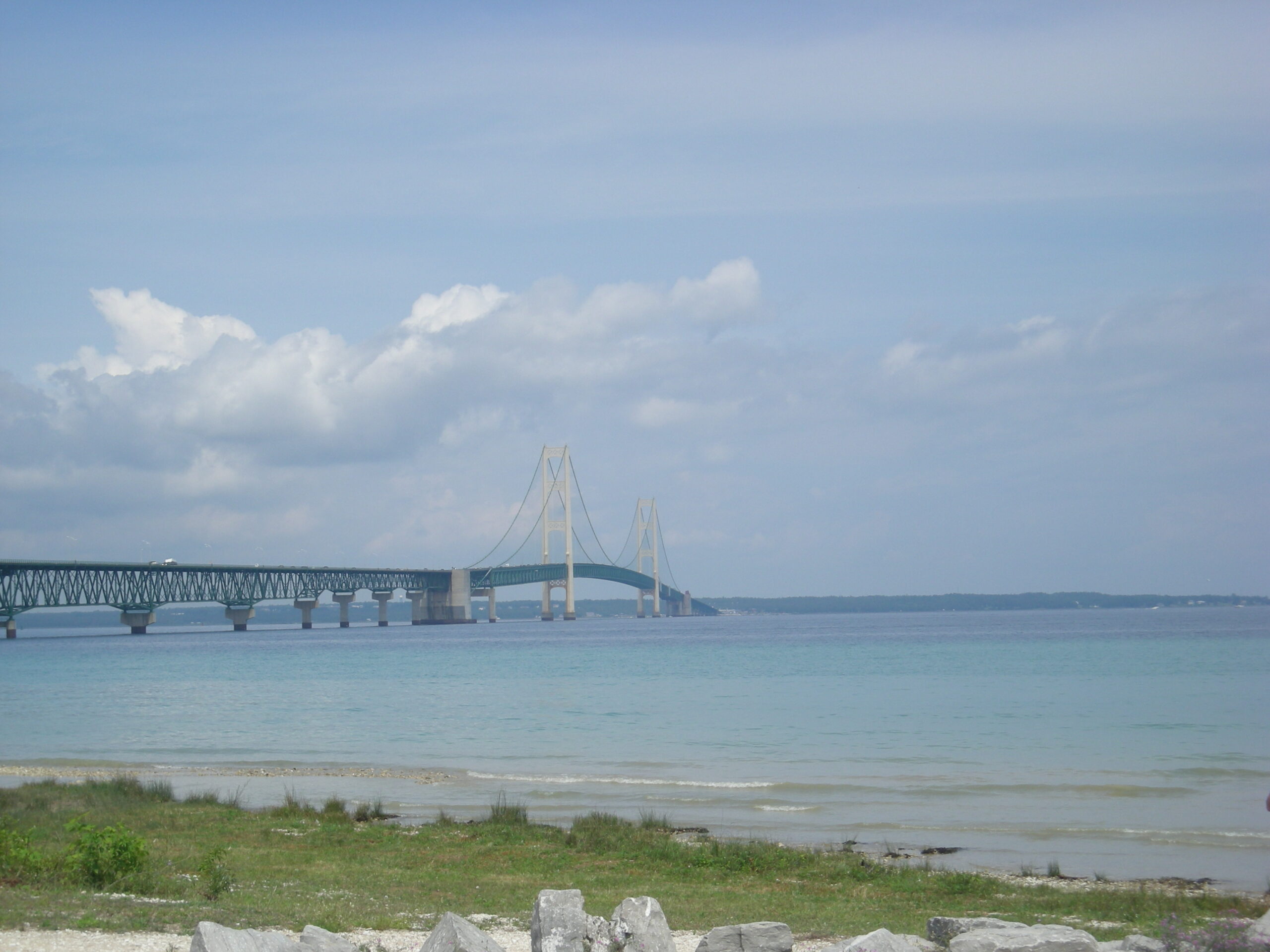 University of Michigan experts are available to discuss developments surrounding the order to shut down dual pipelines in the Straits of Mackinac transporting petroleum and other products, as well as a proposed tunnel project to carry a replacement pipeline.

Michigan Gov. Gretchen Whitmer revoked and terminated the 1953 easement that allowed Enbridge to operate the pipeline; the company is challenging the move in federal court and vows to continue running the lines beyond the May 12 deadline absent a court order.

Daniel Raimi is a lecturer at the Ford School of Public Policy. He can discuss Line 5’s role in the energy system in connection with reducing emissions.

Steven Ratner, professor of law, is an expert on public international law and a range of disputes involving states, individuals and corporations, including state and corporate duties regarding foreign investment and territorial conflicts.

Jennifer Read is director of the U-M Water Center, which released a study in 2014 by hydrodynamicist David Schwab that sounded the alarm about the potentially catastrophic environmental consequences of an oil spill from the Straits of Mackinac pipelines. The computer-simulation study found that oil would quickly contaminate shorelines miles away, in both lakes Michigan and Huron.

“The precautionary principle generally encourages us to avoid using a chemical or a process whose long-term impacts are uncertain, and we can apply it to the Line 5 situation, too,” Read said. “It is safest—for the health of Lake Michigan and Lake Huron, and Michigan’s Great Lakes-dependent economy—to stop using the pipeline until we are certain that destructive spills would not occur. If we can’t be certain, we shouldn’t use it at all.”

Seth Guikema is co-founder of the Center for Risk Analysis Informed Decision Engineering and professor of industrial and operations engineering, and civil and environmental engineering. His research focuses on issues of resilience, risk, sustainability and equity, particularly in areas prone to significant natural hazards. He can discuss the risk analysis-based principles and approaches that could be used to think about and make decisions about the situation.
“There’s a need to consider both the likelihood of a leak and the consequences if it does happen,” he said. “The consequences can be quite dire, but that’s where the conversation generally stops. How likely is it? What are the impacts of a shutdown? Who benefits? If there are impacts of a shutdown but they’re mostly to those in Canada, not the U.S., but we bear the risk, what should we do? There isn’t an easy answer to this question.”

John O’Shea is curator of Great Lakes Archaeology at the Museum of Anthropological Archaeology and professor of anthropology. He also is director of the Archaeology Underwater Program, which investigates both historic era shipwrecks and submerged prehistoric settlements, with a particular focus on Lake Huron.

“The entire locality is one that would have presented a unique setting for ancient hunters 10,000 years ago. We have recovered sites of this type in central Lake Huron, and it seems exceedingly likely that such drive lines, which is how these ancient hunters corralled caribou in order to hunt them, and other sites would be present in the straits,” he said. “The work has not been done, so there is no way to know at present if and where they are. Unfortunately, construction (and even pipeline removal) have the potential to disturb and destroy these sites before they are even recorded.”

Vineet Kamat, professor of civil and environmental engineering, studies how humans and robots collaborate in the construction, operation and maintenance of civil infrastructure. He can discuss the process Enbridge would use to construct a tunnel that ranges 60 to 250 feet under the lakebed to hold a replacement section of the line.

“The methods themselves are comparable to other spectacular global projects like the railway tunnel under the English Channel,” he said. “Human experts are still in charge of what the tunnel boring machine does, but once it is set up and launched, then the process of carving out the tunnel, removing the muck and building the concrete lining proceeds in quite an automated fashion. It wouldn’t be too far off to call it a semi-automated robot—except a very large robot.”

Read more about the tunnel building process and more on the Line 5 situation in The Future of Line 5: Engineering under Lake Michigan, from Michigan Engineering.