Sleep is vital to associating emotion with memory, according to U-M study 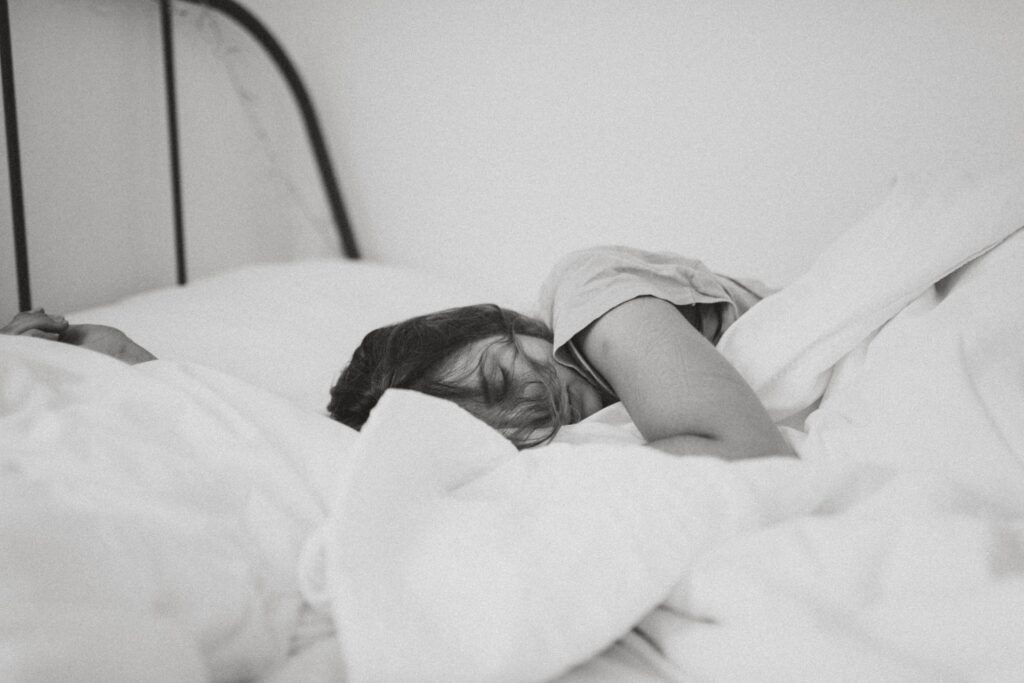 When you slip into sleep, it’s easy to imagine that your brain shuts down, but University of Michigan research suggests that groups of neurons activated during prior learning keep humming, tattooing memories into your brain.

U-M researchers have been studying how memories associated with a specific sensory event are formed and stored in mice. In a study conducted prior to the coronavirus pandemic and recently published in Nature Communications, the researchers examined how a fearful memory formed in relation to a specific visual stimulus.

They found that not only did the neurons activated by the visual stimulus keep more active during subsequent sleep, sleep is vital to their ability to connect the fear memory to the sensory event.

Previous research has shown that regions of the brain that are highly active during intensive learning tend to show more activity during subsequent sleep. But what was unclear was whether this “reactivation” of memories during sleep needs to occur in order to fully store the memory of newly learned material.

“Part of what we wanted to understand was whether there is communication between parts of the brain that are mediating the fear memory and the specific neurons mediating the sensory memory that the fear is being tied to. How do they talk together, and must they do so during sleep? We would really like to know what’s facilitating that process of making a new association, like a particular set of neurons, or a particular stage of sleep,” said Sara Aton, senior author of the study and a professor in the U-M Department of Molecular, Cellular and Developmental Biology. “But for the longest time, there was really no way to test this experimentally.”

Now, researchers have the tools to genetically tag cells that are activated by an experience during a specific window of time. Focusing on a specific set of neurons in the primary visual cortex, Aton and the study’s lead author, graduate student Brittany Clawson, created a visual memory test. They showed a group of mice a neutral image, and expressed genes in the visual cortex neurons activated by the image.

To verify that these neurons registered the neutral image, Aton and her team tested whether they could instigate the memory of the image stimulus by selectively activating the neurons without showing them the image. When they activated the neurons and paired that activation with a mild foot shock, they found that their subjects would subsequently be afraid of visual stimuli that looked similar to the image those cells encode. They found the reverse also to be true: after pairing the visual stimulus with a foot shock, their subjects would subsequently respond with fear to reactivating the neurons.

The researchers found that when they disrupted sleep after they showed the subjects an image and had given them a mild foot shock, there was no fear associated with the visual stimulus. Those with unmanipulated sleep learned to fear the specific visual stimulus that had been paired with the foot shock.

“We found that these mice actually became afraid of every visual stimulus we showed them,” Aton said. “From the time they go to the chamber where the visual stimuli are presented, they seem to know there’s a reason to feel fear, but they don’t know what specifically they’re afraid of.”

This likely shows that, in order for them to make an accurate fear association with a visual stimulus, they have to have sleep-associated reactivation of the neurons encoding that stimulus in the sensory cortex, according to Aton. This allows a memory specific to that visual cue to be generated.The researchers think that at the same time, that sensory cortical area must communicate with other brain structures, to marry the sensory aspect of the memory to the emotional aspect.

Aton says their findings could have implications for how anxiety and post-traumatic stress disorder are understood.

“To me this is kind of a clue that says, if you’re linking fear to some very specific event during sleep, sleep disruption may affect this process. In the absence of sleep, the brain seems to manage processing the fact that you are afraid, but you may be unable to link that to what specifically you should be afraid of,” Aton said. “That specification process may be one that goes awry with PTSD or generalized anxiety.”