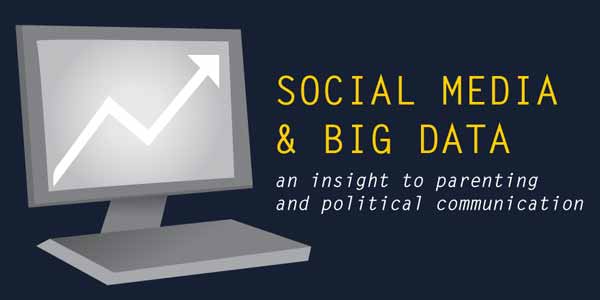 ANN ARBOR—University of Michigan researchers will use Big Data from social media to gain new insights into economics and the way people communicate about parenting and politics under two recently funded research projects.

The Michigan Institute for Data Science awarded the projects a combined $2.5 million under the second round of its Challenge Initiative program. The program is part of U-M’s $100 million Data Science Initiative announced in September 2015.

“These awards will leverage social science expertise at the University of Michigan to generate new discoveries and new methodologies that can be applied to many fields of data science,” said MIDAS co-director Alfred Hero, U-M professor of electrical engineering and computer science.

The projects will assemble research teams with members from across the university, including the Institute for Social Research; School of Information; Department of Economics in the College of Literature, Science, and the Arts; College of Engineering; and Ross School of Business.

One project, led by Michael Traugott of the Center for Political Studies at ISR, involves a collaboration with Georgetown University and the Gallup polling organization. The project will enlist social scientists and computer scientists to address different methods for combining survey data with the vast quantities of observational data available from social media.

“We are interested in how information flows in a new media world—how citizens learn about and communicate with each other about political candidates and public policies, and how new parents acquire information relating to parenting skills,” he said. “We expect the team’s work to be pattern-setting for social scientists everywhere who are interested in combining the relative strength of traditional surveys with big data about human activity.”

The approach involves leveraging Twitter data to enhance surveys that may suffer from low response rates or other missing data.

The second project, led by U-M economics professor Matthew Shapiro, will create a publicly available “economic datapedia” that provides real-time datasets for economists on a variety of topics, based on user expertise and social media data.

The project will enable social scientists to build time-series indicators from unstructured social media data and digital imagery. For example, the research can examine unemployment based on Twitter text analysis, or the economic health of a city based on cargo traffic in the surrounding transportation system.

The goal of the multiyear MIDAS Challenge Initiatives program is to foster data science projects that have the potential to prompt new partnerships between U-M, federal research agencies and industry. The challenges are focused on four areas: transportation, learning analytics, social science and health science.

“U-M’s expertise in social science, combined with our recent investment in data science, will lead to exciting new research directions as well as innovative Big Data methodologies usable in a wide range of disciplines,” said Brian Athey, MIDAS co-director and professor and chair of computational medicine and bioinformatics.