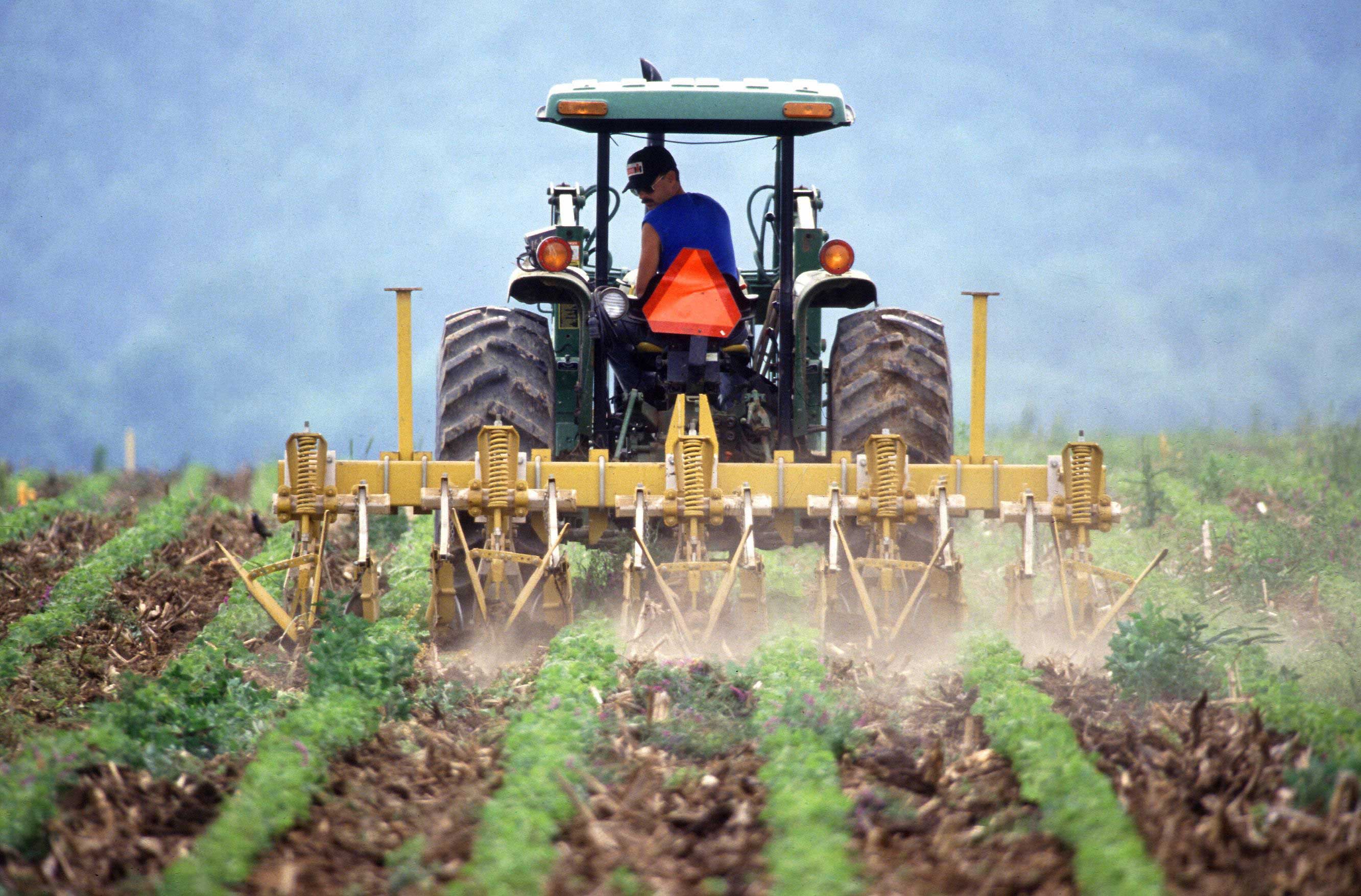 ANN ARBOR—If you want to do something about global warming, look under your feet. Managed well, soil’s ability to trap carbon dioxide is potentially much greater than previously estimated, according to researchers who say the resource could “significantly” offset increasing global emissions.

The scientists also call for a reversal of federal cutbacks to related research programs to learn more about this valuable resource.

The work, published in two overlapping papers Oct. 5 in the Annual Review of Ecology, Evolution, and Systematics, and Global Change Biology, emphasizes the need for more research into how soil—if managed well—could mitigate a rapidly changing climate.

Stanford University researchers led both research teams, which include scientists from more than a dozen institutions, including the University of Michigan.

“Dirt is not exciting to most people,” said Stanford’s Rob Jackson, lead author of the Annual Review paper and co-author of the Global Change Biology paper. “But it is a no-risk climate solution with big co-benefits. Fostering soil health protects food security and builds resilience to droughts, floods and urbanization.”

The Global Change Biology paper resulted from an International Soil Carbon Network Workshop. U-M ecologist and biogeochemist Luke Nave worked with collaborators at the Northern Institute of Applied Climate Science in Houghton, Mich., to establish the network and served as its coordinator from 2010 until this year. The network now includes more than 650 researchers from more than 30 countries. 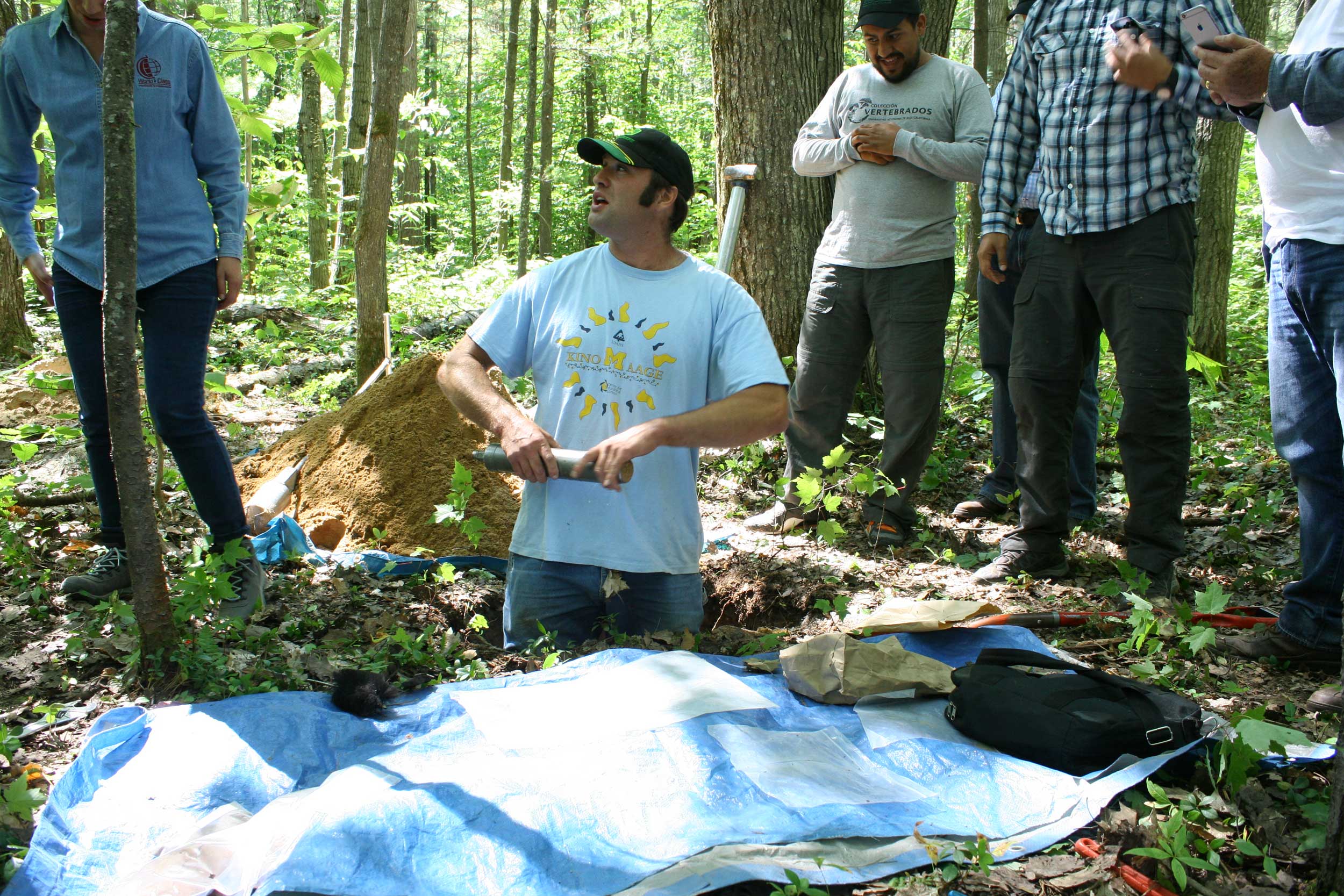 U-M ecologist and biogeochemist Luke Nave demonstrates methods to measure soil carbon during a July 2015 workshop at the University of Michigan Biological Station near Pellston. The annual workshop is held in partnership with the International Soil Carbon Network, the U.S. Forest Service, the U.S. Agency for International Development, and other domestic and international organizations. Image credit: Kailey Marcinkowski, Northern Institute of Applied Climate Science

“Collectively, we have long known that conserving soil organic matter is vital to sustaining the soil-based ecosystem services that support life as we know it,” said Nave, an assistant research scientist at the U-M Biological Station and in the Department of Ecology and Evolutionary Biology, and a co-author of the Global Change Biology paper.

“Increasingly, though, the sequestration of soil carbon—which is the principal constituent of soil organic matter—is considered a promising way to mitigate atmospheric carbon pollution and climate change. In recent years, our science has reached a point that we can actually put numbers on the soil carbon impacts of management or policy decisions by creatively synthesizing and applying existing datasets.”

Organic matter in soil, such as decomposing plant and animal residues, stores more carbon than do plants and the atmosphere combined. Unfortunately, the carbon in soil has been widely lost or degraded through land use changes and unsustainable forest and agricultural practices, fires, nitrogen deposition and other human activities.

The greatest near-term threat comes from thawing permafrost in Earth’s northern reaches, which could release massive amounts of carbon into the atmosphere.

Despite these risks, there is also great promise, according to Jackson and Jennifer Harden, a visiting scholar at Stanford’s School of Earth, Energy & Environmental Sciences and lead author of the Global Change Biology paper.

Improving how the land is managed could increase soil’s carbon storage enough to offset future carbon emissions from thawing permafrost, the researchers find. Among the possible approaches: reduced tillage, year-round livestock forage and compost application. Planting more perennial crops, instead of annuals, could store more carbon and reduce erosion by allowing roots to reach deeper into the ground. 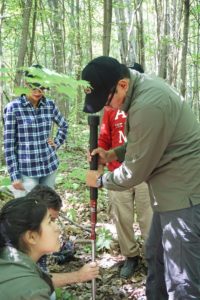 The researchers also found that about 70 percent of all sequestered carbon in the top meter of soil is in lands directly affected by agriculture, grazing or forest management—an amount that surprised the authors.

“I would not have expected that so much of Earth’s soil carbon is subject to our direct influence,” U-M’s Nave said. “But as Rob’s Annual Review paper shows, that’s not a bad thing in itself.

“As long as soils are managed scientifically, management need not decrease carbon stocks. Certainly in the forest soils realm, where most of my research is based, my collaborators and I will continue to publish on management practices that can sustain or even increase soil carbon.”

Jackson and his co-authors found a number of other surprises in their analysis. For example, plant roots are ﬁve times more likely than leaves to turn into soil organic matter for the same mass of material. The study also provides the most complete estimate yet of carbon in peatland and permafrost—almost half of the world’s estimated soil carbon.

The Jackson-led paper describes an unexpectedly large stock of potentially vulnerable carbon in the northern taiga, an ecosystem that is warming more rapidly than any other. These carbon stocks are comparatively poorly mapped and understood.

The study warns of another danger: overestimating how the organic matter in soil is distributed. Jackson and his co-authors calculate there may be 25-30 percent less than currently estimated due to constraints from bedrock, a factor previously not analyzed in published scientific research.

While scientists are now able to remotely map and monitor environmental changes on Earth’s surface, they still don’t have a strong understanding of the interactions among biological, chemical and physical processes regulating carbon in soils. 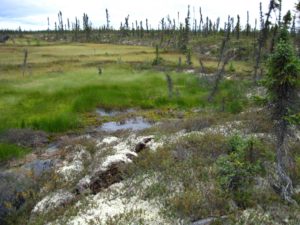 This knowledge is critical to understanding and predicting how the carbon cycle will respond to changes in the ecosystem, increasing food production and safeguarding natural services we depend on, such as crop pollination and underground water storage.

A rapidly changing climate—and its effects on soil—make these scientific advances all the more urgent.

“Soil has changed under our feet,” Harden said. “We can’t use the soil maps made 80 years ago and expect to find the same answers.”

However, funding pressures such as federal cuts to climate science, combined with turnover in science staff and a lack of systematic data threaten progress on soil carbon research.

The researchers call for a renewed push to gather significantly more data on carbon in the soil and to learn more about the role it plays in sequestering carbon. They envision an open, shared network for use by farmers, ranchers and other land managers, as well as policymakers and organizations that need good data to inform land investments and conservation.

“If we lose momentum on carbon research, it will stifle our momentum for solving both climate and land sustainability problems,” Harden said.

Added U-M’s Nave: “It is rewarding to see the International Soil Carbon Network used as the platform that we hoped it would become since its very beginnings. Seeing our scientific community united on a way forward is the proof that we needed a network and that it is doing its job.”