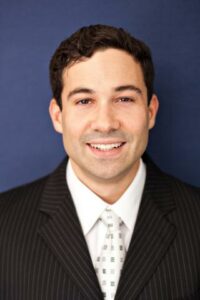 President Trump will deliver his second State of the Union address Feb. 5, a week after it had been originally scheduled but postponed due to the federal government shutdown.

Aaron Kall, director of the Michigan Debate Program and co-author of “The State of the Union is …: Memorable Addresses of the Last Fifty Years,” says with the re-election less than two years away, this will be one of Trump’s final opportunities to directly deliver his pitch to a large and captivated audience.

Q: A year ago, just prior to the SOTU, the federal government shutdown ended and immigration reform divided the political parties. What is the takeaway that Trump recently ended the shutdown and the border wall issue hasn’t been resolved as he gives his upcoming speech?

Kall: The recent 35-day federal government shutdown and upcoming deadline on Feb. 15 certainly adds a sense of urgency to Tuesday’s address. President Trump will likely use this opportunity to make his most persuasive case for additional border wall funding. A bipartisan immigration deal by Valentine’s Day is unlikely, so Trump could lay the predicate for a state of emergency declaration during the speech.

Q: With more news outlets, blogs and social media opportunities for the public to be informed directly by the president, why is it important for the SOTU to continue?

Kall: The annual State of the Union address remains one of the rare instances in politics where 50 million or more people tune in for an hour speech from the president. With so much competing content and choices, it’s an opportunity for him to persuade a large audience toward his agenda and way of thinking.

Q: Why is it necessary to have it in the chamber of the U.S. House of Representatives (where it can come off as political posturing) as opposed to the Oval Office (where the emphasis would be more on the message)?

Kall: The House chamber is an iconic venue and President Trump recognizes its power and significance. The Oval Office address was terse and polling shows didn’t change many minds. It was only eight minutes duration, and the Oval Office has always been an awkward venue to deliver an important address. President Trump has the opportunity to reach a much larger audience in a more comfortable surrounding on Tuesday night.

Q: What are some key messages that Trump should highlight in his speech?

Kall: President Trump should highlight his legislative and executive achievements from his first two years in office. He will likely stress the strength of the economy, stock market and employment data that he will argue directly resulted from a pro-growth and deregulation agenda. He will stress national unity and focus on bipartisan issues like infrastructure spending and lowering the cost of prescription drug prices.

Q: Former Georgia gubernatorial candidate Stacey Abrams will give the Democratic response to the SOTU. What should her message be?

Kall: Providing the response to the State of the Union address is the toughest assignments in all of politics. This speech is fraught with political peril, but Stacey Abrams is an impressive candidate who could be up to the task. She will no doubt have talking points prepared in advance, but she should combine those with a real-time rebuttal of President Trump’s address and focus on his most vulnerable points of attack. It will be interesting to see if she uses this high-profile opportunity to announce her candidacy to challenge first-term Georgia Senator David Perdue in November 2020.