Terri Friedline: Stimulus checks might not reach those who need them most 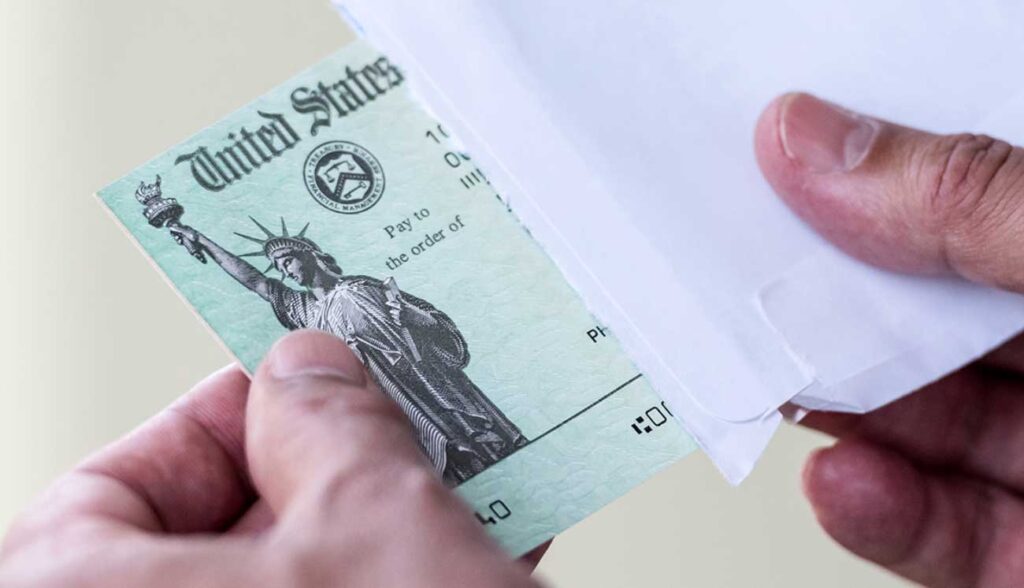 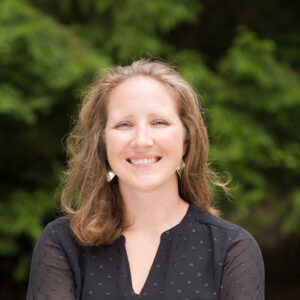 The government will send up to $1,200 in economic stimulus money to help Americans with the financial strain caused by the coronavirus pandemic. But many individuals, such as minorities and lower-income households, are excluded from accessing and using the financial services they need, says Terri Friedline, associate professor of social work at the University of Michigan.

Friedline discusses financial system reform and consumer protections to ensure that people and communities have access to safe and affordable financial products and services.

Many people expect to receive the stimulus money, but the time frame varies significantly from a few weeks to several months. What is the impact from this?

People can’t wait four months for relief, which is how long it will take to receive their money for millions of households who don’t have bank accounts. This delay will disproportionately affect the people who were marginalized or already burdened to begin with, and who especially need relief now: black and brown, lower-income white and female-headed households.

Many families in the United States were experiencing financial uncertainty before the COVID-19 pandemic swept the globe. Nearly 50% of households regularly struggle to make ends meet, 40% are unable to cover an unexpected $400 expense, and most do not have enough savings to replace one month of income. Given racism, classism and sexism, these financial uncertainties are experienced more deeply by black, brown, lower-income white and female-headed households. A swift and aggressive economic response is needed so that families are not financially devastated by the COVID-19 pandemic, especially for those already disadvantaged by our existing financial and economic systems.

Policymakers need to advance legislation that responds immediately to the crisis and also charts an ongoing path forward once the crisis subsides. Policymakers should also target these responses toward the people most harmed by the coronavirus and pandemic recession so as to not exacerbate race, class and gender-based inequalities.

Your research, including “Mapping Financial Opportunity (PDF),” proposes universal bank accounts through existing banks and financial or public institutions like postal banking. The government could easily distribute stimulus money if everyone had a bank account. Why has it not been implemented?

One reason is because banks are standing in the way of universal bank account proposals. Despite providing a necessary public service, our banks and financial institutions are private, for-profit businesses. Banks have consistently argued that there is no business case for opening and maintaining accounts that aren’t profitable. Federal regulators encourage banks to serve all customers, but banks are designed to make money and to target customers in ways that benefit shareholders and help their bottom line. And banks have powerful, well-funded lobbying efforts to shape policy and regulatory decisions in their favor. Even during this pandemic recession that will devastate millions of families, banks are lobbying for no-strings-attached bailouts and could receive stimulus money before the people who need it most.

Another related reason has to do with the current approach to financial system regulations. Even though we are only a decade removed from the Great Recession, which is widely believed to have been caused by lax financial system regulations, few policymakers seem to have interest in stronger regulations and oversight. Just a few years ago, a bipartisan effort rolled back regulations on small and community banks despite evidence that they discriminate against customers and pose serious systemic risks. Policymakers like Senators Brown, Sanders and Warren and Representatives Ocasio-Cortez, Tlaib and Waters are outspoken about the need for stronger regulations and oversight. However, these views are unfortunately not shared widely enough to require banks and other financial institutions to serve all customers, establish universal bank accounts or create a public option.

What has kept banks and other financial institutions from being more customer friendly to minorities and low-income individuals?

It is part of banks’ DNA to serve wealthier and whiter customers. The first banks were established during slavery for wealthy whites to capitalize on the forced labor of black and brown peoples. Well-known banks can trace their roots to slavery, and news reports regularly describe banks’ discrimination against their customers.

There are some important efforts to make banks and other financial institutions serve their customers equally. For example, the U.S. House Committee on Financial Services, chaired by Rep. Maxine Waters, has commissioned reports and held numerous hearings on banks’ services to black and brown customers. The Community Reinvestment Act, which is currently under consideration for revision, was implemented following Civil Rights and is one of the only laws on the books requiring banks to invest in underserved communities. These efforts are necessary to ensure that banks serve black, brown and lower-income white customers.

One issue is people having proper identification, which can be a challenge for immigrants, older adults, the homeless and youth in state systems like juvenile justice and foster care. What must happen to overcome this obstacle?

Unfortunately, the credentials used to determine who has the rights to banking are too often aligned with privileged social identities.

In a national survey of banks (PDF) I conducted a few years ago, only one third of banks accepted alternative forms of identification, like tax identification numbers, embassy IDs and tribal IDs. And even when banks did accept these alternative forms of identification, they still required a government-issued ID like a driver’s license. This excludes immigrants and undocumented residents from banking. This significant concern is amplified during the pandemic given that immigrants and undocumented residents are disproportionately working in jobs responsible for caring for others, cleaning and maintaining physical safety, and keeping food and supply chains moving—all at risk to their own health and safety. And they’re doing this work while facing long delays in receiving stimulus money because of not having bank accounts for direct deposit or without receiving any stimulus money at all.

Advocacy organizations, cities and states around the country are creating solutions to some of these obstacles. For example, New York City created a free municipal ID available to all of its residents regardless of citizenship status. Detroit, Chicago, and Washtenaw County also have municipal IDs. The State of Michigan is considering legislation that would allow undocumented residents to apply for driver’s licenses. These IDs give residents the credentials they need for banking and financial services.

These localized solutions are needed in absence of a federal response. However, policymakers and regulators have the ability–if not the political will–to require banks and other financial institutions to lower barriers to banking, establish universal bank accounts, and create public options like public banks or postal banking. Canada is an easy example: in 2001, policymakers required banks to offer checking accounts that cost no more than $4 per month to anyone who wants one, regardless of income, employment status, or criminal background. As a result, almost everyone in Canada has a bank account.

What are the roles of technology during this time, such as distributing stimulus money more quickly or helping people stay virtually connected?

This crisis is laying bare the vast inequalities in access to digital and financial technologies. And even revealing states’ and institutions’ limited technology capacities. I’ve been writing about these inequalities for a long time, but the concomitant digital and financial divides are something that mainstream society has largely ignored until now. Poor rural communities have really low rates of high-speed internet availability and use. Black and brown communities also have disproportionately lower rates of high-speed internet access.

Finance and technology are being stitched together in mutually reinforcing ways. So, it is really necessary to close both the digital and financial divides simultaneously. The same digital divides that are preventing some students from participating in online learning are also preventing many families from managing their money using online banking or mobile apps. If there were universal bank accounts, technology could be used to automatically or more efficiently deposit money directly into accounts.

However, without eliminating the digital divide, families still might not have access to their money. How can a person without a computer or smartphone cash their stimulus or social security check to pay their bills while the public transportation they rely on is disrupted or their local bank branch is closed? The solutions to challenges like these are far from intuitive. Families will spend hours trying to solve these challenges and many won’t be able to solve them all—worsening their crisis.