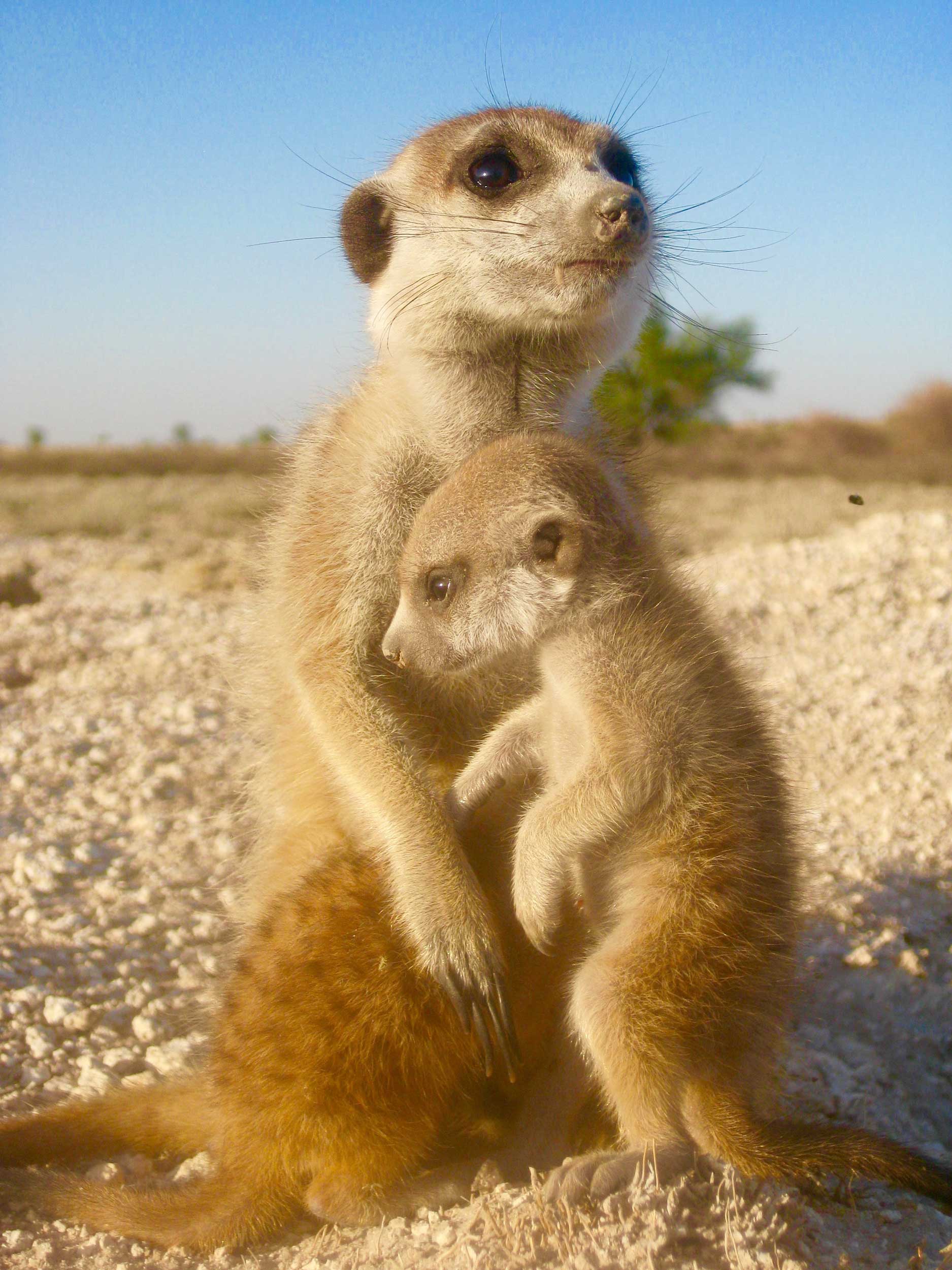 A mother and baby meerkat. Image credit: Ben DantzerANN ARBOR—Dominant female meerkats use aggression to keep subordinates from breeding, but a new study finds this negative behavior also can result in the latter becoming less willing to help within the group.

A longstanding hypothesis proposes that subordinates stressed out by coercion or aggression from the socially dominant breeders can cause them to be unable to reproduce on their own. However, in cooperatively breeding mammals in which dominant breeders produce all or most of the offspring, the aggressive behavior may backfire: Subordinates that are stressed may also exhibit less helping behavior.

Subordinates typically help raise pups by guarding and feeding them, and alerting pups and other group members about predators

By studying the behavior of meerkats, which live in groups with up to 50 individuals, researchers learn more about the social cooperation among other species, such as humans, said the study’s lead author Ben Dantzer, assistant professor of psychology and ecology and evolutionary biology at the University of Michigan. 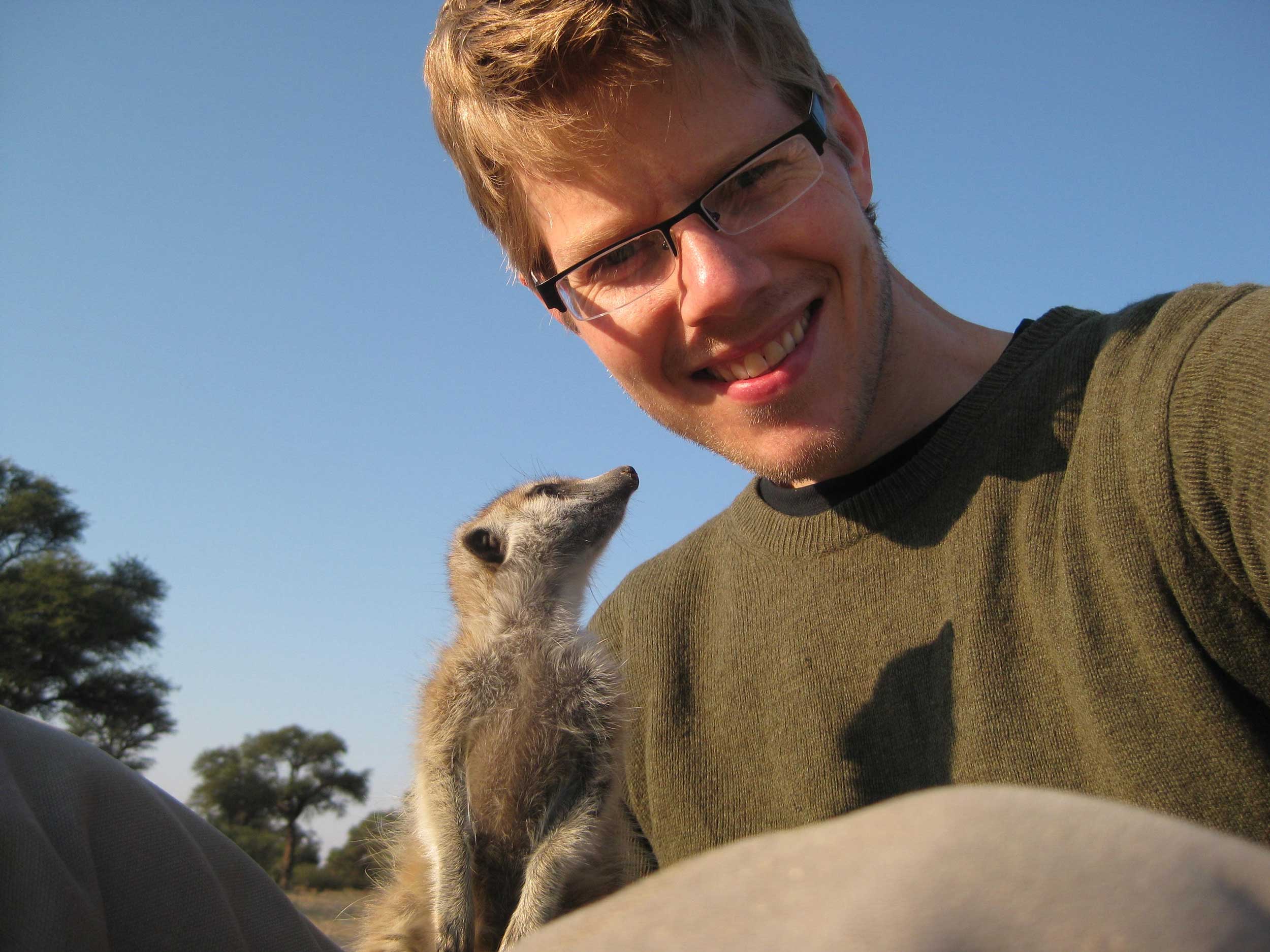 Over the past 19 years, study co-authors Tim Clutton-Brock (University of Cambridge) and Marta Manser (University of Zurich) have compiled meerkat behavioral data by tracking the animals, which were marked with dye to be easily identified. The researchers visited the meerkat groups frequently throughout the year to record the amount of helping behavior that subordinates exhibited toward offspring, as well as how much aggression they received from dominant females.

“For a dominant female meerkat, stressing the subordinates may suppress their reproduction—as previous studies have shown—but we show that it may also carry costs by suppressing the cooperative/helping behavior of subordinates,” Dantzer said.

The findings appear in Proceedings of the Royal Society Series B.