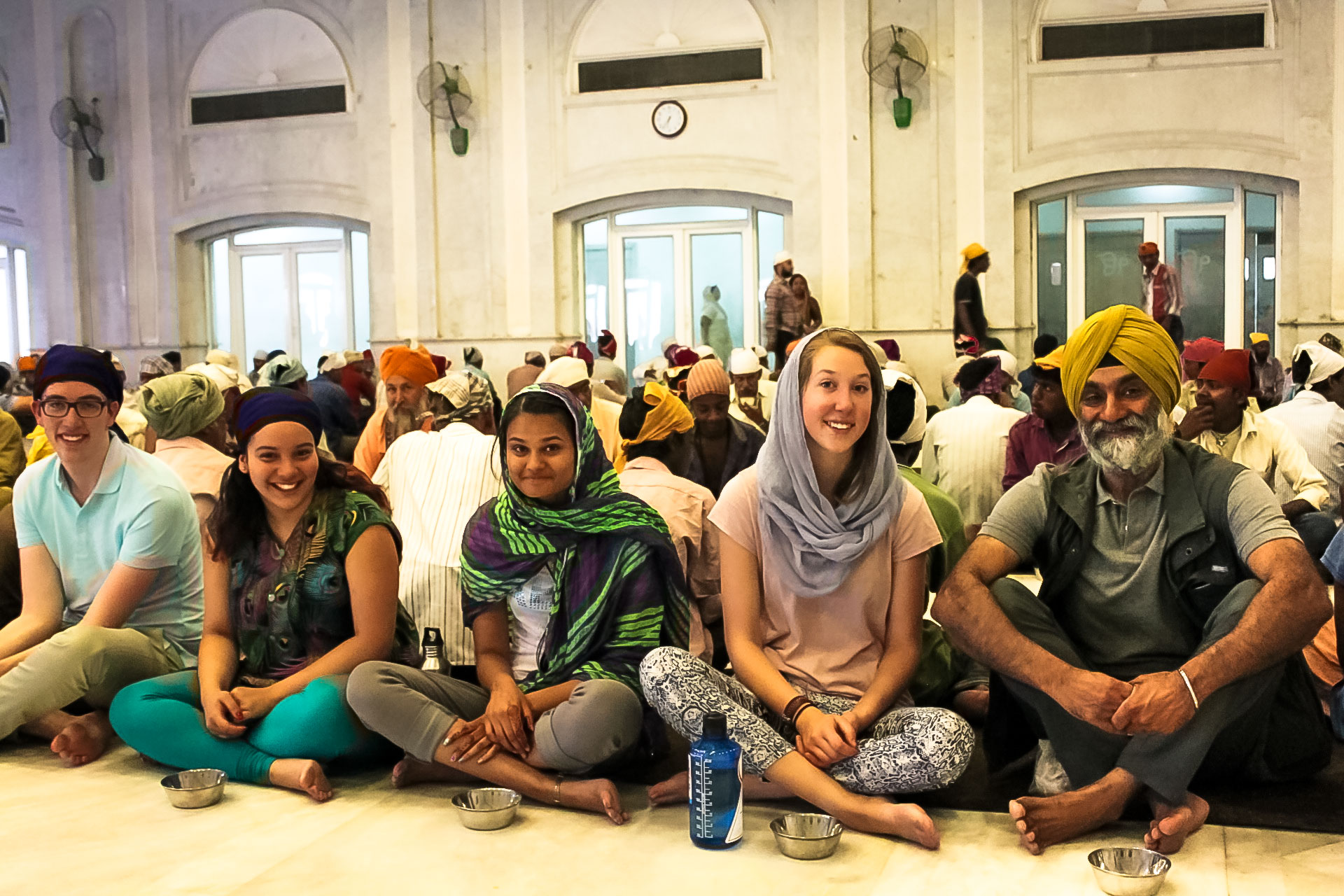 Jasprit Singh (right), professor of electrical engineering and computer science, leads a group of U-M students on a visit to the Golden Temple, one of India’s biggest shrines. Image credit: Teresa SinghANN ARBOR—For the second straight year, the number of University of Michigan students studying abroad increased by 15 percent, placing U-M fifth in the nation among higher education institutions with the most students overseas, a report said Monday.

The university had 2,719 U.S. students earning credit in education-abroad programs in 2013-14, compared to 2,365 in the previous period when U-M was ranked No. 6, according to the annual Open Doors report by the Institute of International Education, a New York-based nonprofit.

“U-M is transforming its educational environment so that every student can have a high-impact engaged learning experience. The growth in education abroad provides us with another means to achieve this goal,” said James Holloway, vice provost for global and engaged learning.

“Our schools and colleges have done tremendous work to grow our capacity to deliver these programs. We have also seen increasing numbers of students designing their own educational experiences abroad.”

Although the highly regarded Open Doors report is the most complete census of education abroad in the U.S., the study does not provide a complete count of how many U-M students have gone overseas.

Not included in the report—commissioned by the U.S. State Department—are students who are not U.S. citizens. Also excluded are those who go abroad for noncredit “co-curricular” activities, such as internships, volunteer projects, research and performances. 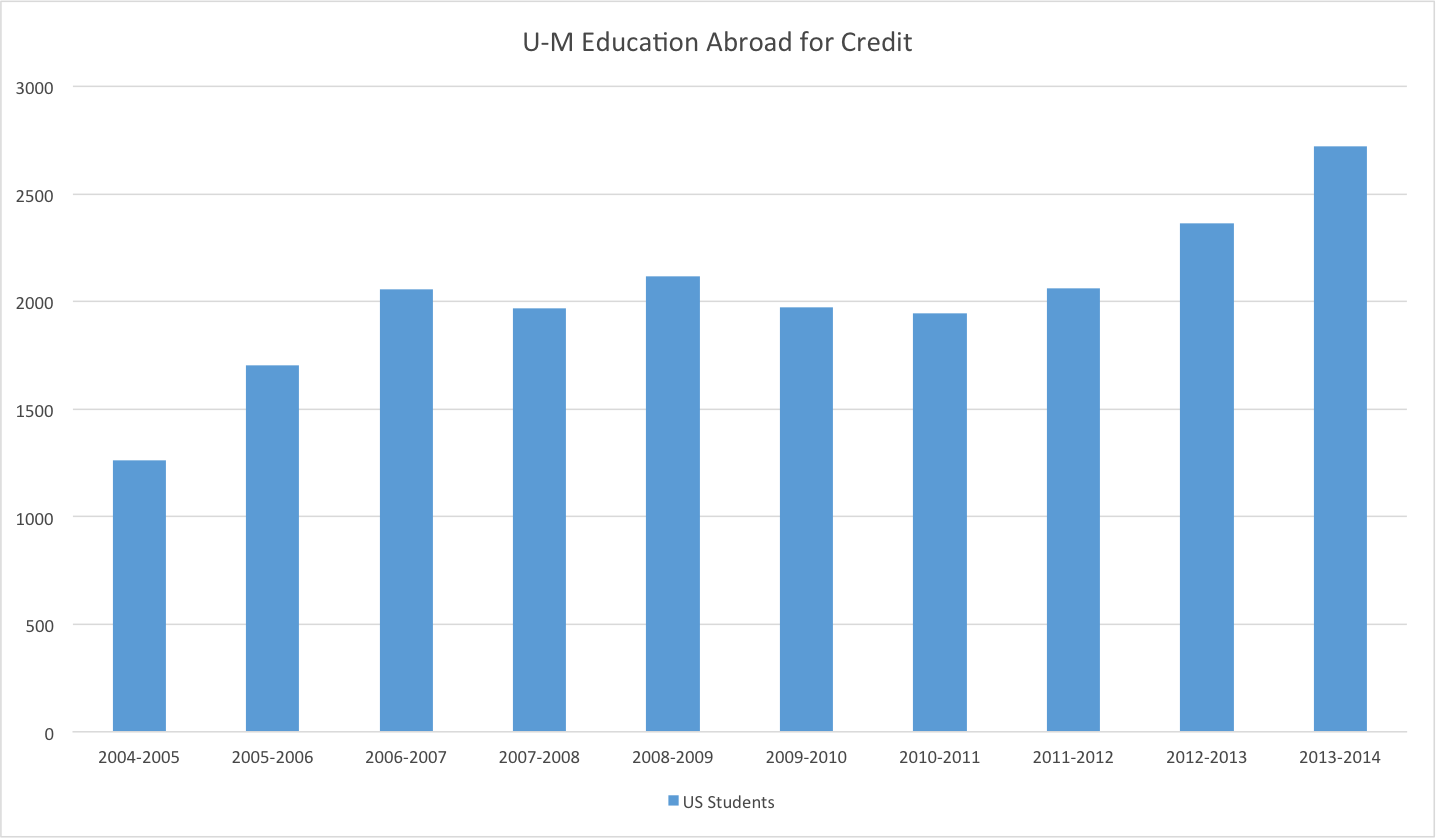 After years of fluctuation, the number of U.S. students at U-M who are studying abroad has shown strong growth in the past two years.When U-M includes these students in its total education-abroad tally, the university had nearly 5,000 students overseas in 2013-14—almost double the number in the Open Doors report.

Safety is always a key concern for all of U-M’s international travelers, and U-M has a professional staff who assess security situations worldwide, advise students about risks before they depart and stay in close touch with them at their international sites. All U-M travelers are required to register their travel via an online system that supports emergency response for travelers abroad.

“U-M is currently engaged in an important diversity strategic planning process. We know this diversity is tied closely to our ability to be an intellectually excellent academic environment,” Holloway said. “Our incredible population of international students enriches the intellectual environment for all students, while simultaneously delivering on our mission to serve the people of Michigan and the world by creating and communicating knowledge, and creating leaders to challenge the present and enrich the future.”