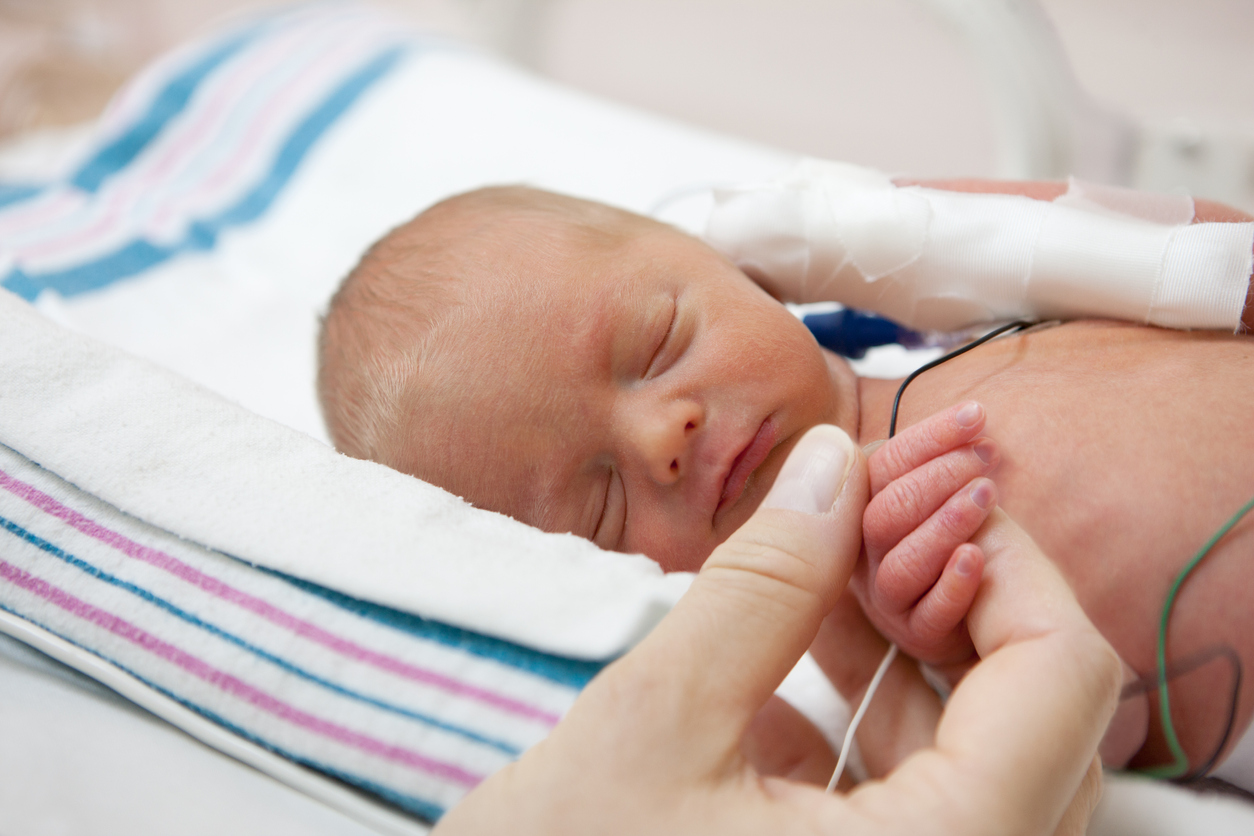 ANN ARBOR—Scientists seeking answers to what is behind high rates of preterm birth in Puerto Rico have found an association between exposure to chemicals commonly found in many consumer products and a shorter duration of pregnancy and increased risk of preterm birth.

John Meeker, professor of environmental health sciences at the University of Michigan School of Public Health, and colleagues from several U.S. research universities found that higher urinary concentrations of phthalate metabolites in women translated into 42% greater odds of having preterm births—before 37 weeks—compared with women with lower exposures.

“Women with exposure levels bordering the highest 25% of the population, on average, had a pregnancy that was one-and-a-half days shorter than women whose exposure was bordering the lowest 25%,” Meeker said.

Phthalates are found in personal care products such as perfumes, deodorants and lotions, and in food, adhesives, vinyl flooring, plastic shower curtains, some medications and more.

Through the Puerto Rico Testsite for Exploring Contamination Threats (PROTECT) cohort study, the researchers took urine samples from nearly 1,100 women at three points in time during their pregnancies—20, 24 and 28 weeks—measuring for nearly a dozen markers of various phthalate chemicals. Markers for two chemicals emerged as associated with increased odds of preterm birth—di-n-butyl phthalate (DBP) and di-isobutyl phthalate (DiBP).

“In the ongoing PROTECT cohort study, we and our team of collaborators are continuing to cast a broad net to study as many factors as we can and how they may be contributing to this serious public health challenge.”

The findings were consistent with two other studies the same team had done previously in Boston in 2014 and Mexico City in 2009. Results from a limited number of other studies on this topic have been inconsistent, but this most recent work represents one of the largest and most detailed prospective cohort studies to investigate these associations to date.

Preterm birth is a global concern, and Puerto Rico not only has one of the highest rates in the United States but is among the highest in the world at 11.5% in 2017, according to the March of Dimes.

“Our findings here suggest certain phthalates may play a role in the risk of having a preterm birth in Puerto Rico and elsewhere, but there are likely other risk factors as well,” Meeker said.

“In the ongoing PROTECT cohort study, we and our team of collaborators are continuing to cast a broad net to study as many factors as we can and how they may be contributing to this serious public health challenge. Since the risk of preterm birth likely involves a diverse set of influences, we continue to expand the size of our cohort study, employ a team science approach, as well as develop and utilize new methods to maximize our ability to understand this issue.”

Like the Boston study five years ago, the researchers in the current study found that urinary metabolites measured later in the pregnancy at visits 2 and 3 had a greater impact, suggesting that the metabolites may trigger an inflammatory and oxidative stress response that contributes to preterm birth.

“These findings suggest that something about the physiology of pregnancy during that stage may be more highly susceptible to the impacts of exposure on the length of gestation,” said study co-author Kelly Ferguson, a U-M alumna who is now lead researcher for the Perinatal and Early Life Epidemiology Group at the National Institute of Environmental Health Sciences.

Findings such as these can have broad public health implications, the researchers said.

“Given that these environmental exposures could be modifiable through changes in governmental policies, product formulations, human behaviors or other public health interventions, this represents a potential opportunity to help reduce the risk of preterm birth and its far-reaching and long-lasting consequences,” Meeker said.