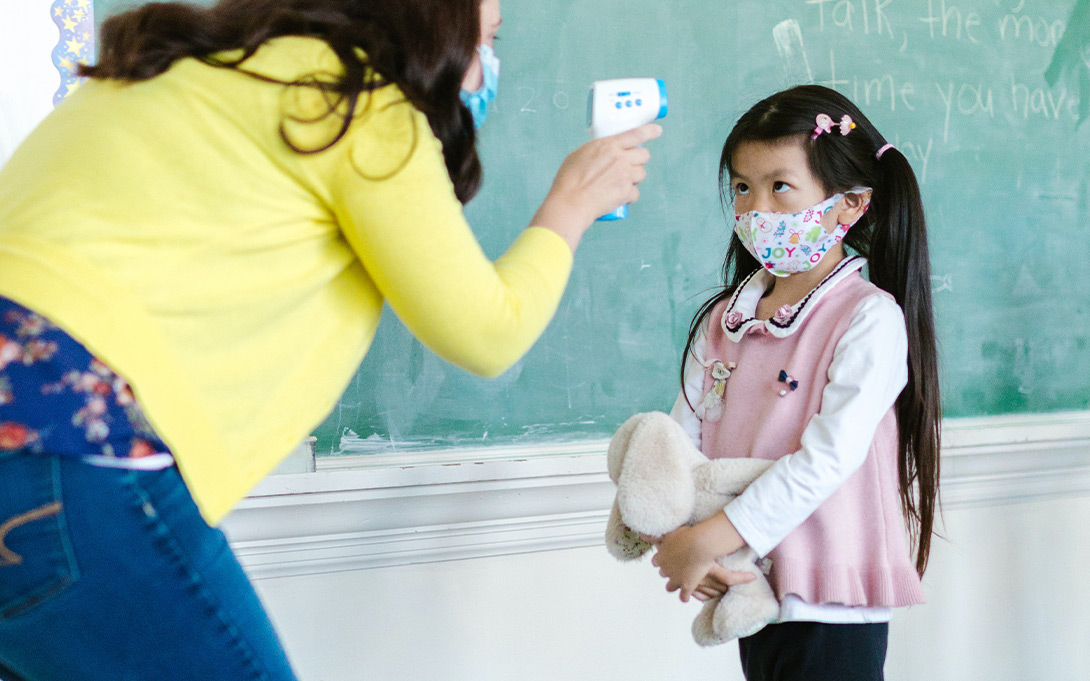 As school districts consider their options in light of the recent surge in COVID-19 cases, a University of Michigan study shows they need to be flexible in offering both in-person and virtual options or risk losing more enrollees.

In Michigan, enrollment dropped by 3% among K-12 students and 10% among kindergartners, whose decline was most sharp among lower income and Black students (who experienced a 19% decline from the year prior). The finding has implications for supporting those young learners in the near future, as well as potential changes in school staffing and swings in school funding, the researchers say.

Among the possibilities: The large drops in kindergarten enrollment in 2020-21 imply that students who reenter public schools might choose to enroll in kindergarten or first grade, according to the study. That means one grade would likely be larger in terms of pupils with a wider age and experience range.

It is also worth noting that there is a strong age gradient to the enrollment patterns found in Michigan, which is consistent with national figures. While kindergarten enrollments were dramatically lower than prior years, the researchers found that, in fact, more students returned to Michigan public high schools during the pandemic than they had in previous years.

The national data suggests that Michigan’s rise in homeschooling rates was very similar to that of the nation, where in February 2020, 4.5% of U.S. households with school-aged children reported that at least one child was homeschooled, and in fall 2020, that rate jumped to 7.3%.

The findings add to growing evidence that households have different exposure to in-person educational options by race and income and they responded differently even when provided the same options.

“Those responsible for managing public school districts through this crisis need to be aware of the many and different expectations that parents may have,” Stange said. “Choosing in-person only or virtual-only could have implications for public school funding far into the future.”

Goodman says the study’s results “highlight that instructional modality affects the appeal of public schooling relative to homeschooling, and ultimately leads to a shift in enrollment.”

Previous research on the pandemic’s effect on school enrollment, Bacher-Hicks says, has examined only the national context or a single state, while this study aims “to put such data sets in dialogue with each other.”

“As education officials weigh the costs and benefits of reopening schools, it is critical to consider the impact these options have on providing public access to education for families with different needs,” the study concluded.