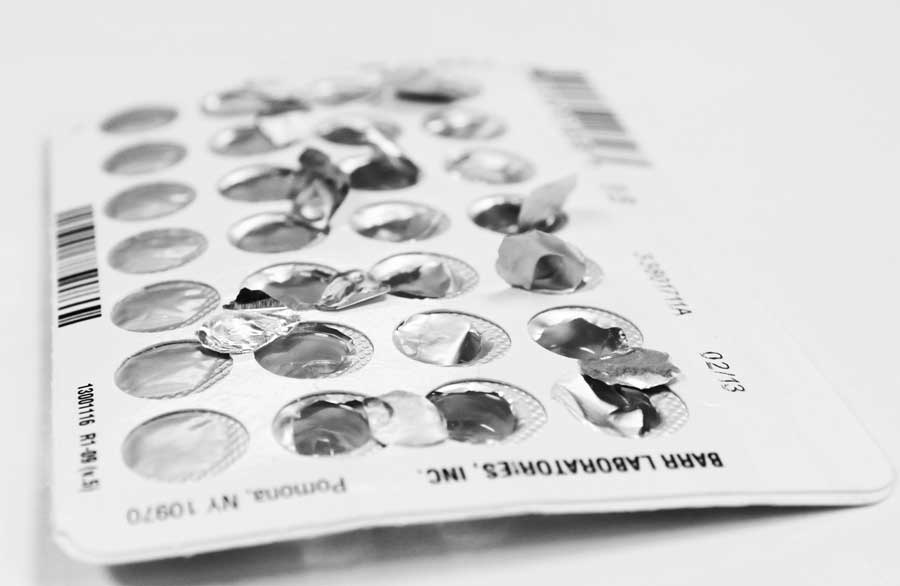 The University of Michigan study was motivated by evidence that breast cancer risk increases with hormonal exposure. The authors examined seven commonly prescribed birth control pills and found that four formulations more than quadruple levels of progestin, a synthetic version of the hormone progesterone, and another formulation resulted in a 40 percent higher exposure to ethinyl estradiol, a synthetic version of estrogen.

The study’s lead author, human evolutionary biologist Beverly Strassmann, stresses that birth control has greatly improved women’s lives. But, she says, it’s also important to design birth control pills so that they don’t contribute to risk for breast cancer. In American women, breast cancer is the most common type of cancer and the second leading cause of death.

“Not enough has changed over the generations of these drugs, and given how many people take hormonal birth control worldwide—millions—the pharmaceutical industry shouldn’t rest on its laurels,” said Strassmann, professor of anthropology and faculty associate at the U-M Institute for Social Research.

Progesterone and estrogen are both produced by the ovaries and their levels vary naturally over the course of the menstrual cycle. The pill replaces these naturally released hormones with synthetic versions. The study’s goal was to test whether the synthetic versions increased or decreased hormonal exposure compared to what women might get from their own ovaries.

“That this hasn’t been answered is amazing, given that we already know that there’s a correlation between hormonal exposure and breast cancer risk,” Strassmann said.

Strassman’s research pulled data from 12 different studies that measured the amount of estrogen and progesterone over the menstrual cycle in women who don’t take the pill.

Strassmann and her co-authors then compared the total levels of estrogen and progesterone in these women to the total levels of synthetic hormones, progestin and estradiol, in women taking one of several commonly prescribed birth control pills for 28 days. That information was taken from the package inserts for each contraceptive formulation.

The new study follows up Strassmann’s previous research on menstruation and reproductive biology in the Dogon people of Mali, West Africa. Dogon women rarely practice birth control, have an average of nine pregnancies, and often breastfeed children to age 2 years.

Because pregnancy and breastfeeding suppress ovulation, Dogon women have only about 100 menstrual periods during their lifetimes. That number is a sharp contrast to the 400 periods experienced, on average, by Westernized women who have about two children and seldom breastfeed for more than one year.

“The increased number of menses is associated with increased hormonal exposure and risk for breast cancer,” Strassmann said. “It is critically important to know whether hormonal contraception further exacerbates this risk.”