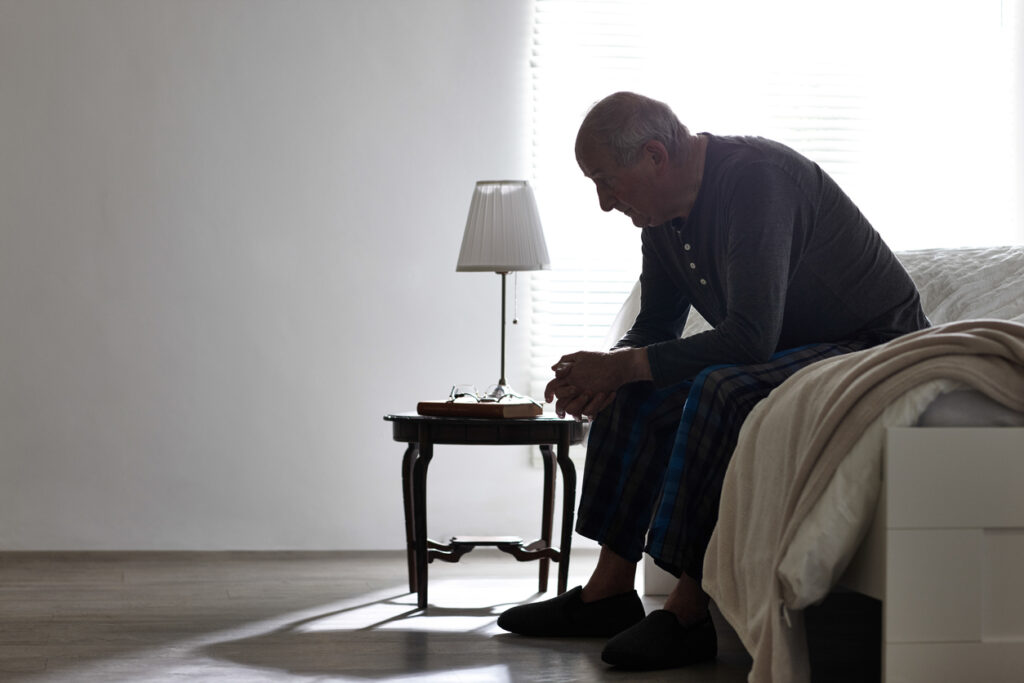 ANN ARBOR—Clinicians, administrators and policymakers should consider ways to support the mental health and well-being of older adults as they go through residential transitions, according to a University of Michigan study that looked at deaths by suicide among people 55 and older.

The study focuses on suicides among adults who were living in, or planning to move to, long-term care centers such as assisted living facilities and nursing homes.

“There are things we can do to promote the emotional health and psychosocial well-being of people who are living in long-term care facilities or are transitioning into them and their family members,” said lead author Briana Mezuk, associate professor of epidemiology and co-director of the Center for Social Epidemiology and Population Health at U-M’s School of Public Health.

In what they believe may be the most extensive analysis of suicide related to long-term care in the U.S. to date, researchers used machine learning tools to comb through restricted-access narratives from the Centers for Disease Control and Prevention’s National Violent Death Reporting System.

Mezuk said, for example, the narratives included discussions on whether someone might not have wanted to move to a long-term facility and worries over the financial burden of doing so. Their computer algorithm searched the text of medical examiner and law enforcement reports for about 50,000 suicide deaths of adults 55 and older between 2003 and 2015. Researchers manually reviewed the data to ensure accuracy.

The results suggest that residential transitions may be an important point of engagement for suicide prevention.

“We need to be supporting interventions to promote the emotional health of people in their 60s or 70s, 80s and 90s, even if they also happen to have diabetes or they happen to have mobility problems,” she said. “Suicide is a very extreme outcome; it is the tip of the iceberg.

“We have a diverse set of tools and techniques for promoting emotional health of older adults and thus reducing suicide risk; they aren’t being implemented to their fullest degree. Our analysis helps illustrate the importance of addressing this gap.”

The study “Suicide Among Older Adults Living in or Transitioning to Residential Long-term Care, 2003 to 2015,” funded by the National Institute of Mental Health, is published in the current issue of JAMA Network Open.