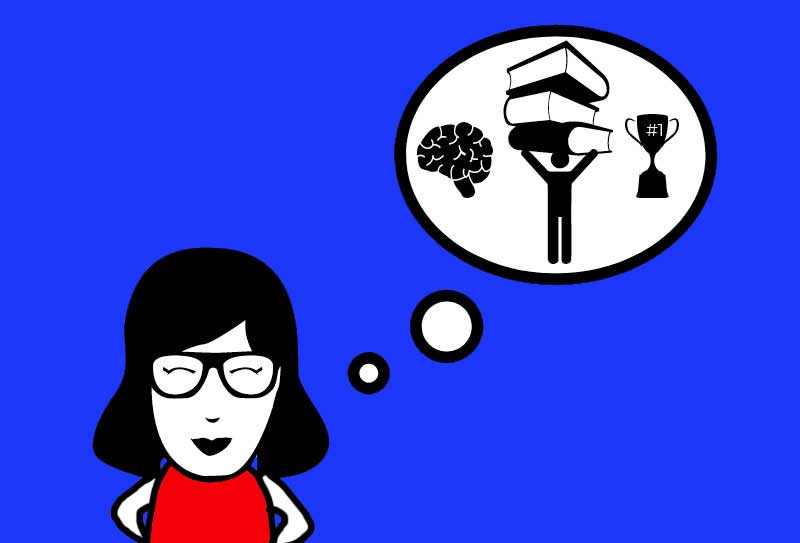 ANN ARBOR—No one likes smug know- it-all friends, relatives or co-workers who believe their knowledge and beliefs are superior to others.

But now these discussions at the dinner table, bar or office might be less annoying. A new University of Michigan study indicates what many people suspect: these know-it-all people are especially prone to overestimating what they actually know.

Even after getting feedback showing them how much they didn’t know relevant political facts, these people still claimed that their beliefs were objectively more correct than everyone else’s. On top of that, they were more likely to seek out new information in biased ways that confirm their sense of superiority.

The study focused on people who profess “belief superiority”— or thinking their views are superior to other viewpoints—as it relates to political issues. The researchers noted that people also claim belief superiority in a variety of other domains besides politics, such as the environment, religion, relationship conflicts, and even relatively trivial topics such as etiquette and personal preferences.

The research used several studies to answer two key questions about political belief superiority: Do people who think that their beliefs are superior have more knowledge about the issues they feel superior about? And do belief-superior people use superior strategies when seeking out new knowledge?

To answer the first question, participants reported their beliefs and feelings of belief superiority about several political topics. Researchers asked them how much they thought they knew about these topics and then had them complete quizzes testing their actual knowledge about those issues.

Across six studies and several political topics, people who were high in belief superiority thought that they knew a great deal about these topics. However, when comparing this perceived knowledge to how much people actually knew, they found that belief-superior people were consistently overestimating their own knowledge.

“Whereas more humble participants sometimes even underestimated their knowledge, the belief superior tended to think they knew a lot more than they actually did,” said Michael Hall, a psychology graduate student and the study’s lead author.

For the second question, researchers presented participants with news articles about a political topic and asked them to select which ones they would like to read. Half of the articles supported the participants’ own point of view, whereas the other half challenged their position.

“We thought that if belief-superior people showed a tendency to seek out a balanced set of information, they might be able to claim that they arrived at their belief superiority through reasoned, critical thinking about both sides of the issue,” Hall said.

Instead, researchers found that these individuals strongly preferred information that supported their views, indicating that they were probably missing out on opportunities to improve their knowledge.

So why do people seem to shun opposing viewpoints? Researchers suggest that while some people insist that they are always right, all of us feel good when the beliefs we think are important are confirmed.

In other words, when a belief is strongly held, is tied to one’s identity or values, or is held with a sense of moral conviction, people are more likely to distance themselves from information and people that challenge their belief.

The findings appear in the May issue of the Journal of Experimental Social Psychology.