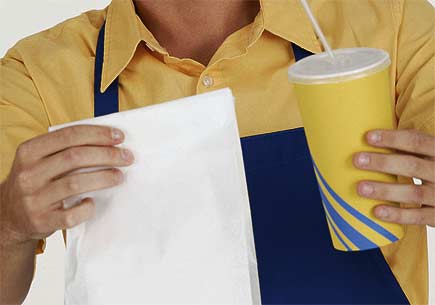 ANN ARBOR—New research from the University of Michigan suggests obesity can be seen as one of the unintended side effects of free market policies.

“It’s not by chance that countries with the highest obesity rates and fast food restaurants are those in the forefront of market liberalization, such as the United States, the United Kingdom, Australia, New Zealand and Canada, versus countries like Japan and Norway, with more regulated and restrictive trade policies,” said Roberto De Vogli, associate professor in the U-M School of Public Health, and lead researcher of the study.

Compare that to Japan, with 0.13 fast food restaurants per 100,000 people, and Norway, with 0.19 restaurants per capita. Obesity rates for men and women in Japan were 2.9 percent and 3.3 percent, respectively. In Norway, obesity rates for men and women were 6.4 percent and 5.9 percent, respectively. The relationships remain consistent even when researchers controlled for variables such as income, income inequality, urban areas, motor vehicles and internet use per capita.

“In my opinion the public debate is too much focused on individual genetics and other individual factors, and overlooks the global forces in society that are shaping behaviors worldwide. If you look at trends over time for obesity, it’s shocking,” De Vogli said.

“Since the 1980s, since the advent of trade liberalization policies that have indirectly…promoted transnational food companies…we see rates that have tripled or quadrupled. There is no biological, genetic, psychological or community level factor that can explain this. Only a global type of change can explain this.”

Fast food refers to food sold in restaurants or stores with preheated or precooked ingredients, and served to the customer in a packaged form. A typical fast food meal includes a hamburger, fries and a soft drink, the paper said. Fast food is usually high in fat and calories, and several studies have found associations between fast food intake and increased body mass index, weight gain and obesity. Obesity accounts for approximately 400,000 deaths each year in the United States alone. Fast food consumption is also related to insulin resistance and type II diabetes, another major worldwide public health threat.

The paper, “Globesization: ecological evidence on the relationship between fast food outlets and obesity among 26 advanced economies,” will be published in the December print issue of Critical Public Health. The study was funded by a grant from the Economic and Social Research Council.