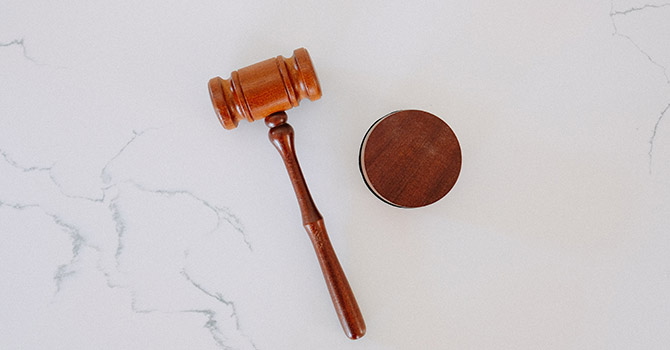 Gary Harper is a professor of health behavior and health education at the University of Michigan’s School of Public Health. His research and community work focuses on the mental health and sexual health needs of adolescents and young adults who experience varying degrees of oppression and marginalization.

He discusses the implications of this week’s 6-3 Supreme Court decision that states that LGBTQ+ individuals are protected from job discrimination under Title VII of the Civil Rights Act of 1964. Harper was among a group of researchers who wrote two amicus briefs in support of the employees in the case.

U of Michigan News · Gary Harper on SCOTUS decision

The ruling said that LGBTQ+ employees are protected from workplace discrimination under the Civil Rights Act. What’s the potential impact of this ruling?

The SCOTUS decision prohibiting LGBT discrimination in the workplace is monumental and will have far-reaching positive effects on the health and wellbeing of LGBT people. For too long, LGBT employees have had to conceal their identity and relationships for fear of losing their job, a tremendous stressor that has been linked to negative physical and mental health outcomes. In addition to the protections this decision provides regarding workplace discrimination, it will challenge current and future attempts to restrict access to healthcare for LGBT people.

Perhaps more importantly, the SCOTUS decision will help to increase the visibility of LGBT people in the workplace, and send a strong message that LGBT people in the U.S. should be afforded the same civil rights as every other person in this country.

Why is this so important for the LGBTQ+ community?

The fact that it’s the Supreme Court, that sends a psychological message. The fact that people on both sides of the aisle—justices that were put on the court by both Democrats and Republicans—are saying that LGBT people deserve protections just like others, that is huge just in terms of the psychological impact, the psychological effect. It means that you matter. One of the negative effects of discrimination and stigmatization that many LGBTQ+ people experience is that our lives, our histories, our contributions are erased. We are not visible.

This decision is going to tell young LGBTQ+ people you can be your authentic self. You don’t have to hide anymore. I’m not naive enough to believe that all social discrimination is going to go away with this one Supreme Court ruling, but in terms of legal rights, LGBTQ+ people can no longer lose their job because of who they are. I think that this can have a huge impact on young people in particular who are thinking about things like career choices. You know, if people are thinking, oh, well, you know, there’s no way I could ever get a job doing this because I’m lesbian or because I’m gay or because I’m trans, this gives you that protection so you now have a legal leg to stand on.

It doesn’t mean that people are going to change their attitudes overnight or that gay kids are not going to get harassed at school or in other settings, but it means that we have the potential, the ability to have the law behind us and on our side saying that our lives have the same value as others, and that you cannot just simply fire us.

How does this compare to the Supreme Court decision on gay marriage?

This is much more monumental than marriage equality ever was because not everyone wants to get married. Marriage equality was about giving us a choice. But everyone needs to earn a living. It’s great that you can get married but until this decision, you could get married on Friday, come back from your honeymoon and then be fired on Monday because it got out on social media that you married someone of the same gender. And this was happening.

Now, we have the Supreme Court saying that you cannot discriminate in the workplace, and that has implications for so many other parts of society. I think it’s going to have trickle-down effects, too, because we’re going to start to see people being open in the workplace where they felt like they couldn’t be open before. So you may have high school teachers or grade school teachers that are LGBTQ+ that don’t have to hide who they are. It creates a sense of normalcy around diversity in sexual orientation and gender identity and expression. So it doesn’t have to be a secret that my teacher is married to a woman when most of my female teachers are married to men. It’s just a variation.

What do you think of this decision coming as the Black Lives Matter movement reaches historical levels?

In both movements, we’re talking about people who are not being treated fairly and equally. So I think that’s the shared element. I think there are similarities, there are commonalities because it’s about power and it’s about visibility. It’s about control but they’re not the same. I think that both movements deserve attention. The effects of structural racism and Black Lives Matter movement needs to take center stage. It needs to be out front, because that is something that has been ignored and denied for too long.

What was your involvement in the amicus briefs?

I co-authored two of the amicus briefs that were used in the Supreme Court decision based on research that myself and my colleagues have done related to LGBT+ discrimination. The Supreme Court decision shows the power of our research, that research can have a huge impact on public policy. In this case, our research contributed to changing the way that LGBT+ people are going to be treated in this country. And I think that’s a powerful part of academia that we don’t talk enough about.

What were your initial feelings when you heard the Supreme Court’s decision?

When I first heard about it, I was elated. I was nervous about it just because of the political climate right now. And then on Friday, the U.S. Department of Health and Human Services issued a ruling that would take away transgender rights in health care settings, changing the language interpretation in the ACA that has been used to provide transgender rights and protections.

It was pretty jarring because I had worked with other academics, activists and policymakers on these issues, not only through my research but also in other policy work that I do. I had been actively engaged in using research to demonstrate the dangers of not upholding the civil rights of transgender people in health care settings, so Friday, I was pretty down, pretty defeated. And Monday, I was watching the news when it broke. And I couldn’t believe it. I would say complete elation.