Talking to yourself in the third person can promote healthier eating 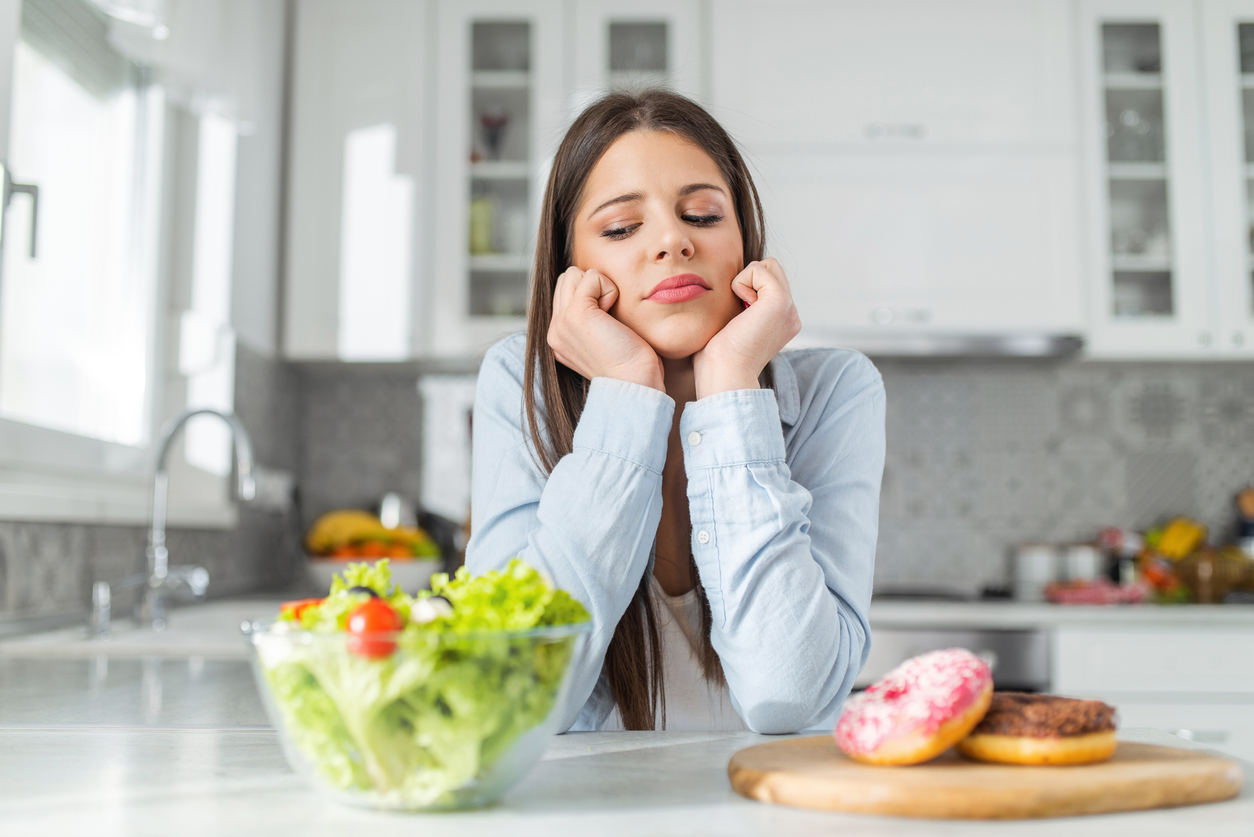 ANN ARBOR—The constant temptation of tasty foods high in calories and fat make it difficult for people to make healthy choices, but talking to yourself in the third person may help, say researchers at the University of Michigan and University of Minnesota.

A new study published in Clinical Psychological Science finds that a technique known as “distanced self-talk,” which refers to an internal dialog using one’s name or non-first-person pronouns such as “you, he or she,” is an effective strategy for making healthier food choices.

“Reflecting on one’s decisions using one’s own name might enhance one’s ability to follow through with their goals, which can often be undermined by strong situational lures (such as tempting foods),” said study lead author Celina Furman, a former University of Michigan researcher who is now a doctoral student at the University of Minnesota.

Furman and University of Michigan researchers Ethan Kross and Ashley Gearhardt found that psychological distance facilitates self-control by shifting people’s focus away from the highly arousing features of a stimulus.

For example, a piece of chocolate cake can be viewed as highly delicious, but a distanced perspective may lead one to pay attention to abstract features relevant to health goals, such as its high-calorie content.

In the study, young adults disclosed if they were currently dieting or trying to lose weight. They were randomly assigned to watch a two-minute video of health-related commercials that emphasized eating healthy and exercising (health video) or home improvement commercials (control video).

After watching the video, the participants chose between healthy and unhealthy food items on a computer screen. For each pair of foods, participants were instructed to use either first-person self-talk (“What do I want?”) or distanced self-talk (“[Name], what do you want?”) in a counterbalanced order.

Since people are regularly confronted with cheap and accessible tasty foods, self-control strategies that are easy to implement when encountering these foods are more likely to be effective for improving dietary choices, said Kross, a professor of psychology who has extensively researched distanced self-talk.

The researchers said making minor changes in eating can make a difference in people’s lives.

“We do know that even reducing caloric intake by a couple hundred calories a day can be important for preventing unhealthy weight gain and promoting weight loss,” said Gearhardt, an associate professor of psychology. “We need to do additional studies in the future about the impact of distanced self-talk on actual caloric intake, but even small improvements can lead to big public health gains over time.”