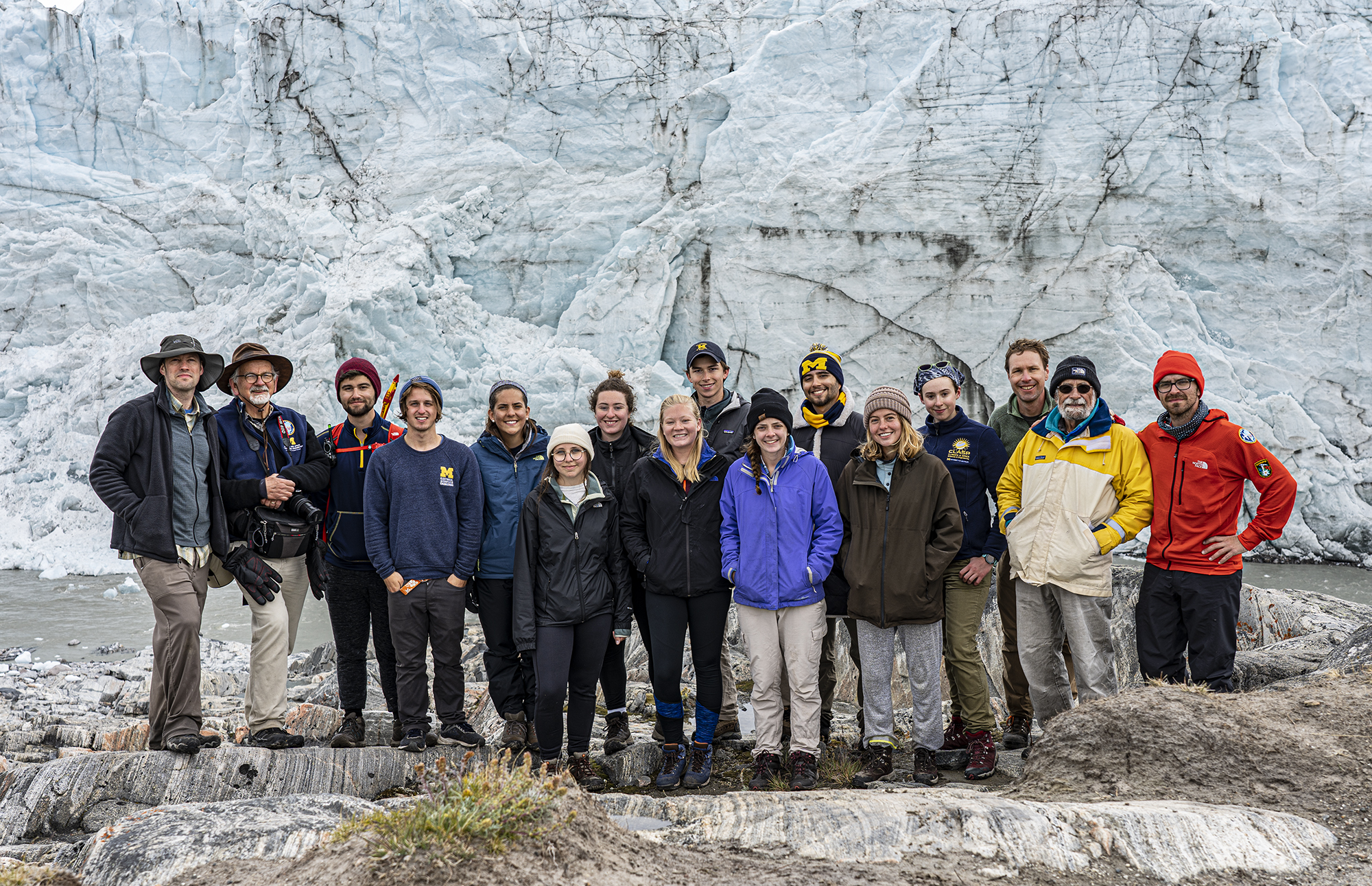 The 2019 Greenland Expedition in front of the Russell Glacier.

ANN ARBOR—In the last few weeks, news about climate change has reported Antarctica temperatures rising to historic highs; ocean currents moving more rapidly than 25 years ago, going 15% faster per decade; and a devastating impact expected on grape crops, and therefore, wine production, with 2 and 4 degrees C of warming without intervention.

Yet, even with a steady stream of headlines like these, the issue of climate change has its detractors and doubters, and it has taken on great political importance.

Confused about the claims of those who doubt the reality of climate change? Do you need additional evidence to share with the naysayers in your life? Would you like to know how you can impact change? 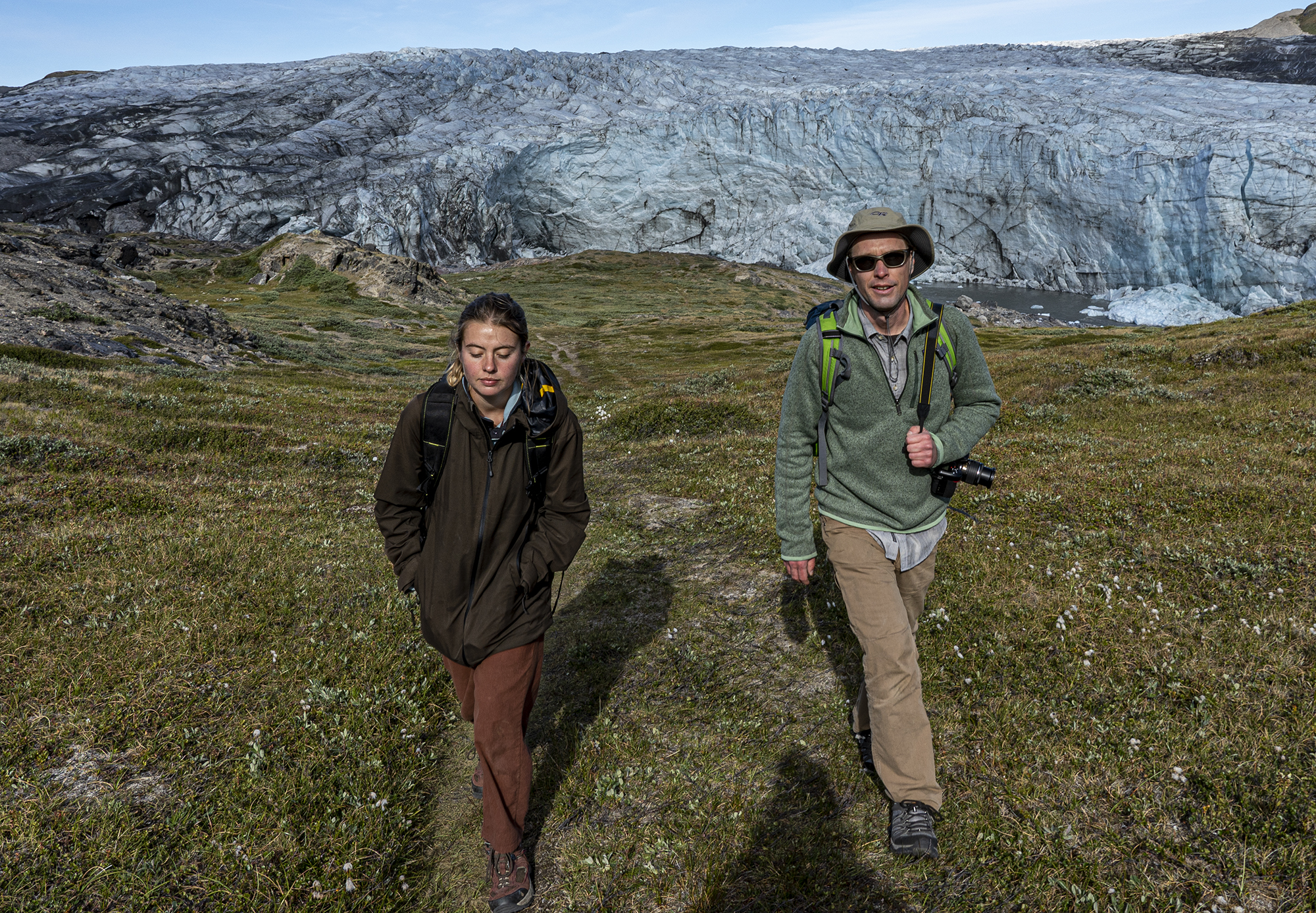 The University of Michigan is offering a free learning opportunity “Melting Ice Rising Seas Teach-Out,” beginning March 2. The self-guided experience on Coursera will walk learners through the reality of climate change as evidenced by the melting glaciers in Greenland. The teach-out also will address citizen science and how people can get involved and make changes that could impact the future.

The learning experience begins with Perry Samson, the Arthur F. Thurnau Professor of Climate and Space Sciences and Engineering and professor of information, but then is directed and facilitated by the students who accompanied Samson on a scientific expedition to Greenland in June 2019. The 18-person expedition, funded by the National Science Foundation, included undergraduates and faculty from U-M, Virginia Tech and University at Albany. The team retraced the steps of U-M geologist William Herbert Hobbs, who led a similar expedition in 1926. 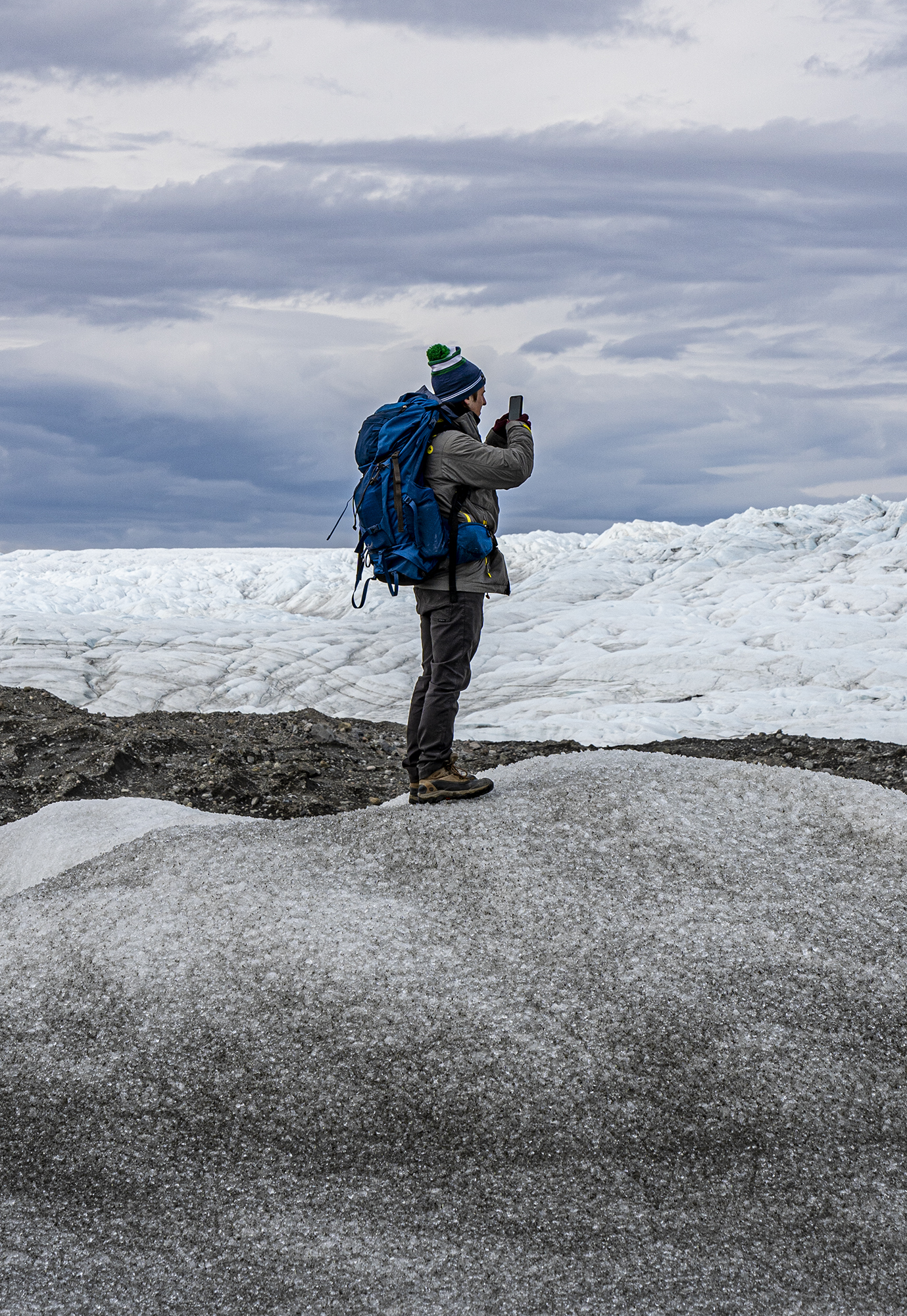 “We’re here to discover and follow what changed in the ice sheets and how that may affect weather in the future,” Samson said on a video intro taped during the June 2019 expedition to Summit Station Greenland, adding that even scientists often come away with additional questions.

“It’s by learning what we don’t know that we gain the greatest knowledge.”

In addition to numerous faculty experts and testimonials from students, the teach-out, accessible through Michigan Online, features a special 3D map of a glacier by a drone—a view of the ice not previously experienced.

A behind-the-scenes video by Sean Curtis Patrick, media design & production lead at the U-M Center for Academic Innovation who was the official documentarian on the expedition, explains what it took to create the 3D model, including crashing a $2,000 drone.

Sean Patrick, media design and production lead at the University of Michigan Center for Academic Innovation, catches a landing drone.

“I am not a scientist, but I am passionate about climate science, the polar regions and exploration. I also have a defined skill set that allows me to lead an experiment that a lot of other faculty wouldn’t have been comfortable with,” Patrick said. “We brought three drones with us and we threw a lot at them. We flew them at max speed, max altitude, chased weather balloons, filmed incredibly cinematic shots for the teach-out, attached scientific payloads to them, mapped a glacier, flew them in rain, snow and 50+ mph winds. We only lost one. It fought the good fight.”

The teach-out includes a six-part documentary of the expedition and student-led interviews with climate experts. Each piece features vivid videography and photography of the students and faculty conducting experiments. It also includes 4K remastered archival footage from the Bentley Historical Library of the 1926 expedition, some of which has not been seen in nearly 100 years. 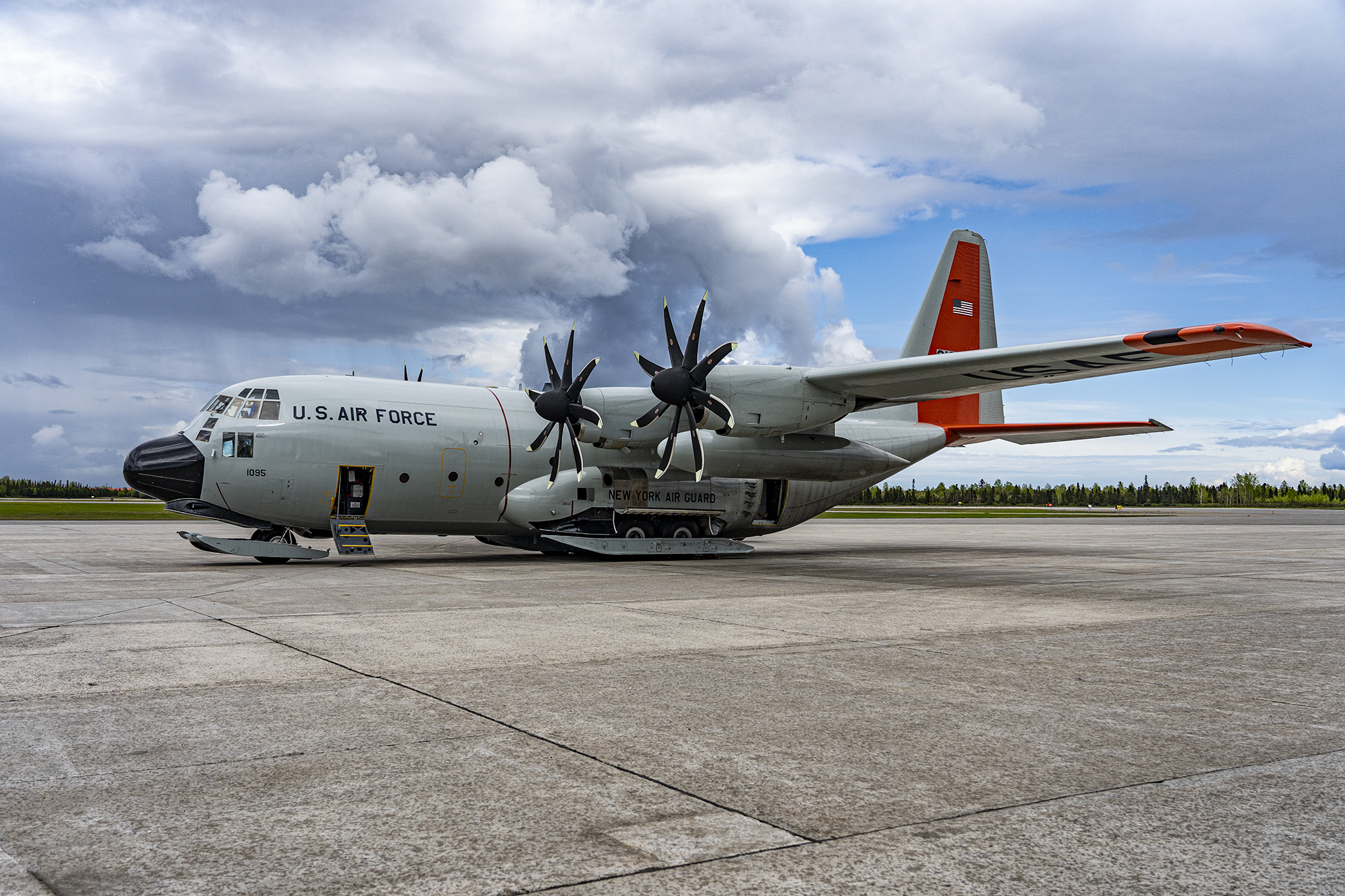 Some of what you’ll learn:

Since March 2017, U-M has launched 31 teach-outs on four online course platforms, collaborated with more than 275 experts, and engaged with more than 90,000 learners from around the world using this model