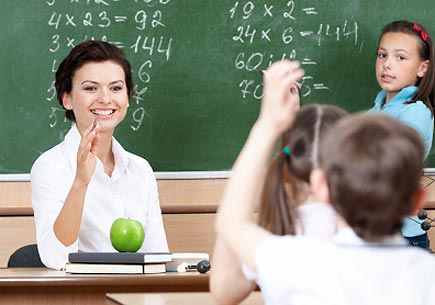 ANN ARBOR—Teacher turnover negatively affects student learning in math and English, a researcher from the University of Michigan School of Education and colleagues found.

The impact is particularly strong in low-performing schools and among black students, they say.

They found that when comparing students within the same grade and school but in different years, student math scores were 8.2-10.2 percent of a standard deviation (variation from the average) lower in years when there was 100 percent turnover, as opposed to no turnover at all. English language arts scores were 4.9-6.0 percent lower.

In a typical grade level with five teachers, reducing turnover from two teachers to none was estimated to increase students’ math achievement by about 2-4 percent of a standard deviation. The researchers say this is a small but meaningful effect and applies to all students in that grade level.

Ronfeldt and colleagues also analyzed turnover on a school-by-year basis, which allowed them to measure variations across grade levels within the same year and school in order to rule out other influences on the outcome such as bringing in a new principal. Under this method, students had a 7.4-9.6 percent of a standard deviation lower test scores in math and 6.0-8.3 percent of a standard deviation lower scores in English language arts.

The team’s research is the first to compare the effects of teacher turnover across years within the same grade and school (or across grade levels within the same school and year), as opposed to looking at turnover in an entire school or district.

The study also indicates that the students of teachers who remain in the same grade and school from one year to the next are harmed by turnover. This suggests that turnover has a broad, disruptive impact on all members of the school organization, the researchers say.

“The average effect is negative, and it’s a meaningful one,” Ronfeldt said. “Even though we were using different modeling strategies, we got similar results, which made us feel more confident we had gotten a true effect.

“There was no prior research looking at a direct effect. A lot of correlational studies at the school level have shown that teacher turnover is related to student achievement as a whole, but it is really remarkable that no one had gone beyond that. We wanted to get more of a direct effect.”

Statistics show that about 30 percent of new teachers leave the profession within five years, and the turnover rate is 50 percent higher in high-poverty schools, Ronfeldt and colleagues say.

Previous research has been mixed on the effect of turnover. Some studies have shown the loss of institutional knowledge and a diversion of resources toward the hiring process to be harmful to schools.

Others have found that turnover can bring in new ideas and fresh perspectives to organizations, which might enhance student learning. Some research has found that more effective teachers stay behind in schools while less-effective peers move on, suggesting overall teacher quality may benefit from turnover. However, these studies did not consider whether the churn of teachers might impact teachers who remain in their schools over time.

The research is published in a recent issue of the American Educational Research Journal.