Teens with medical marijuana cards much likelier to say they are addicted, but few teens have them 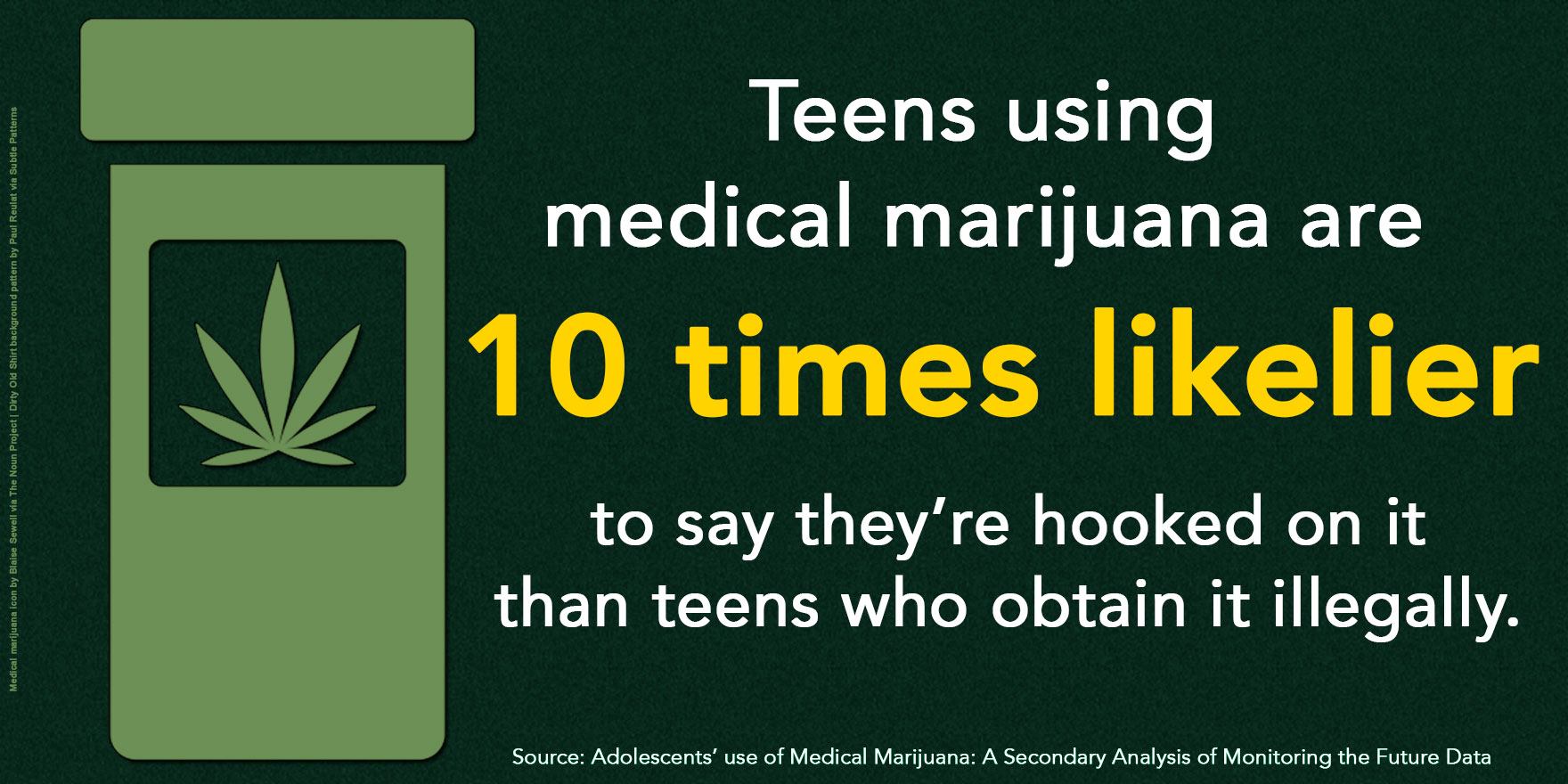 ANN ARBOR—A new University of Michigan study finds that teens using marijuana for medical reasons are 10 times more likely to say they are hooked on marijuana than youth who get marijuana illegally.

Carol Boyd, lead study author and professor in the U-M School of Nursing, said she doesn’t believe that medical marijuana use is necessarily creating teen addiction to marijuana, especially considering how few teens hold medical marijuana cards. She said it makes more sense that teens who feel dependent on the drug will seek marijuana cards to ensure a reliable, legal source.

Researchers looked at three types of marijuana users: medical users; those who used another’s medical marijuana; and those who acquired marijuana from nonmedical sources such as street dealers. For each group researchers analyzed five risk behaviors connected to marijuana and other drug use.

Users who got marijuana from nonmedical sources such as street dealers were the largest group, but had the lowest likelihood of engaging in the risky behaviors.

According to the U-M C.S. Mott Children’s Hospital National Poll on Children’s Health, 4 in 5 people say adults should not be allowed to use medical marijuana in front of children.

The study, “Adolescents’ use of Medical Marijuana: A Secondary Analysis of Monitoring the Future Data,” appears online July 20 and is scheduled for publication in August in the Journal of Adolescent health. The study used data from the 2012 and 2013 Monitoring the Future study, an ongoing study conducted at U-M’s Institute for Social Research.

Boyd also has appointments at the UM Addiction Research Center and the Institute for Research on Women and Gender.