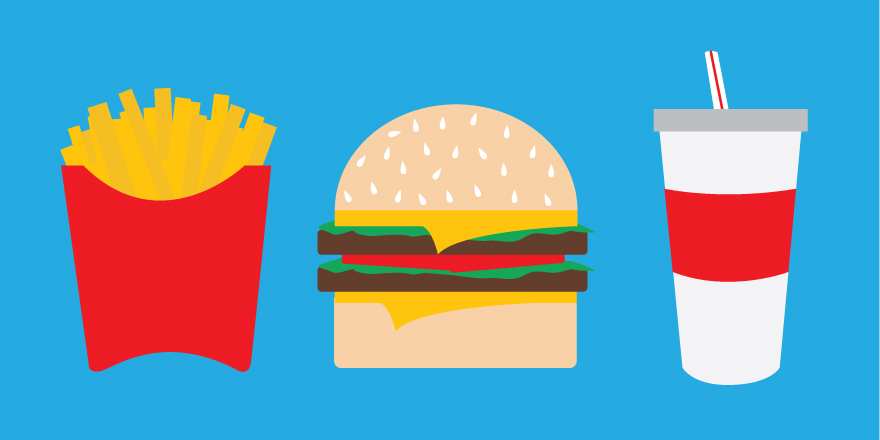 ANN ARBOR—The mouth-watering aroma of juicy burgers and crispy fries, and the eye-catching menu signs with delicious food pictures can tempt many hungry patrons to stop at fast-food restaurants.

But these food cues, which stimulate brain activity, can nudge some customers to overeat due to increased cravings and hunger, a new University of Michigan study suggests.

“Food-related cues can make people want or crave food more, but don’t have as much of an impact on their liking, or the pleasure they get from eating the food,” said Michelle Joyner, a U-M psychology graduate student and study’s lead author.

The study involved 112 college participants, who disclosed their weight, race, gender and other demographics. All were randomly assigned to a fast-food laboratory—designed like an actual restaurant with tables/chairs, booths and low background music—or a neutral lab.

Participants, who ate lunch one hour before the study’s trial, could receive tokens to acquire foods typically available at fast-food restaurants, such as a cheeseburger, French fries, milkshake and soft drink. Tokens could also buy time for an alternate activity, such as playing video games on a tablet. Both the food and game choices appeared on large TV screens.

The study questions focused on wanting, liking and hunger. Wanting is a strong motivation while liking involves pleasure.

When exposed to food-related cues, participants felt more hungry in the fast-food lab than the neutral environment. The cues, however, did not make a difference in participants liking the food’s taste in either environment.

People consumed 220 more calories in fast-food environments that have food-related cues than those who ate in non-cue locations, the study indicated. Joyner said food cues did not impact wanting or liking for games, suggesting the effect is specific to food.

Joyner and colleagues said it’s important for people to arm themselves with knowledge about how food cues can trick them into thinking they are hungry and increasing their desire for food.

“It is hard it is to avoid food cues in our current environment, but people can try some strategies to minimize their exposure by not going into restaurants and using technology to skip food advertisements in TV shows,” Joyner said.

Sally Kim and Ashley Gearhardt, assistant professor of psychology, also contributed to this study, which appears in Clinical Psychological Science.