The art of the Roman deal 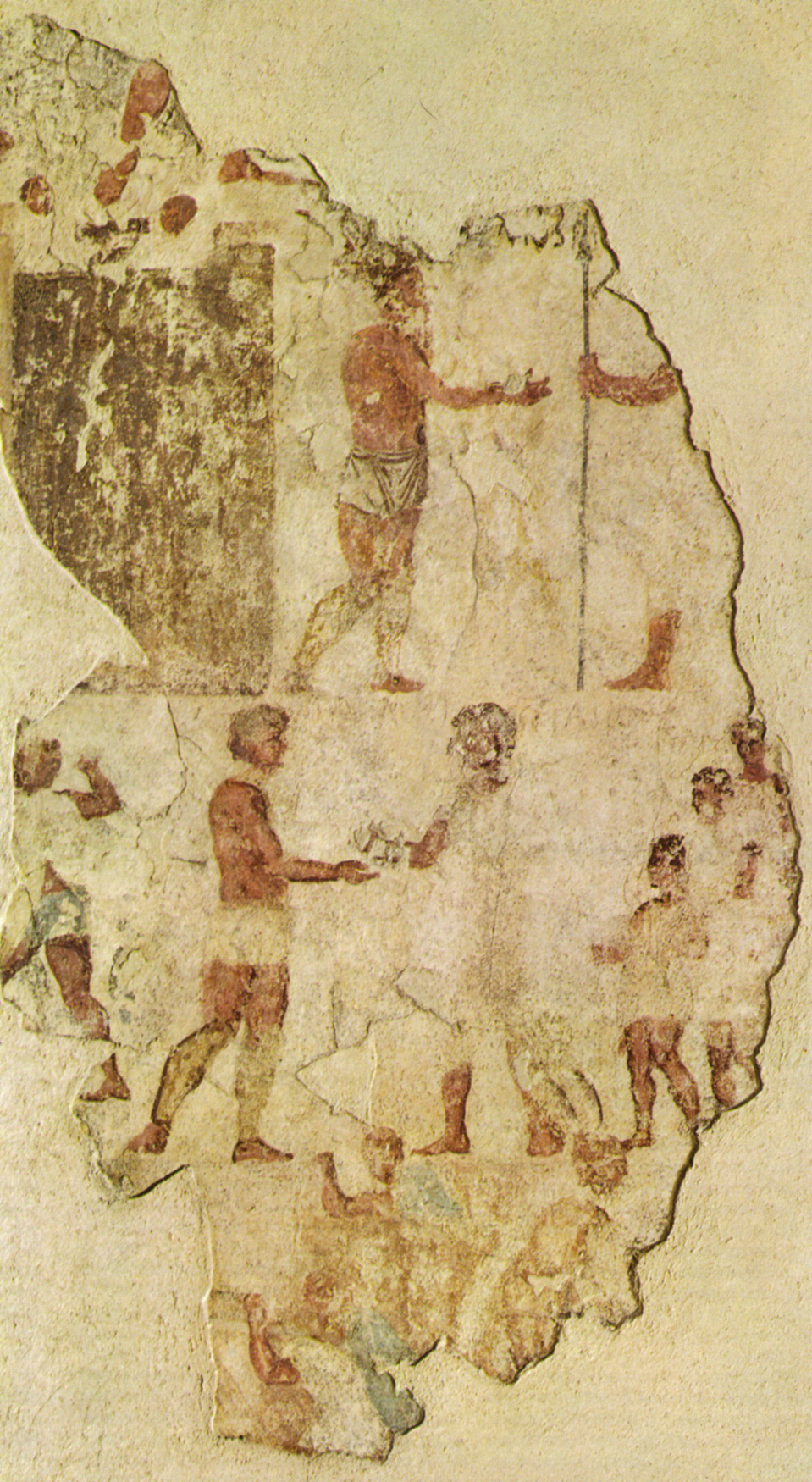 An ancient Roman fresco from the Necropolis of Esquilino, dated c. 300-280 BC, depicts a handshake between a Roman and a non-Roman. Image credit: Public domain, Wikimedia Commons

ANN ARBOR—Romans are depicted as slashing and burning their way across countries in order to secure their empire. But a University of Michigan archeologist suggests that the Romans may have trapped more flies with honey.

At its peak—about the year 117—the Roman Empire ringed the Mediterranean Sea, encompassing present-day Italy, Spain, France, Germany, Eastern Europe, Turkey, Syria and a swath across northern Africa. Since the Middle Ages, historians have described this expansion as a military conquest. But for all its reach, the Roman conquest yielded little evidence of warfare or a disruption of power within excavated settlements across Italy, according to author Nicola Terrenato.

Instead, Terrenato thinks that elite Roman landowners and politicians offered positions of political power to non-Roman nobles in order to woo them into their empire. A wealth of recently digitized inscriptions shows local aristocrats surviving the conquest unscathed. Some of these aristocrats even thrived as politicians in Rome.

“It seems the Romans said, ‘Come quietly and be a part of this, and you will not only preserve local power, but also have the chance to play the big game in Rome,'” said Terrenato, author of the book “The Early Roman Expansion into Italy.” 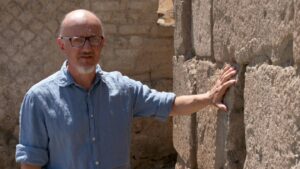 Nicola Terrenato, an archaeologist at the University of Michigan, contends in his new book that Romans built their empire through political diplomacy. Image credit: Nicola Terrenato

Terrenato’s research spans decades in the field across central Italy, most recently at Gabii. In the process, he realized that very few of the villages and farms in conquered regions reflected war-related destruction. Nor did the sites show a change in language or customs in local societies.

Had the conquest been very violent, as it is generally accepted, Terrenato argues one would expect to find evidence of disruption and radical shifts in leadership. Instead, there is strong evidence that the social and economic structures within these settlements remained the same, and the same families who were in power before the Roman expansion appeared to maintain their dominant positions. For instance, says Terrenato, family tombs of the local nobility continue long after this supposedly catastrophic event.

“Archaeological evidence allows you to see the material truth. You may have ancient historians saying that a city was sacked and destroyed, but when we excavate it, we see little destruction,” Terrenato said. “There must have been some process of negotiation by which Romans and non-Roman elites agreed on a grand bargain to rule the empire together.”