The end of the Castros era? 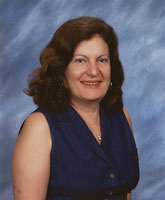 Silvia Pedraza University of Michigan professor of sociology and American culture, has spent decades researching the exodus of Cubans over the half century since Fidel Castro’s 1959 revolution.

She is the author of “Political Disaffection in Cuba’s Revolution and Exodus” and is currently working on a book comparing the Cuban and Venezuelan revolutions. Pedraza, who is bilingual, was born and raised in Cuba and immigrated to the U.S. at age 12 after the revolution. She has visited Cuba many times since, seeking to understand the impact of the revolution on people’s lives there.

Pedraza says the end of Fidel Castro’s brother Raul’s ruling is important, but it might not be life-changing for Cubans living in the island.

“It resonates symbolically as the end of the Castros era,” she said. “It will be the first time in over half a century that the leader of Cuba does not have Castro for its surname—the first time the generation that made the revolution is not at the helm.

“However, Raul Castro has chosen Miguel Díaz-Canel as his successor, and it is clear he intends to govern through him, rather than to let him be the real decision-maker.

“Inside Cuba, people are asking for real elections. In a recent letter written by three Cuban priests to Raul Castro, they asked for real elecciones, not votaciones, which is what they have in Cuba—people do not choose among contenders in an election, they vote to ratify the government’s choice. As it stands now, little will change in Cuba—other than the symbolic end of an era.”