The quantum brain: What a laser can tell us about the relationship between entangled photons and neurons 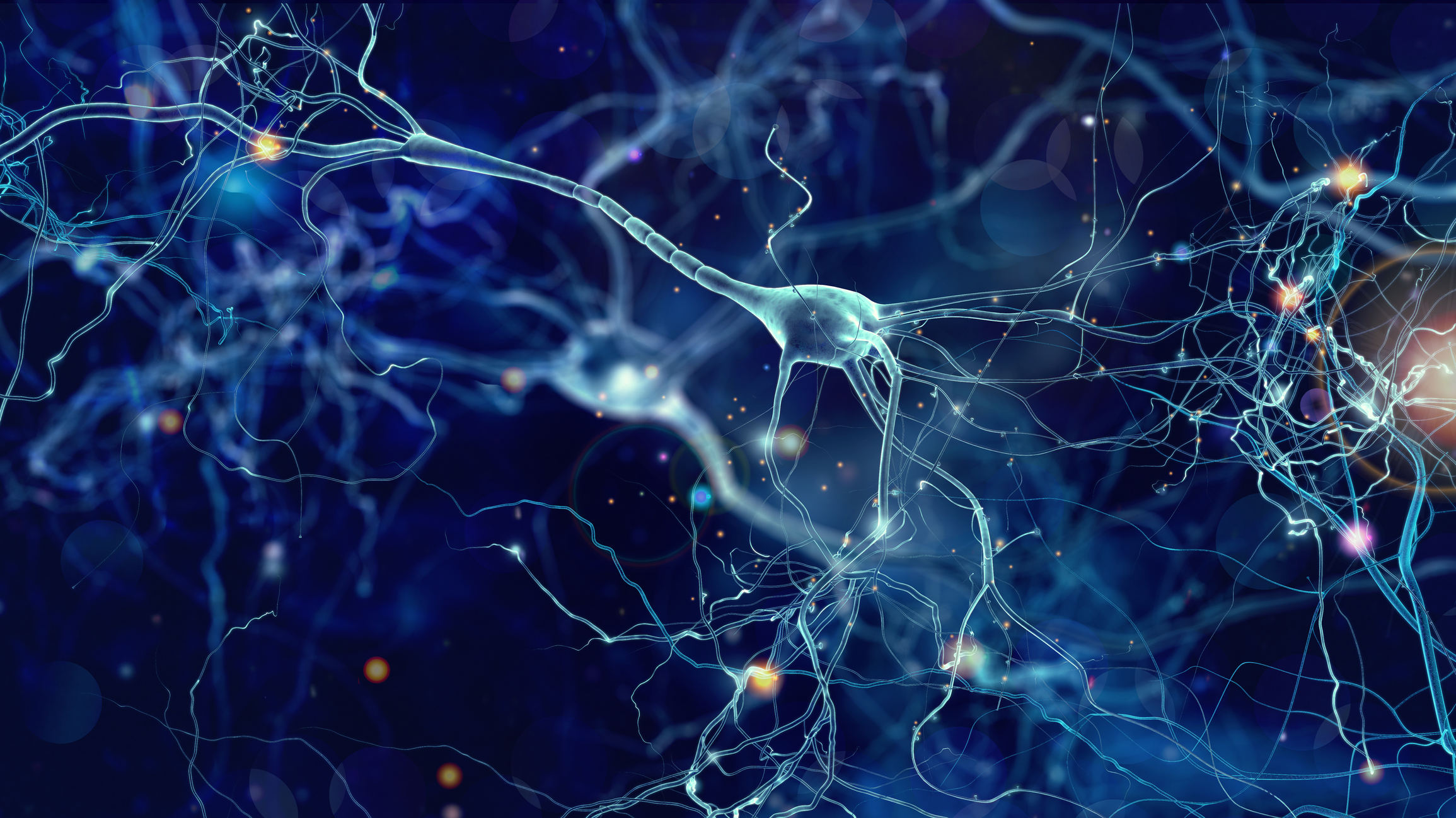 Anesthetics have been used for patients undergoing medical procedures for about 175 years, but doctors and scientists have never known exactly how these drugs disrupt consciousness in the brain.

University of Michigan professors Theodore Goodson III and George Mashour are investigating new approaches toward understanding this process. This collaboration, supported by the National Institutes of Health-funded Center of Consciousness, now sets out to further investigate the process in cells.

Goodson’s next phase of research will be supported by a grant renewal of $503,551 over the three-year time period from the National Science Foundation’s divisions of chemistry and physics.

The work of Goodson, a professor of chemistry, applied physics, and macromolecular science and engineering, and Mashour, a professor of anesthesiology and neurosurgery, examines the basic interactions between anesthetic ethers and quantum-entangled photons.

One study, published in Scientific Reports, explored the use of a laser-based quantum mechanical technique to probe anesthetic mechanisms. Bridging the gap between the operating room and the laser laboratory, the two researchers began exploring whether two anesthetic drugs in current clinical use, sevoflurane and isoflurane, could actually interact with entangled photons. Photons that are entangled means that even when a photon is not near its partner, affecting one photon influences the other.

To detect these signals, Goodson and Mashour used spectroscopic and microscopic methods developed by Goodson that use quantum light to examine atomic features that aren’t visible with classic light. What they found surprised them both: While nonentangled pairs of photons were able to pass through the anesthetic drugs without any interaction, a small fraction of the entangled photons did interact with the anesthetic drugs.

The entangled photon interactions with the anesthetic drugs lead to signals that are so small, they’re not readily detectable by traditional means using classical laser light
Theodore Goodson III

“The entangled photon interactions with the anesthetic drugs lead to signals that are so small, they’re not readily detectable by traditional means using classical laser light,” Goodson said.

Now, building on other research that showed entangled photons can transmit through brain tissue, Goodson and Mashour will use their quantum optical techniques to test the activity between entangled photons and live glial cells. These studies will be carried out in the presence and in the absence of the anesthetic drugs.

Understanding the biological and chemical processes important to the brain signaling process with this new tool may shed light on new mechanisms of how general anesthetics really work at a fundamental level, they say.

The researchers will use the information they learned while observing the interaction of the entangled photons with the anesthetics to track the signaling process in neurons and possibly within smaller structures in the brain tissue.

In addition to probing the biological and chemical signaling processes in the brain with their quantum optical technique, the collaborative research between Goodson and Mashour may offer the opportunity to investigate other important questions in neuroscience.

For example, this line of research may one day access even deeper questions about where consciousness resides. Modern neuroscience thinks consciousness, or our thought process, emerges from a network of neurons. Investigations with the quantum mechanical tools in the collaboration may allow the tracking of brain signaling activity and, possibly, later connecting this information to the question of consciousness.

“Scientists have been theorizing for decades about the connections between consciousness, unconsciousness and quantum physics,” said Mashour, who is chair of the Department of Anesthesiology and founded the Center for Consciousness Science. “This collaboration with Professor Goodson represents an exciting new direction with a quantum tool to look at these interactions more closely.”

Based on this and recent work from the Center for Consciousness Science, U-M is now uniquely poised to test virtually all major theories of consciousness, from the level of subatomic particles to large-scale brain networks. Studying brain signaling with this new quantum tool may help researchers develop new directions in neuroscience, more sophisticated pharmacology that addresses subatomic processes, and photon imaging in biology and medicine.