The universe may have been born spinning, according to new findings on the symmetry of the cosmos 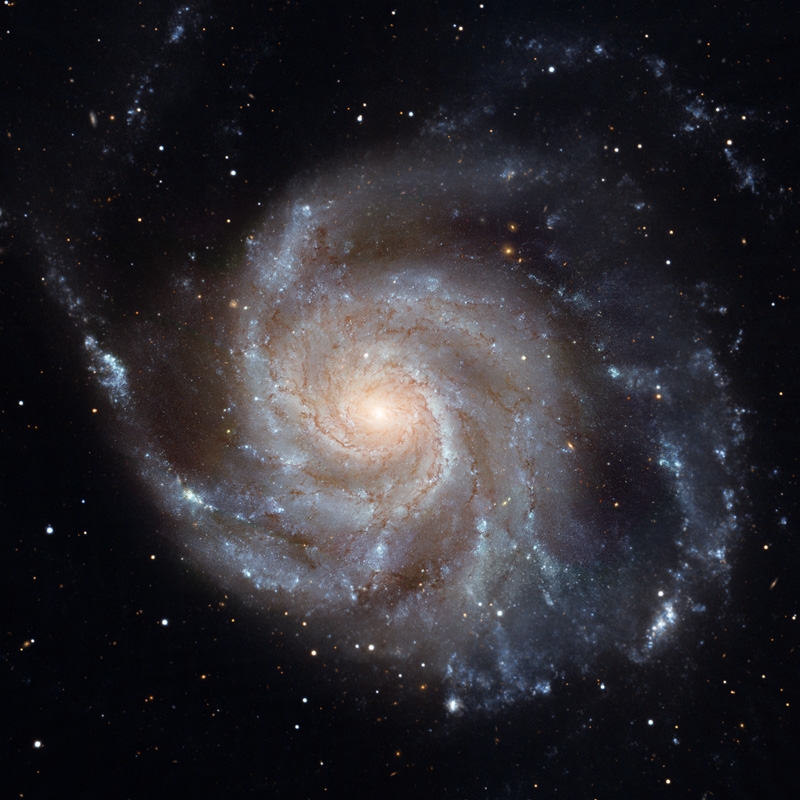 A new study found an excess of counter-clockwise rotating or “left-handed” spiral galaxies like this one, compared to their right-handed counterparts. This provides evidence that the universe does not have mirror symmetry. Credit: NASA, ESAANN ARBOR—Physicists and astronomers have long believed that the universe has mirror symmetry, like a basketball. But recent findings from the University of Michigan suggest that the shape of the Big Bang might be more complicated than previously thought, and that the early universe spun on an axis.

To test for the assumed mirror symmetry, physics professor Michael Longo and a team of five undergraduates catalogued the rotation direction of tens of thousands of spiral galaxies photographed in the Sloan Digital Sky Survey.

The mirror image of a counter-clockwise rotating galaxy would have clockwise rotation. More of one type than the other would be evidence for a breakdown of symmetry, or, in physics speak, a parity violation on cosmic scales, Longo said.

The researchers found evidence that galaxies tend to rotate in a preferred direction. They uncovered an excess of left-handed, or counter-clockwise rotating, spirals in the part of the sky toward the north pole of the Milky Way. The effect extended beyond 600 million light years away.

“The excess is small, about 7 percent, but the chance that it could be a cosmic accident is something like one in a million,” Longo said. “These results are extremely important because they appear to contradict the almost universally accepted notion that on sufficiently large scales the universe is isotropic, with no special direction.”

The work provides new insights about the shape of the Big Bang. A symmetric and isotropic universe would have begun with a spherically symmetric explosion shaped like a basketball. If the universe was born rotating, like a spinning basketball, Longo said, it would have a preferred axis, and galaxies would have retained that initial motion.

Is the universe still spinning?

“It could be,” Longo said. “I think this result suggests that it is.”

Because the Sloan telescope is in New Mexico, the data the researchers analyzed for their recent paper came mostly from the northern hemisphere of the sky. An important test of the findings will be to see if there is an excess of right-handed spiral galaxies in the southern hemisphere. This research is currently underway.

A paper on the findings, Detection of a Dipole in the Handedness of Spiral Galaxies with Redshifts z~0.04 is published in Physics Letters B.