The universe’s most massive stars can form in near isolation, new study finds 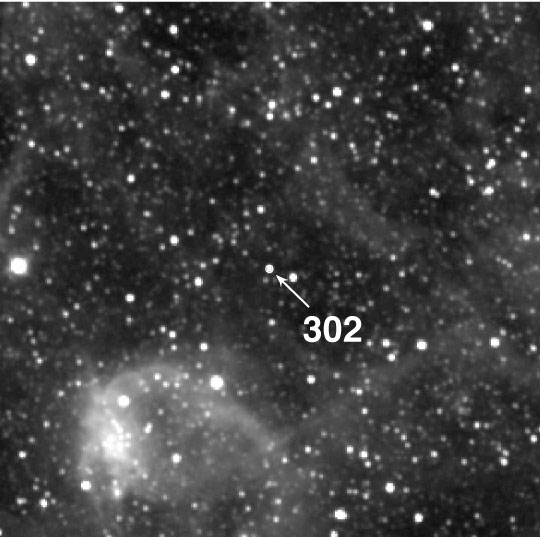 Star 302, as viewed from the ground. Courtesy of Joel LambANN ARBOR—New observations by University of Michigan astronomers add weight to the theory that the most massive stars in the universe could form essentially anywhere, including in near isolation; they don’t need a large stellar cluster nursery.

This is the most detailed observational study to date of massive stars that appear (from the ground) to be alone. The scientists used the Hubble Space Telescope to zoom in on eight of these giants, which range from 20 to 150 times as massive as the Sun. The stars they looked at are in the Small Magellanic Cloud, a dwarf galaxy that’s one of the Milky Way’s nearest neighbors.

Their results, published in the Dec. 20 edition of the Astrophysical Journal, show that five of the stars had no neighbors large enough for Hubble to discern. The remaining three appeared to be in tiny clusters of ten or fewer stars.

Doctoral student Joel Lamb and associate professor Sally Oey, both in the Department of Astronomy, explained the significance of their findings.

“My dad used to fish in a tiny pond on his grandma’s farm,” Lamb said. “One day he pulled out a giant largemouth bass. This was the biggest fish he’s caught, and he’s fished in a lot of big lakes. What we’re looking at is analogous to this. We’re asking: ‘Can a small pond produce a giant fish? Does the size of the lake determine how big the fish is?’ The lake in this case would be the cluster of stars.

“Our results show that you can, in fact, form big stars in small ponds.” 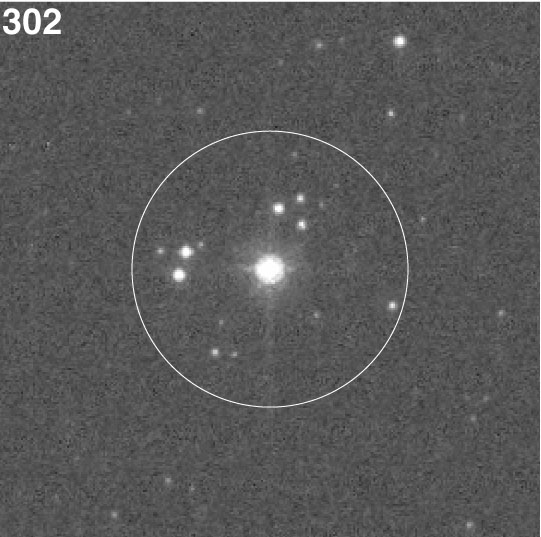 Star 302 as viewed through the Hubble Space Telescope, which can zoom in roughly 40 times closer. From the ground, everything within the circle appears to be one star. Courtesy of Joel LambThe most massive stars direct the evolution of their galaxies. Their winds and radiation shape interstellar gas and promote the birth of new stars. Their violent supernovae explosions create all the heavy elements that are essential for life and the Earth. That’s why astronomers want to understand how and where these giant stars form. There is currently a big debate about their origins, Oey said.

One theory is that the mass of a star depends on the size of the cluster in which it is born, and only a large star cluster could provide a dense enough source of gas and dust to bring about one of these massive stars. The opposing theory, and the one that this research supports, is that these monstrous stars can and do form more randomly across the universeâ€”including in isolation and in very small clusters.

“Our findings don’t support the scenario that the maximum mass of a star in a cluster has to correlate with the size of the cluster,” Oey said.

The researchers acknowledge the possibility that all of the stars they studied might not still be located in the neighborhood they were born in. Two of the stars they examined are known to be runaways that have been kicked out of their birth clusters. But in several cases, the astronomers found wisps of leftover gas nearby, strengthening the possibility that the stars are still in the isolated places where they formed.

The title of the paper is “The Sparsest Clusters With O Stars.” The research is funded by NASA and the National Science Foundation.