ANN ARBOR—Three University of Michigan researchers have been named 2019 Guggenheim Fellows by the John Simon Guggenheim Memorial Foundation, chosen from a pool of nearly 3,000 applicants.

U-M professors Anne McNeil (chemistry, macromolecular science and engineering), Erik Mueggler (anthropology) and Patricia Wittkopp (ecology and evolutionary biology, molecular, cellular and developmental biology) were among 168 scholars, artists and writers to win the prestigious Guggenheim Fellowships. The fellows are appointed on the basis of prior achievement and exceptional promise, according to the foundation. 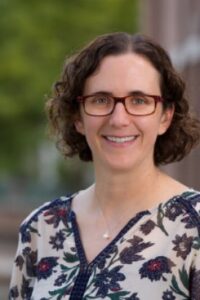 Anne McNeil is an Arthur F. Thurnau Professor and professor of chemistry and macromolecular and science engineering, where she leads a research group that uses chemical approaches to address societal problems in materials science. In addition, she has led several curriculum-based efforts aimed at inspiring more students to pursue STEM careers by introducing them to more authentic research environments at an early stage. She is also the founder of Diversify Chemistry, a database of underrepresented groups in academic chemistry.

“I am thrilled to be selected as a 2019 Guggenheim fellow,” said McNeil. “The fellowship will play an important role as I shift my research into some exciting new directions, including a focus on chemical approaches to reimagining the lifecycle of plastics.”

McNeil earned her doctorate from Cornell University and completed a postdoctoral fellowship at the Massachusetts Institute of Technology. 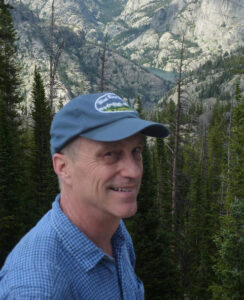 Erik Mueggler, professor of anthropology, has been working with mountain residents on China’s southwestern periphery for more than 20 years. His ethnographic work focuses on the ritual, linguistic and interpersonal resources that minorities in China have employed to confront the violence-laced campaigns of the socialist era and the systematic exclusions and deprivations of the present.

“While getting the Guggenheim fellowship is a wonderful honor, I also see it as a recognition of the value of the cultural resources that these folks bring to the table, which are often ignored or denigrated by the larger society,” Mueggler said. “This recognition is particularly significant at the present moment when some minority people in China are being ever more closely surveilled or even incarcerated because of their differences from the majority.”

Mueggler completed his undergraduate degree at Cornell University and earned his Ph.D. from Johns Hopkins University. 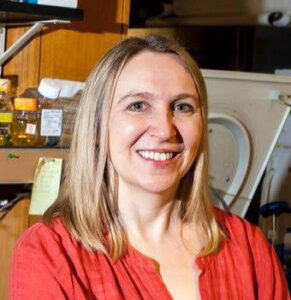 Patricia Wittkopp is an Arthur F. Thurnau Professor and the Sally L. Allen Collegiate Professor of Ecology and Evolutionary Biology and Molecular, Cellular and Developmental Biology. In collaboration with members of her laboratory, Wittkopp uses fruit flies and baker’s yeast to study the genetic changes responsible for differences among living things. These differences exist between cell types, between individuals of the same species, and between species. Understanding which DNA sequences in the genome cause these biological differences, and how they affect molecular activities within the cell, is one of the most pressing challenges facing medical researchers and evolutionary biologists alike.

“Being recognized by the John Simon Guggenheim Memorial Foundation with this award, in the company of scholars from such diverse fields, is an incredible honor,” Wittkopp said. “Support from this award will give me time to synthesize discoveries made in collaboration with my students and postdocs over the last 10 years, integrating these discoveries with findings from other labs will help bring the too often disparate fields of ecology and evolutionary biology and molecular, cellular and developmental biology closer together.”

Wittkopp earned her undergraduate degree from U-M, her Ph.D. from the University of Wisconsin and conducted postdoctoral research at Cornell University.

“It’s exceptionally satisfying to name 168 new Guggenheim Fellows,” said Edward Hirsch, president of the foundation. “These artists and writers, scholars and scientists, represent the best of the best. Each year since 1925, the Guggenheim Foundation has bet everything on the individual, and we’re thrilled to continue to do so with this wonderfully talented and diverse group. It’s an honor to be able to support these individuals to do the work they were meant to do.”

Since its establishment in 1925, the foundation has granted more than $360 million in fellowships to more than 18,000 individuals, among whom are scores of Nobel laureates, Fields Medalists, poets laureate, members of the various national academies, and winners of the Pulitzer Prize, Turing Award, National Book Award and other significant, internationally recognized honors.