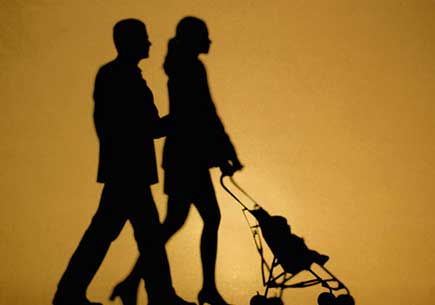 ANN ARBOR—The same hands that parents use to lovingly feed, clothe and bathe their babies are also commonly used to spank their bundles of joy.

A new University of Michigan study found that 30 percent of 1-year-old children were spanked at least once in the past month by their mother, father or both parents.

A long-time topic of debate, many parents in the U.S. spank their children. Previous research has focused on disciplining children as young as age 3, in part, because spanking is common among children of this age. Studies have shown that spanking is related to children’s greater aggression, depression and other negative behavior.

But the latest findings show that spanking is used on children who are so young that, in some cases, they haven’t even taken their first step.

Researchers examined 2,788 families who participated in a longitudinal study of new births in urban areas. The study indicated that spanking by the child’s mother, father or mother’s current partner when the child was a year old was linked to child protective services’ involvement between ages 1 and 5. During that time, 10 percent of the families received at least one visit by CPS.

U-M social work professors Shawna Lee and Andrew Grogan-Kaylor say that spanking babies is particularly misguided and potentially harmful, and may set off a cascade of inappropriate parental behavior. Their research is a snapshot of a larger problem: many people lack parenting skills that include alternatives to spanking.

“Intervention to reduce or eliminate spanking has the potential to contribute to the well-being of families and children who are at-risk of becoming involved with the (social services) system,” Lee said.

Perinatal well-baby clinical visits and home visitations after the child’s birth are opportunities for pediatricians, nurses and social workers to talk to parents about alternatives to spanking babies and toddlers, the researchers say.

The study, which appears in the current issue of Child Abuse & Neglect, was also co-authored with Lawrence Berger of the University of Wisconsin.