As interest grows in addressing the second leading cause of death for young people, researchers list the most urgent priorities for rigorous studies 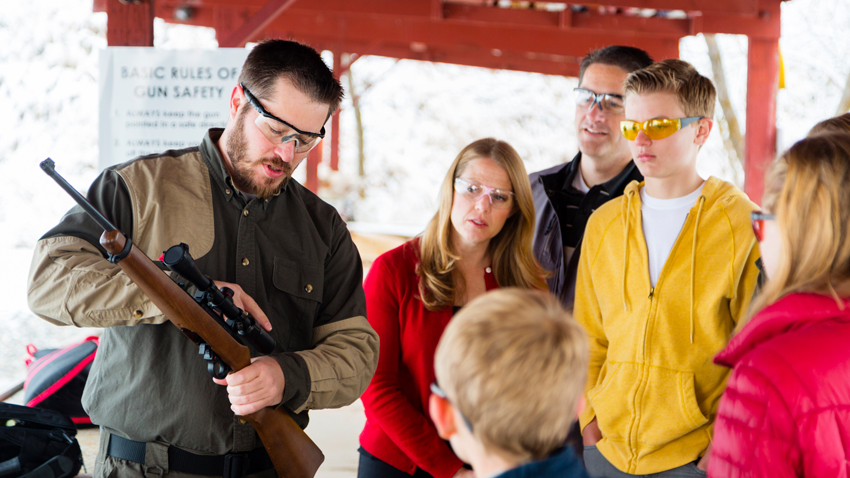 ANN ARBOR—Firearm injuries kill more American children and teens than anything else, except automobile crashes.

But research on how those injuries happen, who’s most likely to suffer or die from one, or what steps would prevent them, has lagged behind research on other causes of death in young people.

Meanwhile, firearm deaths among people age 19 and under have grown 44% since 2013.

Now, as more researchers and funding sources appear interested in pediatric firearm injury prevention research, a team of 24 experts from around the country has published a list of the 26 most pressing questions that they call for impartial studies to address.

Writing in the new issue of JAMA Pediatrics, the team lays out the list they developed after an extensive review of the existing scientific literature and a structured consensus-building process. Their effort involved input from stakeholders from organizations that represent gun owners, law enforcement, clergy, the educational community, firearm injury prevention advocates, medical organizations and more.

The team of authors includes researchers from 12 different universities and hospitals across the country. All belong to the Firearm Safety Among Children and Teens (FACTS) consortium, funded by the National Institutes of Health. They include academic scientists who have led most of the research on pediatric firearm injury prevention to date, and are led by a trio of University of Michigan injury prevention experts.

“Firearm injury prevention research could answer many questions, but we need to address the most urgent questions first and focus on what could bring death rates down fastest, just as we have with other causes of injury,” said Rebecca Cunningham, one of the leaders of FACTS and an emergency physician at Michigan Medicine, U-M’s academic medical center.

“Answering these questions in an objective, rigorous way will provide valuable information for the country to use, just as past research on automobile injury led to changes that cut the death rate for children and teens in half.”

Urgent questions across many topics

Some of the most urgent types of questions they identified, for which no definitive, research-based answers exist, include:

The full list of questions is published in the paper. Cunningham and her colleagues hope it will help guide funding agencies at the state and federal level, and foundations, as they consider which research proposals to fund.

A groundswell of interest

Cunningham said that in the past year, she and her colleagues have heard from many researchers who are interested in studying firearm issues.

“As funding is opening up right now, we need a roadmap for what we should be studying in all disciplines of research, and for agencies and foundations who want to invest in what will make the most difference,” said Cunningham, who is U-M’s interim vice president for research. “This is that roadmap.”

“Federally funded, peer-reviewed research is the most unbiased mechanism we have for answering societal questions,” Cunningham said.

FACTS has funds from its initial grant to support 10 pilot studies that can produce data to guide larger studies. Some are already under way, including a nationally representative survey of teens and adults about firearm-related behaviors, and an inventory of state and county firearm policies and their relationship to the risk of school shootings.

At the same time, FACTS has gathered or identified more than 60 existing pools of data that researchers can examine immediately for answers to urgent firearm research questions. It has made them available on the initiative’s website for free, with another 40 expected to be online this year.

All of this, the FACTS team hopes, will ensure that their colleagues will focus on the key issues with the most urgent questions.

“Conducting research in a timely way that can serve policymakers who are focused on these issues could help new policies be more evidence-based,” Cunningham said.

And as new laws are made, researchers should evaluate their effectiveness and compare outcomes with states or areas that didn’t pass such laws, she said.

“There’s been a giant momentum shift in the number of researchers, policymakers and organizations interested in having this information, and the number of clinicians deciding that this is their ‘lane’ and seeking to use proven approaches in their practice with families,” Cunningham said.

“This is very much parallel to what happened in the late 1960s and 1970s with automotive safety research. As researchers look to include this topic in their careers the first place they should start as scientists is to ask what’s been done and what are the most urgent questions. We hope we’ve provided that.”

Cunningham, Zimmerman, Carter, Walton and Prosser are members of the U-M Institute for Healthcare Policy and Innovation. Prosser directs the Susan B. Meister Child Health Evaluation and Research Center.

FACTS is funded by the National Institute of Child Health and Human Development (HD087149). The funding source had no role in the design and conduct of the study; collection, management, analysis and interpretation of the data; preparation, review or approval of the manuscript; and decision to submit the manuscript for publication.