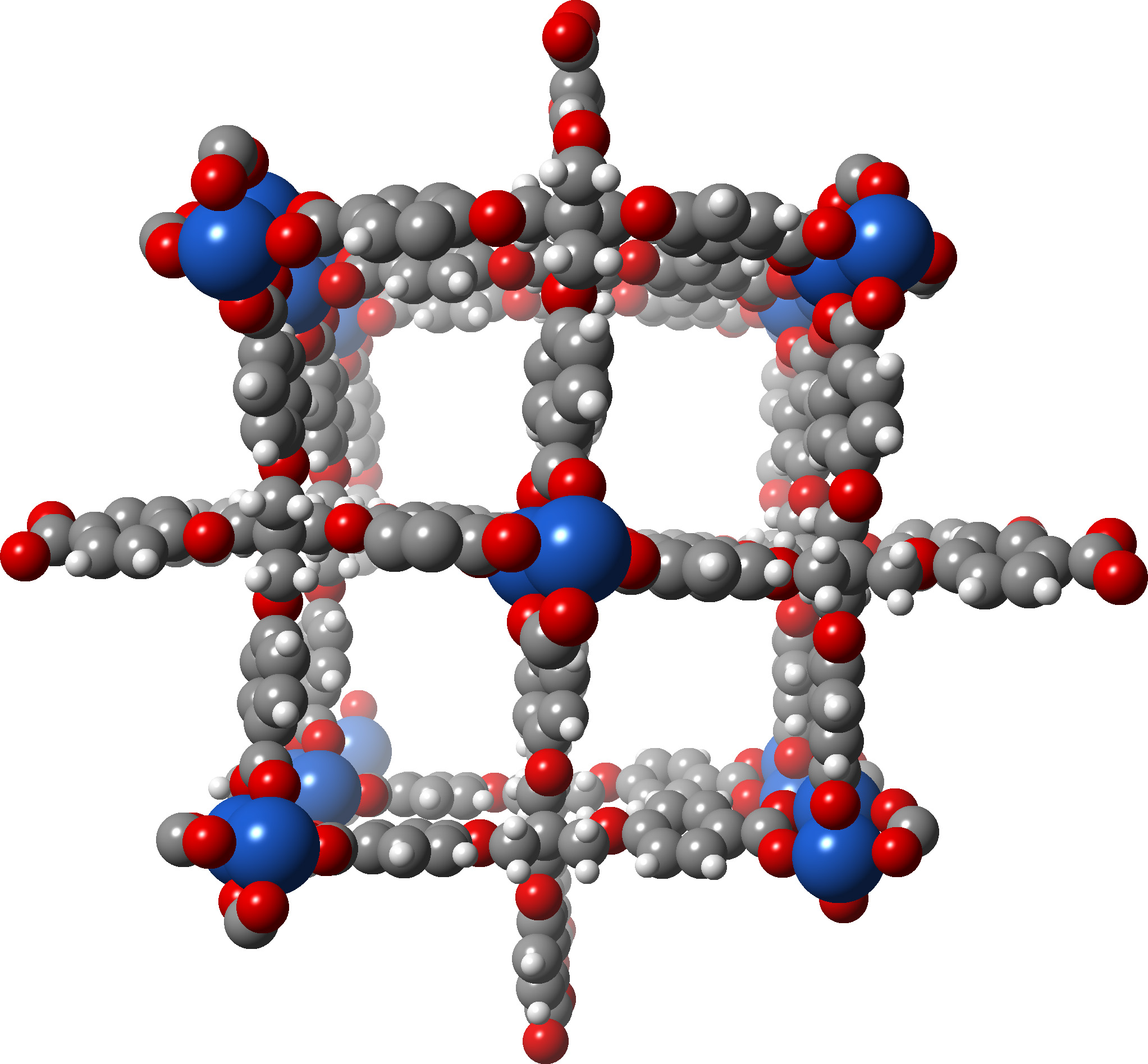 The multidisciplinary team has been awarded a $1.2 million Department of Energy grant for the project, which investigates man-made compounds called metal-organic frameworks, or MOFs.

Finding MOFs that can store hydrogen at high densities could eventually pave the way for a market-ready hydrogen powered-vehicle. Such a car’s only emission would be water.

The right MOF, in concert with many other research innovations, would make a hydrogen-powered vehicle’s user experience similar to a traditionally powered one. Drivers would be able to visit a station and pump hydrogen into an MOF-filled tank; when the driver hits the accelerator, hydrogen gas released from the tank would power a fuel cell.

Achieving driving ranges that are comparable to today’s conventional, gasoline-powered vehicles is an important goal.

Most known MOFs are included in a larger database of known organic crystalline materials called the Cambridge Structure Database. The database contains more than 600,000 entries, most of which aren’t MOFs and aren’t relevant for hydrogen storage. So Goldsmith wrote a program that combed the database for MOFs with the best possible combination of promising characteristics for hydrogen storage.

Within about a year, Goldsmith’s routines identified about 4,000 MOFs, and the team began further studying the characteristics of each until just a handful of promising MOFs remained. The exploratory research was initiated with the aid of a $40,000 seed grant from the U-M Energy Institute’s Partnerships for Innovation in Sustainable Energy Technology program. Additional support came from the DOE Hydrogen Storage Engineering Center of Excellence, which has sponsored Siegel’s hydrogen-related research since 2009.

The next phase of the project will be funded by the DOE Fuel Cell Technologies office and aims to synthesize and more completely characterize the promising MOFs identified earlier. The group aims to explore MOFs that, at least on paper, could meet the DOE’s 2017 targets for hydrogen storage systems.

“We have identified interesting materials that in some cases have been totally overlooked in the search for compounds that store gases,” Siegel said.